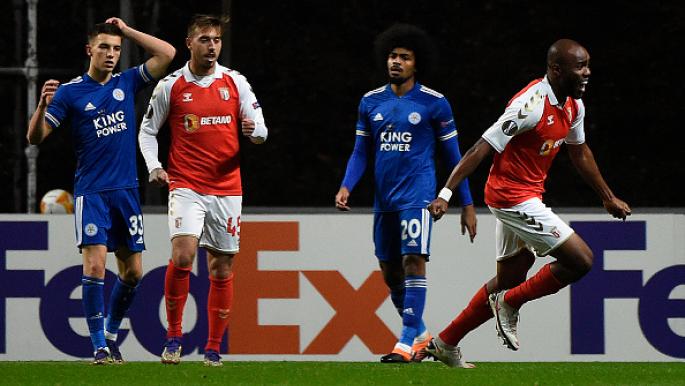 Al-Misrati, the star of the Libyan national team (Miguel Rioba/AFP)

Delayed transfer of the national team star AlibiAl-Mu’tasim Billah Al-Misrati towards a club that wants to include him, which prompted some candidates to withdraw from negotiating with his club, Sporting Braga and his agent, at a time when he hopes to win the best contract and move towards the English Premier League.

And the Portuguese newspaper “Abola” reported that the coach of Sporting Lisbon, Ruben Amorim, decided to back down and reject the Misrati deal, despite the great interest in his services for a long time, and his continuous communication with his agents to find a ground for agreement between them.

And if Sporting’s decline raises many questions, the Portuguese newspaper explained the situation after communicating with those close to the Libyan star, and confirmed that the midfielder refused to play in the capital’s team and told them that, ordering Amorim to make a media appearance in which he claimed that he rejected the player personally in order to avoid detracting from the value of his club.

Amorim has precedents with Arab players in the recent period, as he caused the departure of the Algerian international, Islam Soleimani, and refused his religious commitment to fasting the holy month of Ramadan, and claimed that the decision to abandon his services was the decline in his physical level and ignoring the goals he scored during that period.

Al-Mu’tasim Al-Misrati has become the focus of the interests of many European clubs, including the English, led by Wolverhampton and Fulham, who are returning to the “Premier League”, as well as Benfica, who insists on resolving the deal through negotiations dating back to each transfer period.