St. Helena: One of the most remote islands on earth

St. Helena is located between Angola and Brazil in the South Atlantic. At first glance, the island is not a particularly inviting place. Napoleon was exiled here in 1815. Steep mountains, dark volcanic rocks, hardly any plants stay here. Tourists hardly came until a few years ago, mainly because there was no airport on St. Helena until 2017.

Before that, a mail ship from Cape Town was the only connection to the mainland. A crossing with it costs the equivalent of up to 3600 euros per person. The opening of the airport brought the island at least a small tourism boom – after all, almost 4,000 flight passengers landed on the island in 2018.

With the corona pandemic, air traffic to St. Helena, as is currently the case almost everywhere in the world, has come to a standstill since March 2020, cutting off the island from the outside world as far as possible.

For centuries, St. Helena, which was often advertised as “the most remote place in the world”, had really not been separated from Europe. For the Portuguese, who discovered them in 1502, the uninhabited patch of land initially served as a supply station. They brought farm animals, planted fruit trees and replenished their drinking water supplies. Despite all the original secrecy, the strategically important location soon brought other major European powers to the scene. Dutch and English in particular fought over the island. In 1657 the British Crown transferred the rights to administer St. Helena to the British East India Company. The settlement began.

St. Helena has only 4500 inhabitants

The British influence cannot be overlooked to this day. In the British overseas territory, the Saint Helena pound is used to pay. The currency is pegged to the British pound. Left-hand traffic applies on the narrow streets. And the official language is also English. Even if the Saints, as the islanders call themselves, interpret the English in a dialect that is reminiscent of a yodelled mixture of Scottish highland gibberish and US southern slang.

The way of life differs significantly from the hectic pace of European metropolises. Everybody on the streets greets everyone with just 4500 residents. 200 years ago, however, it was this provincial who, against his will, brought the most famous islander – Napoleon Bonaparte – on the palm. From 1815 until his death in 1821, the French military dictator lived on St. Helena, exiled and guarded by the British, but in an upscale style.

Between November and March, whale sharks are the main attraction

Fine wines from Madeira and Cape Town as well as ham from Spain were delivered to Napoleon, who was also allowed to leave his house as he pleased, reports Trevor Magellan. “He could move freely, but where could he go?” Magellan, a long-time pensioner, usually takes tourists twice a week through the guest house where Napoleon lived the first seven weeks of his stay.

If you are looking for loneliness, you have to drive out of Jamestown today. The place with its shopping street and the small harbor is a kind of miniature center of the island. From here the boats leave, which take divers to the reefs, where colorful surgeonfish, rock groupers and moray eels frolic. The main attraction between November and March are the gigantic whale sharks that tolerate snorkeling companions.

In addition to the tourist boats, the old fishing boats still leave. Peter Benjamin is one of only seven professional fishermen who set sail in the morning at 4:00 a.m. to catch the shy bait fish first and then the thick yellowfin tuna under cover of the night. Whenever possible, he also takes guests with him.

Also interesting: these are the most isolated cities in the world 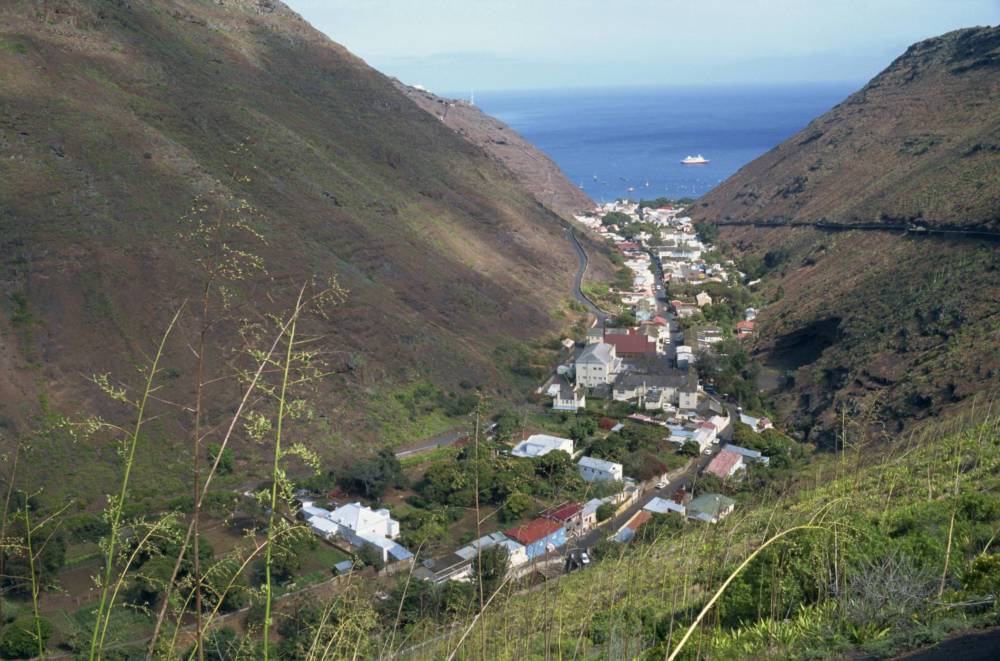 Most of the life of St. Helena takes place in Jamestown
Photo: dpa picture alliance

What is the best time to visit St. Helena?

Seasons don’t really exist on the island, daytime temperatures range between 20 and 24 degrees. The warmer months are January to March and the cooler months are June to September.

How do I get to St. Helena?

South African Airlink is the only airline that flies once a week (on Saturday) from Johannesburg with a stopover in Windhoek (Namibia) to St. Helena. Various airlines fly to Johannesburg itself. There are currently no flights due to the Corona pandemic (as of May 15, 2020).

Which currencies are accepted?

British and Saint Helena pounds are accepted everywhere, in some shops also euros and dollars. Since there are no ATMs on the island and only a few options for paying by credit card, it is advisable to exchange money in advance.

DISCUSSION. City of Antwerp leader in number of infections: m …

© Jan Van der PerreWith 85 cases in the past seven days, the city of Antwerp and...
Read more

Legia Warsaw: The fans ‘set fire’ to their rostrum to celebrate the title of Poland | Krakow | Wisla Krakow

Sunday july 12He Ministry of Health and Social Protection reported today 5,083 cases new from COVID-19, for a...
Read more

The story of a positive Bengali: “Around days in Rome, I will have infected someone”

He had had some symptoms for a week, the swab did it only on Thursday, in the meantime he...
Read more

The story of a positive Bengali: “Around days in Rome, I will have infected someone”

He had had some symptoms for a week, the...
Read more
News

Extraordinary competition for the role, who inserts 2019/20 accesses with reserve. Here because

Oil plunges due to corona and “US inventory”

“Everyone was surprised by your affiliation,” … your Sunday luck for Scorpios

Jacqueline Akiki presented the expectations of your luck today, Sunday, to Scorpios, at the...
Read more

Coronavirus, live: the advance of the pandemic and the search for the vaccine

The coronavirus continues to spread around the world, with new...
Read more