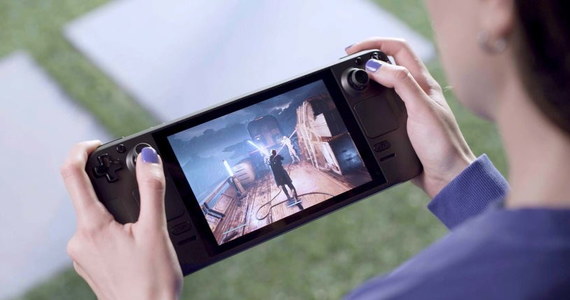 The developer stated in it that the company has achieved the level of performance necessary to launch the latest generation games from the entire Steam catalog. He added that there was no title that Steam Deck would not be able to handle. However, this is not supposed to be the case, and Valve designers could have meant hardware components ready for each game. However, there is software compatibility here, as a consequence some titles will not be launched on SteamOS or they are simply unplayable.

It should be noted here that CodeWeavers together with Valve developed the Proton technology included in SteamOS, thanks to which Linux users run titles reserved for the Windows operating system. Steam Deck running on SteamOS 3.0 will automatically use this tool. Proton supports 16,000 games and the base is growing regularly, so future users of the Valve console will not be able to complain about the lack of offers.

The owner of the popular video game platform announced Steam Deck, a portable console on which we will play most of the titles available on PCs. The device will go on sale in December. We will pay PLN 1,899 for the basic version, and PLN 3,099 for the best-equipped version.