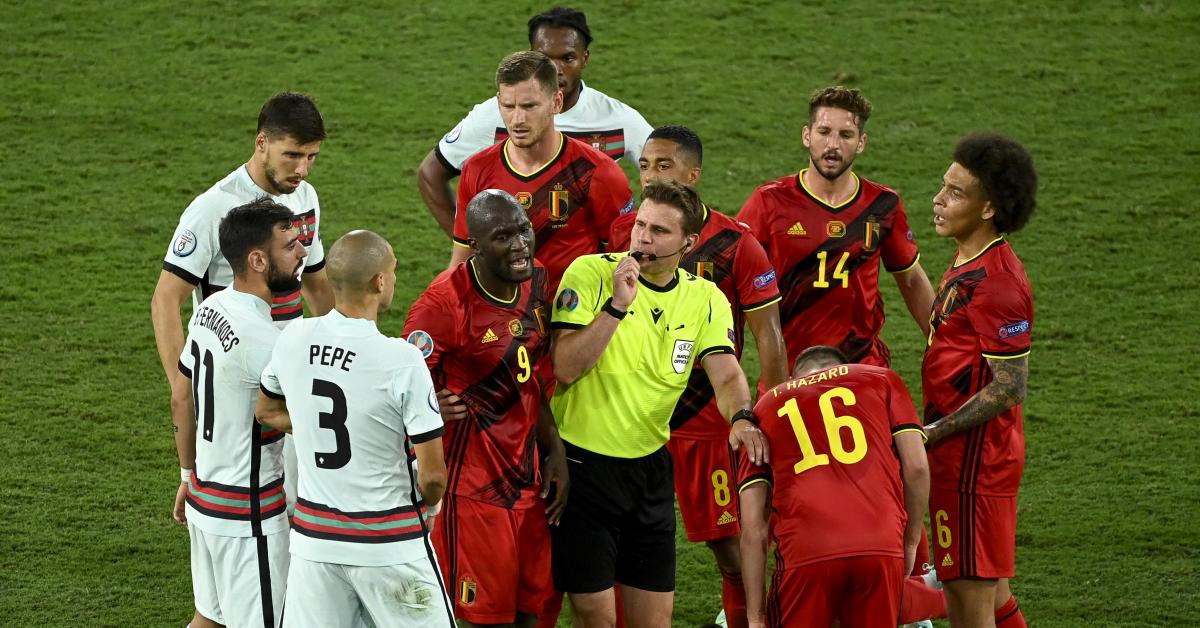 Stéphane Breda, our refereeing consultant, returned to the Belgium-Portugal match this Sunday in the round of 16 of the Euro.

The refereeing of Felix Brych (45) caused a lot of ink to flow this Sunday and Monday. At the whistle of the round of 16 between Belgium and Portugal, the German certainly did not deliver his best meeting, leaving the game to continue too regularly. Stéphane Breda, our arbitration consultant, shows his anger towards Mr. Brych.

“Honestly, the refereeing this Sunday was catastrophic. Without doubt the most catastrophic since the start of the Euro. We had already seen Felix Brych against Finland, he was lax by not whistling several faults. And this Sunday it was the same. I also find it very challenging that Belgium has inherited the same referee for two consecutive matches.

The fault of the Portuguese player on Kevin De Bruyne was on the verge of a red card, because he jams the supporting foot of our Red Devil. It’s not a regular tackle. He clearly put the player’s physical integrity at risk.

Then there is the non-exclusion of Pepe for the foul on Thorgan Hazard. With a double responsibility: that of not interrupting the game on a first fault and that of letting the game escalate. Pepe wants to kick his forearm, there was a lot of frustration on his part. But I do not understand why the VAR did not intervene. Because that could certainly have changed the rest of the meeting. “

See also  Jude Bellingham: Why is Borussia Dortmund Vs Bayern Munich led by the referee who has set the score?