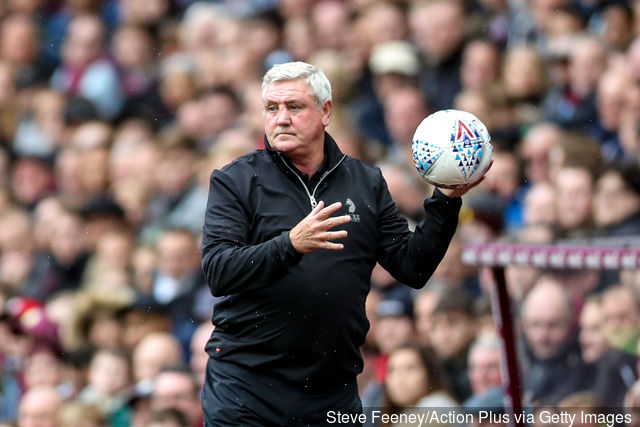 Veteran coach Steve Bruce has never felt wanted at Newcastle United from the start, adding that he would “likely” turn his back on football management for good after revealing the extent of the abuse he was subjected to throughout his tenure at the team.

Bruce, 60, left Newcastle today, Wednesday, after clinging to what might be his last job in his coaching career, during which he faced many difficulties, just two weeks after the club’s ownership was transferred to the Saudi Investment Fund on the seventh of this month.

Bruce attacked his critics, who he believes have not given him any chance during his 25 months in charge of Newcastle.

Bruce’s comments were quoted by the British news agency (BA Media) in an interview with the English newspaper (Daily Telegraph), where he said, “By the time I arrived in Newcastle, I thought I could handle everything thrown at me, but it was very difficult.” .

Bruce added, “Never really being wanted, feeling like people want me to fail, and constantly reading people saying I’m going to fail, that I’m useless, worthless, stupid, and tactically incompetent. It’s been happening since day one.”

“When we were doing well in terms of results, it was ‘yes, but the style of play was mediocre’ or I was just ‘lucky’,” Bruce explained.

“I tried to accept this situation, you know. I’ve always enjoyed fighting, proving people wrong, but that’s all it looked like. A fight, a fight, and this situation had a negative impact because even when you win a match, you don’t feel like you’re winning the fans.”

Bruce also revealed the impact the experience had on him and his family, and in particular his wife Jan.

“It’s not just about me, it’s affected my whole family and I can’t ignore it,” Bruce said.

“They were worried about me, especially my wife Jan. What a wonderful woman, incredible, a wonderful woman, wife, mother and grandmother. She dealt with my father’s death, and her parents weren’t doing well. And then she made me worry about what I went through during the past two years.”

“She’s spent her whole life following me from club to club, and if I told her tomorrow that I was offered a job in China, or anywhere else, she’d say ‘Steve, is that OK for you, do you want to do it?’) and she would support me again,” Bruce recalled. “.

Bruce concluded: “I’m 60 and I don’t know if I want to face her again. We have a good life, so yes, my coaching career is probably over.”

Bruce’s departure was announced in a statement issued three days after the team’s 3-2 loss to Tottenham Hotspur in the Premier League at St James’ Park, as this was the 1,000th game in his coaching career.