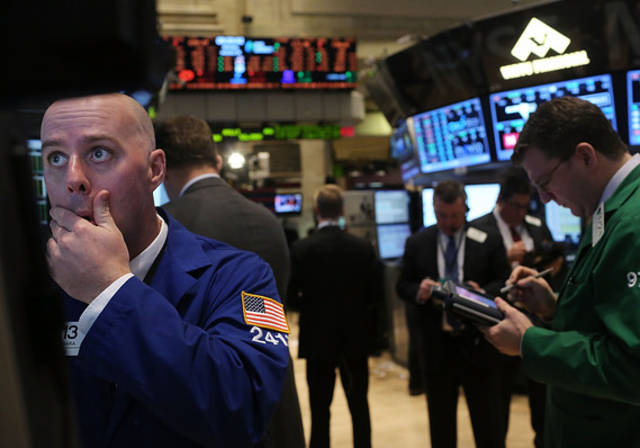 Mahmoud Gamal – live: At the end of the week’s trading, most global stock markets ignored the repercussions of geopolitical concerns resulting from the visit of US House Speaker Nancy Pelosi to Taiwan, bringing its index to its highest level in nearly two months.

Asian stock indices and US contracts rose during Friday’s trading, despite the Taiwan Defense Ministry’s announcement that 68 planes and 13 Chinese warships had penetrated the country’s center line.

This performance also came in global markets, despite China stopping cooperation with the United States in a number of areas, in addition to the Chinese Foreign Ministry’s announcement that it would also impose sanctions on US House Speaker Nancy Pelosi after her visit to Taiwan, which angered Beijing.

In the Asian markets, the Chinese Shanghai index rose by 1.19 percent, the Japanese Nikkei index increased by 0.87 percent, and the Topix index rose by 0.85 percent, while most European and European stock indices settled at their previous levels at that hour of today’s trading.

The “OPEC Plus” alliance agreed last Wednesday to a slight increase in supplies during September, while it pushed prices to decline yesterday, as Libya resumed crude production after a period of turmoil.

Analysts told “Mubasher Information” that oil prices have stopped falling below the level of $90 per barrel, in addition to the successive announcement of major listed companies about strong business results for the first half of the year, and the terrifying statements that have stopped raising interest rates at greater rates than before, made investors move on Purchases in stocks, which have already become at low levels regionally and globally, after being affected by the repercussions of the war between Russia and Ukraine. 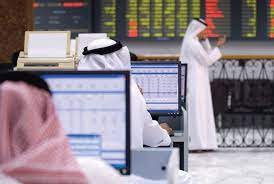 Taher Morsi, head of market research at Bullion Egypt, says that most of the Gulf markets are far from being greatly affected by the crisis between China and the United States, which began at the end of last week, expecting that the crisis will fade with the end of that visit, and then the region’s stock exchanges will continue to perform according to the stimuli. internal business results.

He explained that the Fed’s decision to raise interest rates by three-quarters of a point supported the positive performance in the region’s markets, despite previous hints of raising it by a full point to curb excessive inflation.

He pointed out that the Fed’s decision reinforced expectations about a decline in the rate of hikes in the future and the resumption of the accommodative path, for fear that the recession would control the economy. He stressed that all these factors supported the liquidity orientation towards investing in high-risk assets at the level of global markets, and the Gulf markets in particular, which enjoy high rates of inflows and foreign investments compared to other markets.

Mohamed Atta, director of trading at Universal Securities Brokerage, told Mubasher Information that the companies’ business results are promising by the end of the first half of the year, especially banks, in addition to the trend of major portfolios to positive monthly weekly closings for most indicators, and then increase purchases.

He pointed out that there is a desire by institutions and individuals to take advantage of opportunities in the financial markets now, before we enter the phase of economic stagnation expected by the end of the year or early 2023, explaining that the Gulf stock exchanges are also supported by the Federal Reserve raising interest rates by the expected range of 75 basis points. markets.

For her part, Hanan Ramses, an economic expert at the “Freedom Securities Brokerage Company”, confirmed to “Mubasher Information” that the Gulf markets continue to rise because it diversified its investment and direction, and is no longer limited to the petrochemical sector, but rather extended to the energy sector, especially electric and clean energy, and new sectors such as Leisure, Tourism and Aviation
Its investments left the Gulf markets to head to North Africa, Europe, Asia and America.

She indicated that despite the uncertainty in world markets due to the visit of US House Speaker Nancy Pelosi to Taiwan and the escalation of tensions between the United States and China, the Gulf and regional stock exchanges are expected to continue to rise as oil continues near the $100 level. Barrels and successive companies announced strong financial data.

Where is the Egyptian Stock Exchange headed?

As for the Egyptian Stock Exchange, where the thirtieth index achieved weekly gains by more than 7%, achieving the highest weekly gains in 4 months and recording the third consecutive weekly rise to close above 10000 points for the first time in about two months.

On the daily level, at the end of Thursday’s trading, the 30 Index jumped by more than 5%, recording the highest daily gains in more than two years, amid record liquidity that exceeded two billion Egyptian pounds.

The share of Beltone Holding had jumped by more than 4% at the end of the week, in conjunction with the bourse’s announcement of the implementation of a compulsory purchase deal by the UAE’s Chimera on 55.9% of Beltone shares, bringing the value of the deal to about 385 million pounds.

For his part, Mina Rafiq, director of research at Al-Marwa Securities Brokerage Company, explained to “Mubasher Information” that despite the development of geopolitical tensions after the visit of the US House Speaker, Nancy Pelosi to Taiwan, and the continued trend of central banks around the world in raising interest rates, which was The latest of which is the Bank of England raising interest rates by 50 basis points, but the sharp declines in the Egyptian Stock Exchange since the beginning of the year have led to the stock prices reaching attractive levels.

See also  I put tens of thousands of dollars worth of bills on my bike... I don't pay for repairs. I eat Kim Soo-hyun's insurance.

He expected that the Egyptian Stock Exchange would resume its upward journey during the second half of this year, even if it was interspersed with profit-taking in the coming days, amid anticipation of the new government proposals. It is likely that investors will take advantage of profit-taking operations in forming medium and long-term investment portfolios.

To trade and invest in the Gulf stock exchanges, click here