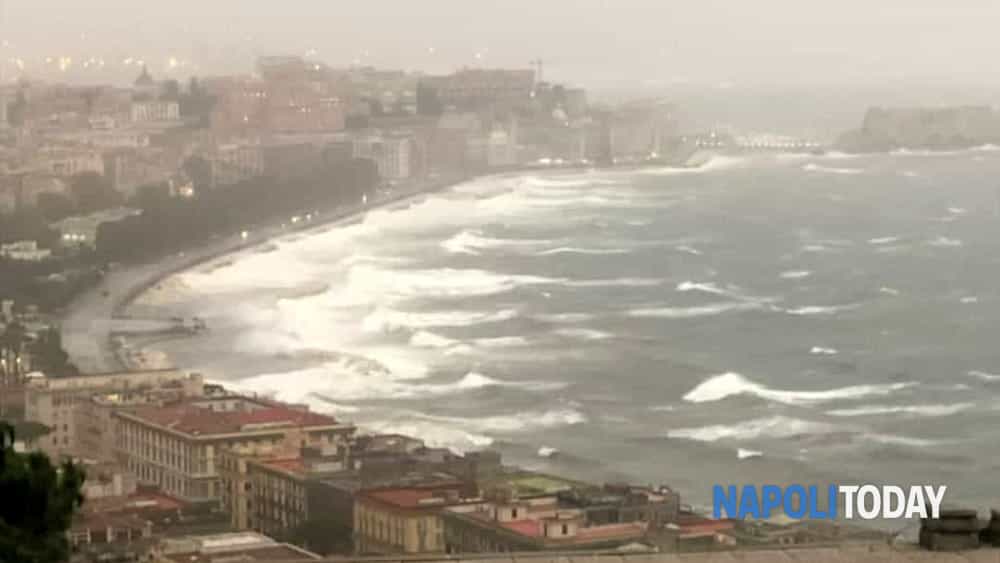 While the city is facing the usual inconveniences due to rain, the Civil Protection of the Campania Region has the weather alert has been extended by 24 hours “yellow” color already branched out from midnight yesterday to 11.59 today. The weather conditions will therefore remain on alert until 11.59 pm tomorrow Tuesday 23 November.

The criticality notice concerns the entire Province of Naples and the whole of Campania with the exception of zones 4 and 7 (i.e. Alta Irpinia / Sannio and Tanagro): scattered rainfall, showers and thunderstorms, even intense, associated with gusts of wind are expected .

From the point of view of the risk hydrogeological – explains the Civil Protection – there are possible phenomena of impact on the ground such as surface runoffs and possible phenomena of material transport; flooding of underground rooms and those on the ground floor; surface flow of water in roadways, regurgitation phenomena of rainwater disposal systems with overflow and involvement of depressed areas; raising of the hydrometric levels of watercourses, with flooding of the neighboring areas, also as a result of local criticalities (filling, narrowing, etc.); rock falls in several points of the territory; landslides and rockfall phenomena.

Also recommended by the Regional Civil Protection “the competent authorities to keep in place all the measures aimed at preventing and combating the foreseen phenomena, with particular reference to the hydrogeological risk which could give rise, among other things, to landslides and rock falls even in the absence of precipitation due to the saturation of the soilsAttention must be paid – concludes the note adding an aspect that yesterday it was not stressed – also to the “correct maintenance of public parks and structures exposed to wind stress“.

The inconvenience due to bad weather

The persistent rain today caused the flooding of several roads, including Corso San Giovanni a Teduccio. There the water made the tram tracks impracticable, so much so that Anm was forced to suspend lines 1 and 4.

“Following the road reconstruction work that took place at Vigliena in the San Giovanni a Teduccio area, the collection system for rainwater was modified. Result: road flooding, traffic and blocking of the tram service stopped in storage due to road impracticability“, was the comment of the USB syndicate.

Between 11 and noon the two lines were restored.