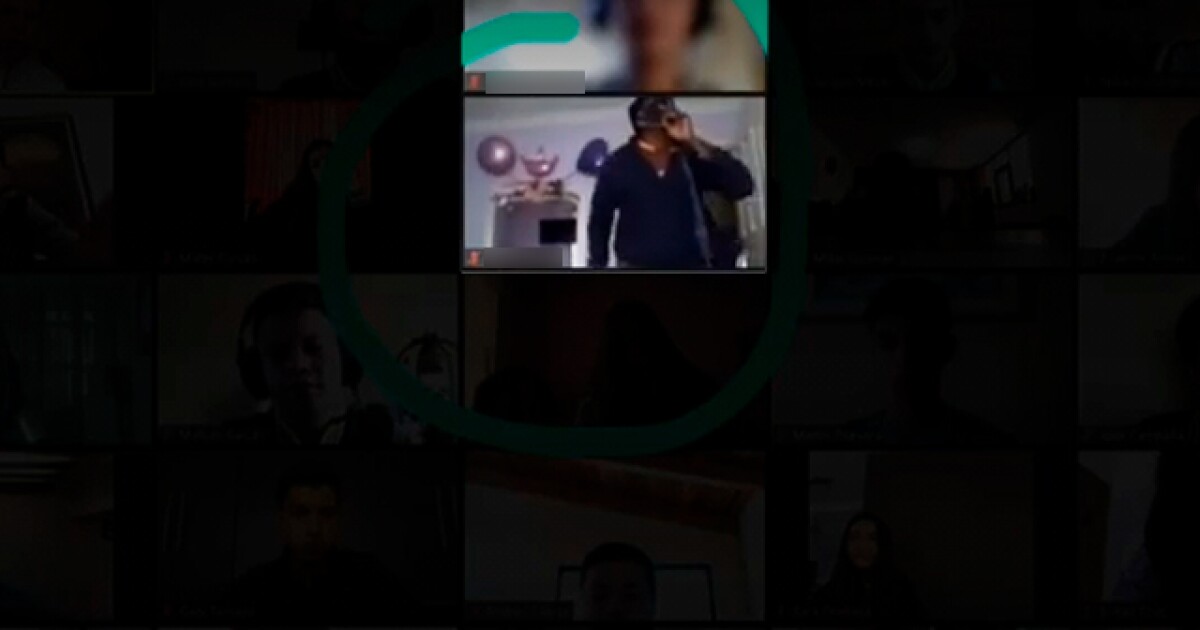 A young woman was assaulted at her residence, in front of her classmates, while attending a zoom class in Ecuador.

“Profe, they are robbing Majo’s house,” said one of the students who saw how three armed and hooded men entered his partner’s home.

“Does anyone know where the house is?” “Does anyone have the mother’s number?” They asked.

One of them claimed to have it and asked to call immediately.

The Ecuadorian Police reported shortly after that the subjects were captured and that the things they had stolen were recovered.

Among the stolen was the computer on which his colleagues saw the assault.