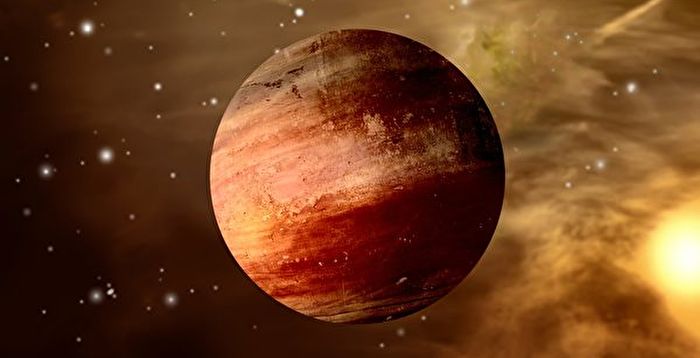 Scientists have discovered the planet from some phenomena observed on the stars it orbits, and can infer its volume and mass characteristics.

This planet, code-named GJ 367 b, is only 31 light-years away from Earth, and at a distance of oneRed dwarfIt takes only 8 hours to go around very close. The temperature of the planet’s surface can be as high as 1500 degrees Celsius.

Christine Lin told National Public Radio (NPR): “We guess that this planet may be like a molten iron ball. Most of the metal will be melted at that temperature. There may be magma on it, and there may be no atmosphere. , But this is not yet certain. What we know is that this planet is dense and its internal structure is similar to that of Mercury.”

Princeton University astronomer Joshua Winn said that if the surface of this planet is indeed covered by a vast ocean of magma and molten iron, then look up at the sea there and see the sky. The sun”-that’s what it orbitsRed dwarf, The size is 30 times the size of the sun seen on the earth.

So far, scientists have discovered nearly 5,000 exoplanets, but planets that orbit the star one day shorter than the earth are rare. Such fast orbiting planets are generally small in size and have rocky land. Joshua Wynn said: “Some people call them “hot earth”.”

Joshua Wynn explained that the current location of this planet is very strange. It may not be in this place at the beginning of its formation, because the temperature there is too high, and it is hard to imagine that the dust there will converge to give birth to the planet under such a high temperature.

However, its situation is very similar to that of Mercury in the solar system. For a long time, scientists have been unable to explain why Mercury is located in the solar system’s orbit closest to the sun, and its iron content is higher than that of Venus, Earth, and Mars.

One theory is that Mercury experienced a violent impact after its birth, and the outer layer of the rocky crust fell off, leaving a metal-rich inner core. Joshua Wynn explained that the discovery of the planet GJ 367 b made this explanation less reasonable.

Researchers don’t know if the similarity between this newly discovered planet and Mercury is a common feature of recent planets, Joshua Wen said: “But this provides an interesting clue.” ◇