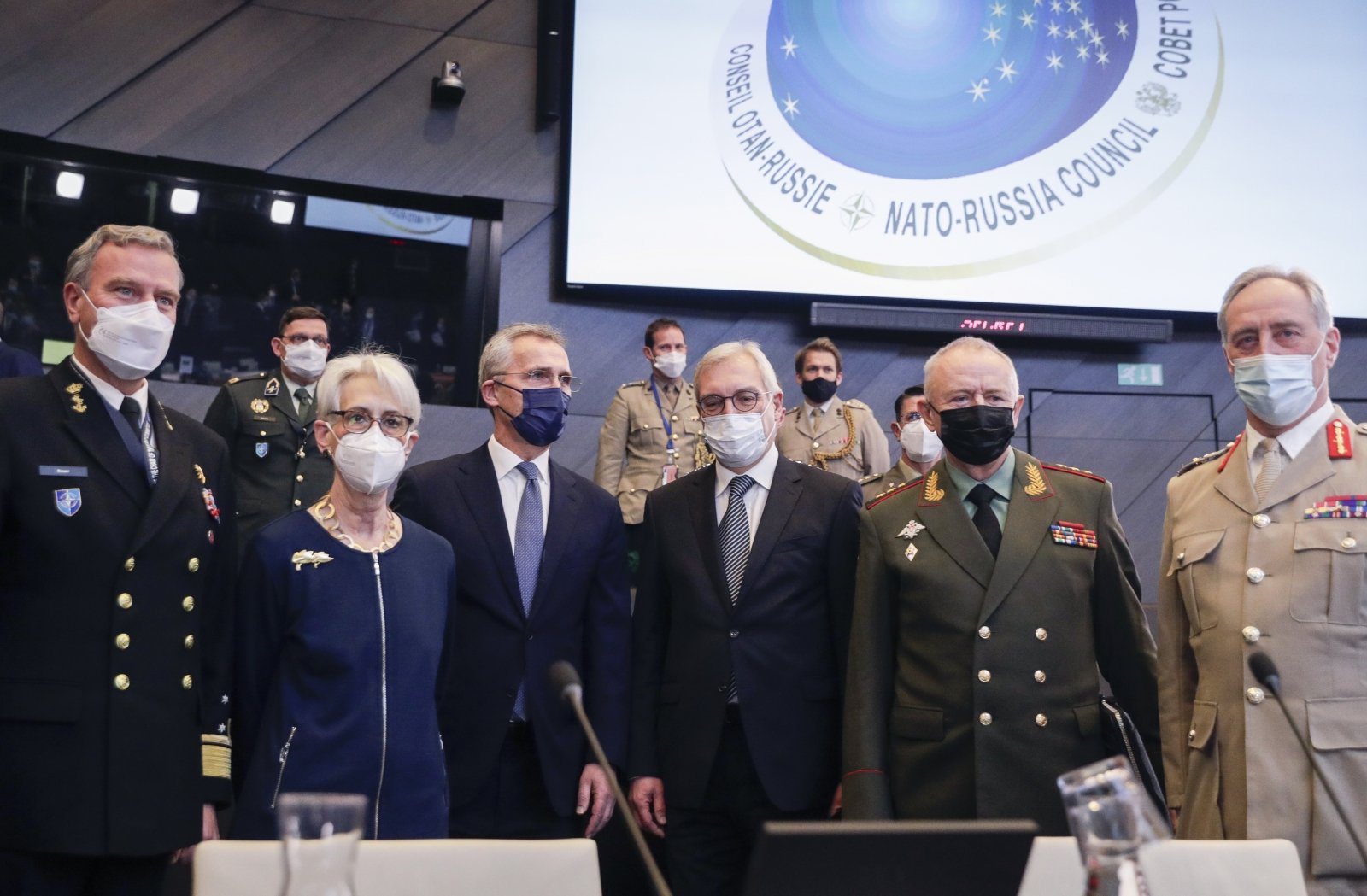 D. Matulionis spoke about his impressions at the meeting of the NATO-Russia Council on Wednesday in the “Radio Interview” program “Topical Interview”.

The ambassador noted that such meetings had not taken place for a year and a half.

“Russia’s Deputy Foreign Minister Grushko and their Deputy Defense Minister Fomin were present. There is also a large other delegation from Russia. In addition to the Secretary General, all NATO countries, which were represented either at the level of Deputy Ministers or Ambassadors, participated from NATO, ”said D. Matulionis.

The meeting, he said, was long enough and lasted about four and a half hours.

“This council is an ambassadorial council under the NATO-Russia Basic Document, which was signed in 1997. The level was raised here, as a number of deputy ministers took part, ”commented the Lithuanian Ambassador to NATO.

During the conversation, as D. Matulionis said, first of all, the common principled position of NATO was presented, what is acceptable to us and what is not.

“It was also emphasized that diplomatic solutions must be sought and the only way is to give diplomacy a chance. That seems to have worked. It was also made clear what principles we expect that dialogue to take place.

“The principles are also clear here: respect for international law, fundamental principles enshrined in the United Nations Charter, the Helsinki Act and other documents to which Russia is a party,” the ambassador said.

Other NATO principles were also emphasized.

“Provided that the right of each country to self-defense is respected, that territorial integrity, the sovereignty of the countries and the right to choose their own security measures, as well as the right to choose alliances, must be respected, reducing tensions, increasing transparency and reducing risks of potential military conflicts and to maintain more active contacts in both the military and civilian fields in order to avoid conflicts. However, we really take a united position, the ball is on Russia’s side, “said D. Matulionis.

Russia, according to him, in 2014. violated fundamental principles of international law.

“Therefore, we are not inclined to return to full-fledged cooperation with Russia at all levels, but it is really necessary to find ways to reduce that tension,” he said.

Mr Matulionis said that NATO Secretary General Jens Stoltenberg had proposed three thematic meetings of the Council in the near future.

“It simply came to our notice then. It wasn’t basically said yes, it wasn’t said and it wasn’t. We hope that some kind of talking process will continue in the future, but guarantee 100%. “We can’t see what the next few weeks will look like,” the ambassador said.

According to him, it is extremely important that Russia felt the unity of the West.

“In fact, the position of all our countries was united, there were no major differences. I think this is a great achievement and we should be proud of that. (…) It should have made an impression on Russia, “said D. Matulionis.

“The Russians have offered to start negotiations on their so-called security guarantee agreement. It has been made clear which principles we will not agree on where those problems are. There can be no negotiations here, so far we do not have a consensus on what we should talk about in the future, ”the interlocutor emphasized.

Nevertheless, as D. Matulionis noted, the atmosphere was “quite tense, but also quite diplomatic”.

“I would not say friendly, but there was no total hostility. Indeed, the positions of both the United States and the other major countries were clear, firm, firm, and it was made clear that if we wanted to talk, we must first de-escalate the situation, withdraw the army that is concentrated on the Ukrainian border. Only then can we talk. In the face of a military threat, what kind of dialogue can there be, ”he added.