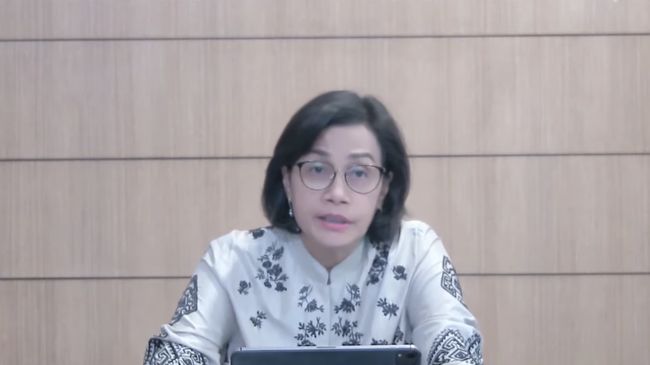 Jakarta, CNBC Indonesia – The realization of the State Revenue and Expenditure Budget (APBN) until the end of February 2022 recorded a surplus of Rp 19.7 trillion or 0.11% of Gross Domestic Product (GDP).

“In total, the State Budget has a surplus of Rp. 19.7 trillion, this is an extraordinary reversal compared to last year,” said Finance Minister Sri Mulyani Indrawati in a press conference on our State Budget, Monday (28/3/2022).

State spending until the end of February reached 282.7 trillion or 10.4% of the APBN. Ministry of Institutional (KL) spending is Rp. 78.6 trillion, non-KL spending is Rp. 93.6 trillion and transfers to regions and village funds are Rp. 110.5 trillion.

The customs and excise side as well as non-tax revenues (PNBP) also experienced significant growth, where they grew 59.3% and 22.5%, respectively.

The high revenue is influenced by the increase in commodity prices like a windfall for Indonesia. However, it should also not be forgotten that the economic recovery is still continuing.

“This is an extraordinary reversal. So receipts are strong but spending is restrained looks quite good but this does not describe the whole story of 2022, the journey is still quite long,” said Sri Mulyani.

“On the one hand, our state budget is being rehabilitated, but the state budget is asked to work extraordinarily hard again to protect the public from commodity price shocks through various expenditures such as subsidies,” he concluded.