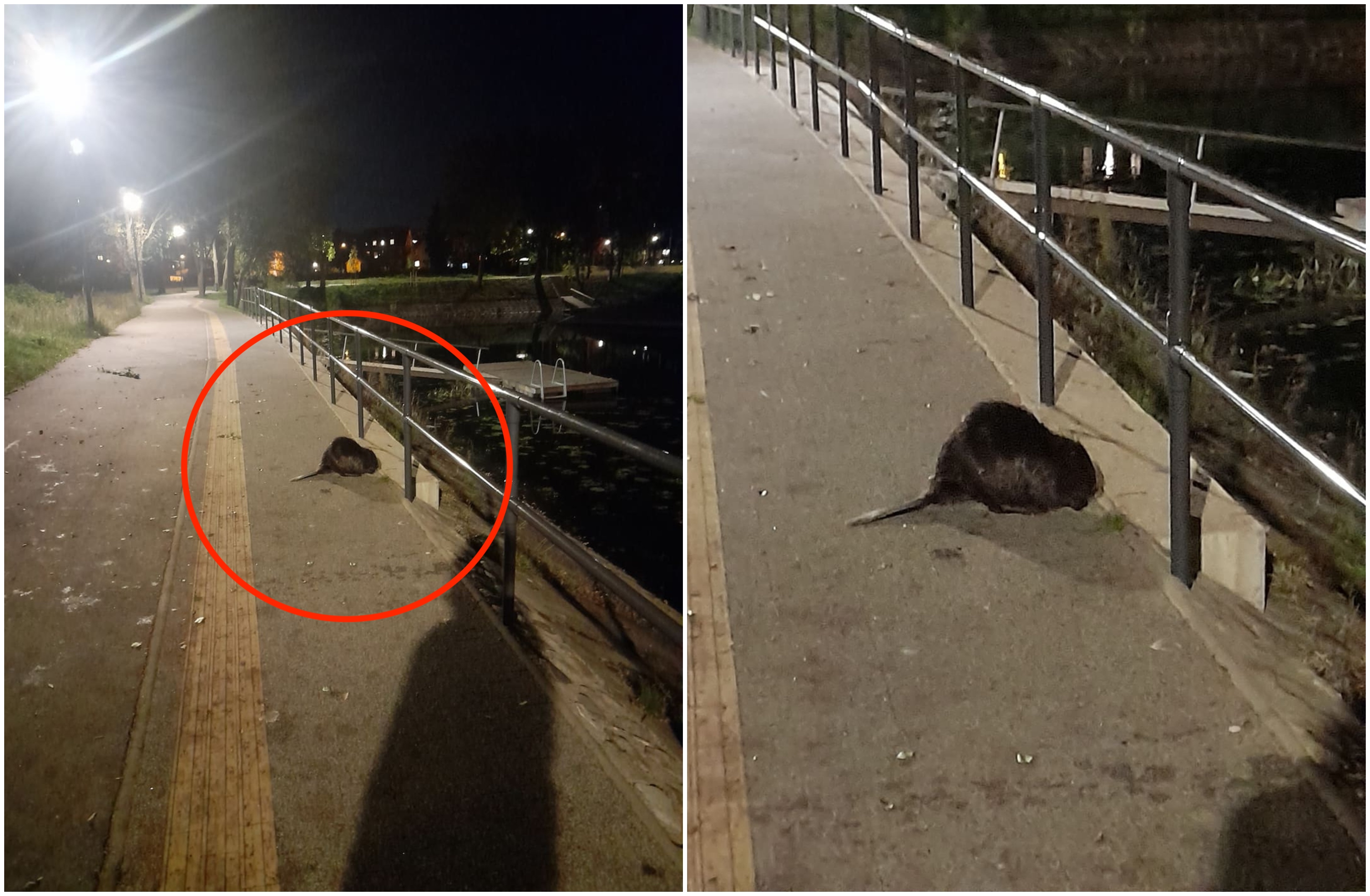 A Klaipėda resident who was walking around the Old Town was suddenly hit by a water creature. A beaver-like animal was captured on John’s Hill.

The Klaipėda resident photographed the animal during the dark hours of the day, so naturalists could not identify exactly who settled in the Jonas Hill estuary.

“I think it could be a young beaver. But it could also be an otter or a nutria. The otter is smaller and the head and hind legs of this animal are large. I lean towards the idea that it could be a beaver cub,” Biologist of the Maritime Museum Remigijus Dailidė.

The captain of the castle port Petras Petrauskas assured that the beaver had lost sight of the nearby port.

“He doesn’t live with us, he doesn’t pay rent,” joked P. Petrauskas.

A beaver would not be expected in the harbor, it would probably only cause trouble.

“Maybe there is a muskrat? Or maybe an otter? It is probable that the noise in the port expels aquatic creatures. Maybe that’s why they do not create here? They are looking for more remote places, where it is quieter,” P. Petrauskas noted.

The captain of the port explained that aquatic animals are not a problem for yachtsmen.

“They would not sneak into the ship, nor would they gnaw on the plastic. Chasing such a creature would not help anything. He chooses where to settle according to the nutritional base. It develops where there is something to eat,” said P. Petrauskas.

Biologist R.Dailidė speculated that the beaver juvenile will probably be recently expelled from the family.

“There are many beavers on the Dangė River, up towards Tauralaukis. In the beaches of the Seaside Regional Park “, explained R. Dailidė.

Five years ago, a shocking incident was recorded in the port city – the police grabbed and found out who was driving a beaver in the city center.

The beaver was not only persecuted, but also shot in the city center. The injured animal had to be killed by environmentalists.