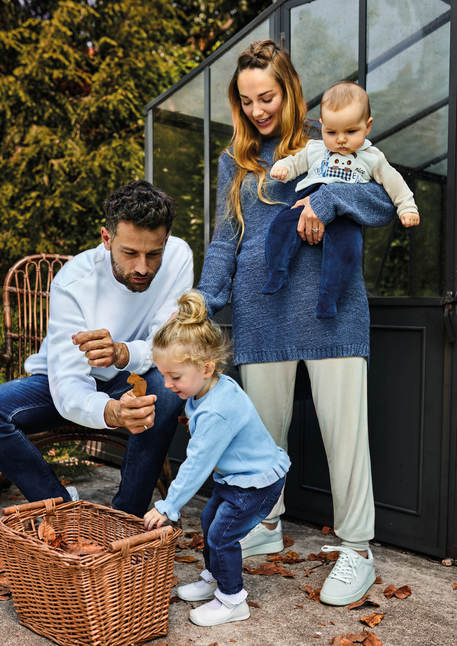 Sustainability is a widely used word but in fact it is still little known and above all practiced, with two out of three people describing themselves as distant and not very involved. This is what emerges from the survey ‘Sustainability, a practice suspended between saying and doing’ of the Observatory of Contemporary Families of Prénatal Retail Group carried out in collaboration with Bva-Doxa. The sample involved is 1948, including 1000 parents with children aged 0-14 and 948 employees of Prénatal Retail Group.
The survey was conducted in conjunction with the release of ‘Let’s Grow Together’, the group’s first Sustainability Report. “Ours is a key role, not only for the size and impact we have on an economic, social and environmental level, but also and above all because every day we are at the forefront of dialogue with parents and future parents, with the children of today and those who will be born “, commented Amedeo Giustini, CEO of Prénatal Retail Group. If 45% of the interviewees declare themselves very sensitive to the issue of sustainability, it is 38% who demonstrate effective attention in their behavior. defines involved is lowered further: 1 person out of 3 (28%) The good practices entered into everyday life are separate collection (76%), attention to water waste (70%).
In terms of knowledge of the topic, 54% of those interviewed know that sustainability means ‘a development process capable of satisfying the needs of the present generation, without compromising the future of the next’, but the share of those who he understands it in its triple meaning, environmental, social and economic. 36% of those interviewed then declare that they have paid more attention to sustainability issues over the last year. For 61% of people, institutions are the main subject that should deal with sustainability, in particular international ones, while for 24% of the interviewees the role of citizens is primary. Companies are indicated as significant by only 12% of the sample. In summary, there are three attitudes identified by the research towards sustainability: aware and sensitive (22%), otherwise inconsistent (44%) that is suspended between saying and doing, distant and insensitive (34%), they are simply not interested to the topic of sustainability.

In collaboration with:
Prénatal Retail Group