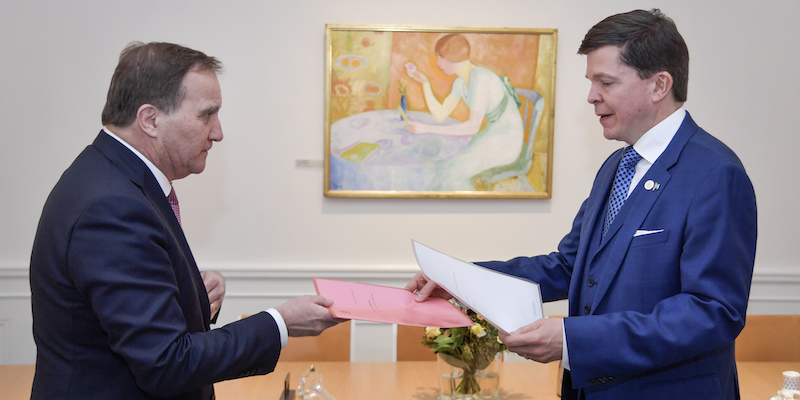 On Wednesday the Prime Minister of Sweden, Social Democrat Stefan Lofven, he resigned from his post: he had it announced last August, after several turbulent months for his government. In his place, the current Minister of Finance, Magdalena Andersson, who replaced Lofven as leader of the Social Democrats last week, is expected to be appointed first. If Andersson gains the confidence of parliament in the vote that is expected to take place next week, she will become Sweden’s first prime minister and will be in charge of running the country until the elections scheduled for September 2022.

Lofven is 64 years old and has been Sweden’s prime minister since 2014, but his weak government has faced various crises in the past year. June 28 he had resigned after the parliament he had voted no confidence against him, due to a disputed plan to regulate rental prices on newly built apartments proposed by the government. July 7 he had received anyway the confidence to form a new government. Then, in August, he said he would step down at his party’s national congress in November. In any case, he will continue to be head of the government until his replacement or substitute takes office.