January 25, 2023 image copyright Twitter photo comment, The artist, Munther Rayahna, is the hero of the Jordanian movie Al-Hara The controversy over the movie “Al-Hara” moved to the Jordanian parliament after a Jordanian government deputy demanded that the nationality of the film’s hero, Munther Rayahna, be revoked and that he be prosecuted. Representative Suleiman … Read more

is still controversial “Al-Hara” movie It continues in Jordan, after a deputy under the dome of parliament demanded the withdrawal of Jordanian citizenship from the actor, Munther Rayhaneh, because of his justification for the reality of the film as representing the reality of Jordanian society. Representative Suleiman Abu Yahya claimed in a legislative session of … Read more

The Jordanian street is still in a state of controversy after the movie “Al-Hara” was shown to the public Netflix platformBecause of the presence of offensive words for public modesty and profanity, the Jordanian citizen is not accustomed to listening to them in Jordanian artistic works. The events of the film take place in a … Read more

In the past few hours, news spread about the engagement of the hero of the Bab Al-Hara series, the Syrian actor, Maan Abdel-Haq, to ​​a Lebanese beauty queen. A young Lebanese woman named Nawal Mahmoud Al-Khair, but she is not a beauty queen and does not work in the field of lights. This engagement did … Read more

You are now following the news. She appeared as a skeleton.. The youngest star of the series “Bab Al Hara” shocked everyone with her slender body and rib cage (photos) and now with the details Riyadh – Ruwaida bin Abbas – Many pages specialized in art and celebrity news circulated, on social media, a picture … Read more You are now following the news of the heroine of the Bab Al-Hara series, taking off her underwear and dancing on a foreign song in a crude manner.. Watch (leaked video) and now with the details Riyadh – Ruwayda bin Abbas – Social media accounts concerned with news of stars and art published a bold … Read more 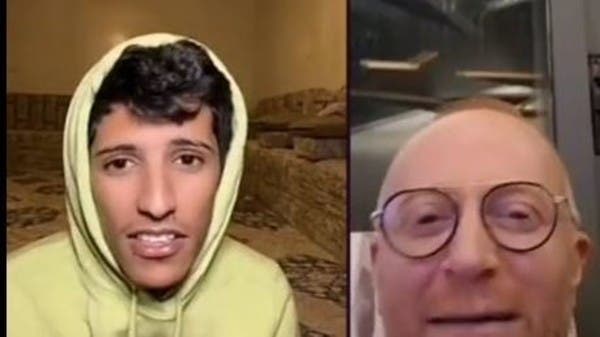 In a live broadcast via the Tik Tok application, a video clip of the Syrian artist, Musafa Al-Khani, was spread, with a Saudi TikToker. The “Nims”, the character that caused Al-Khani’s stardom, appeared in one of the parts of the famous “Bab Al-Hara” series, with Tiktoker in a challenge to sing. While the mongoose initially … Read more