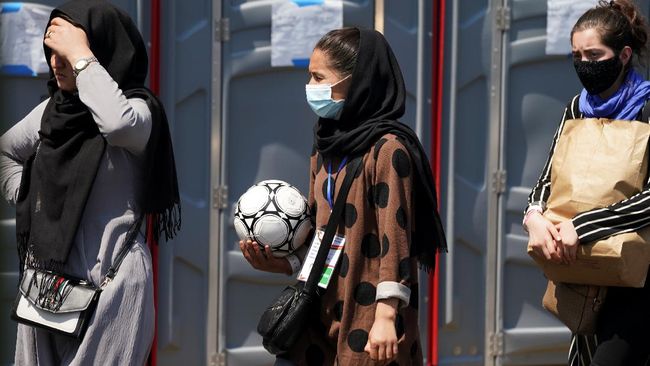 Government Taliban reopening the education system in Afghanistan. However, only boys can return to school.

The order was issued by the Taliban regime through the latest diktat of the education ministry on Friday (17/9).

“All male teachers and students must be present at their educational institutions,” the ministry’s latest regulation was quoted as saying AFP.

While the fate of female students and teachers is still a question mark, because it is not written in the latest order.

During the Covid-19 pandemic, schools in Afghanistan experienced repeated closures. All schools have been closed again since the Taliban took over the government in Afghanistan on August 15.

So far, the Taliban regime has only reopened schools at the primary education level. With a note in its implementation, classes for male and female students are separated.

Whereas previously the Taliban’s Minister of Higher Education, Abdul Baqi Haqqani, had guaranteed that women in Afghanistan could still receive education up to university level and even postgraduate level.

Haqqani also claims that Afghan women can now compete with university graduates from other countries. Although according to Haqqani there are some conditions that women must meet before they can continue their education.

For example, it is mandatory to wear Islamic clothing such as hijab so that the classrooms will be separated from men. In addition, Haqqani also said that the subjects taught to female students would also be reviewed.

The education system in Afghanistan has often separated students based on their gender. This policy has been implemented since junior high and high school which contains students between 13-18 years old.

This is because Afghanistan has long implemented Islamic law.

Although still often marginalized, Afghan women have been given space to be involved in society since the fall of the Taliban regime in power in 1996-2001.

Since then, Afghan women began to be free from school to work as members of parliament, judges, pilots, police. Since the US invasion toppled the Taliban in 2001, the number of schools has also tripled in Afghanistan.

The literacy rate of women in Afghanistan has also increased dramatically to 30 percent. The majority of these changes occurred in urban areas.

However, the rights of women in the country are again threatened after the Taliban came to power again.

The Taliban recently banned women from exercising, deeming them unable to work in government let alone as ministers, and forbidding women from working alongside men.

This series of rules is considered to reflect the Taliban who have not changed, happy to curb women’s rights, under the pretext of Islamic law according to their interpretation.

The United Nations also expressed concern about the future of women’s education under the current Taliban regime.

“It is very important that all girls, including older girls, can continue their education without further delay. For that, we need female teachers to continue teaching,” said the UN agency for children’s affairs (UNICEF).