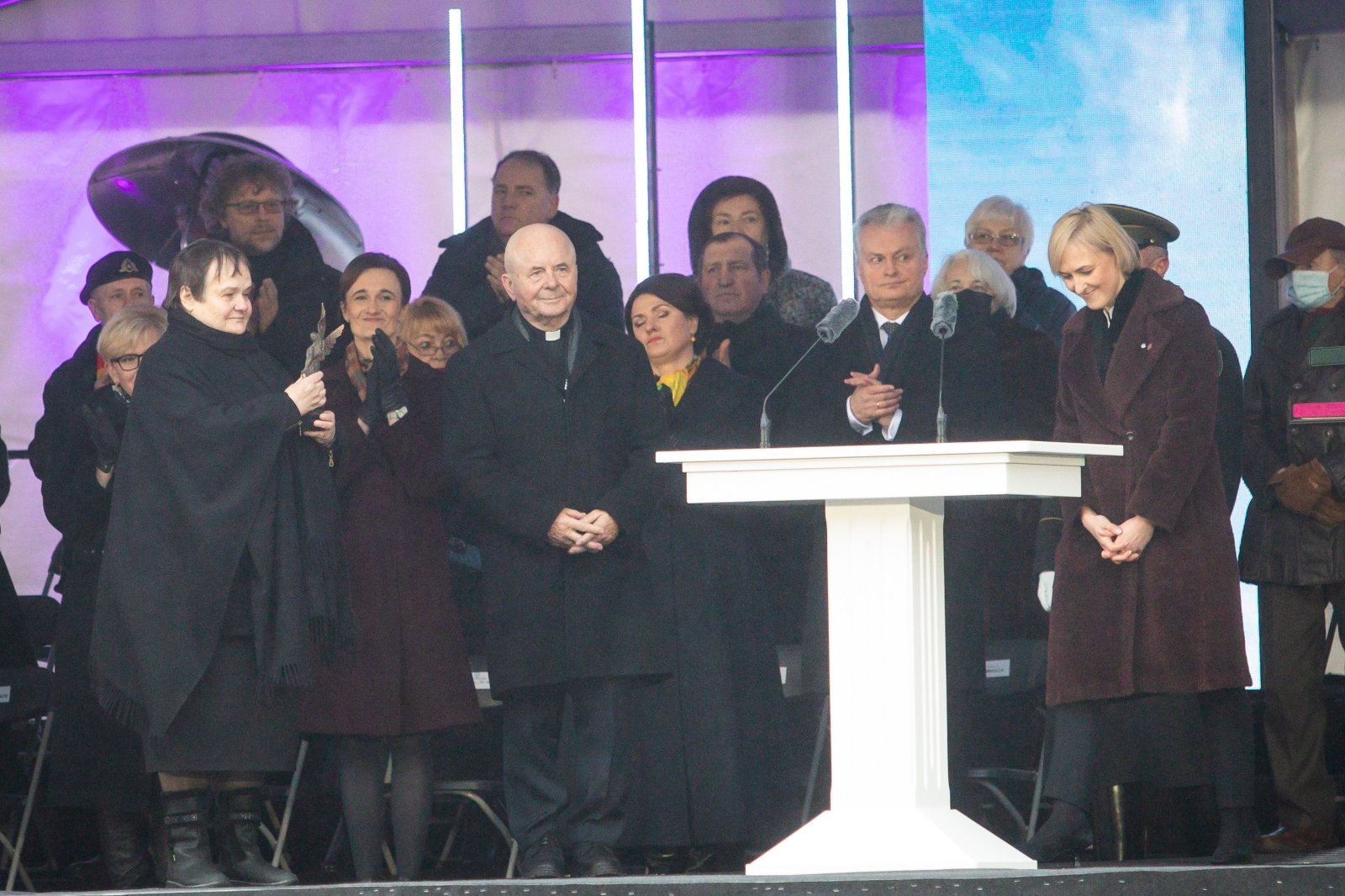 “I asked and prayed,” Lord, have mercy, for you do not know what you are doing. ” Independence Square the commemoration at the BNS said the cleric.

Several hundred invited protesters from the Lithuanian family movement and other political figures whistled, shouted and beat the drums in the square during the solemn celebration of the Defenders of Freedom Day and the award ceremony of the Freedom Prize.

This was done not only by Prime Minister Ingrida Šimonyte, Speaker of the Seimas Viktorija Čmilyte-Nielsen, Chairwoman of the Seimas Commission for Freedom Fights and the State Historical Memory Paulė Kuzmickienė, but also by one of the collaborators of the Chronicle of the Lithuanian Catholic Church Bernadine of the Freedom Prize.

“I understand that people may be dissatisfied with some decisions of either the Seimas or the Government, but on such a day, Lithuania’s Freedom Day, … I am missing words,” said S. Tamkevičius.

Together with B. Mališkaite, he withdrew the Freedom Prize in place of Jonas Boruta, the Emeritus of the Bishop of Telšiai in 1983–1989, who was unable to attend the Chronicle of the Lithuanian Catholic Church.

“We live in a free country, people may be dissatisfied with something, they may protest, but only not today, not on this occasion,” S. Tamkevičius told BNS.

Raimondas Grinevičius, the leader of the Lithuanian Family Movement, said that people came to Independence Square on Thursday to protest “against mandatory testing at the expense of employees, a passport of opportunities”, and the protesters demand the resignation of the government.

January 13 is commemorated in Lithuania as Freedom Defenders Day, honoring those who died on January 13, 1991 during the aggression of the Soviet army in Vilnius. The Soviets then tried to overthrow the legitimate government of Lithuania, which declared the country’s independence from the USSR on March 11, 1990, by military force.