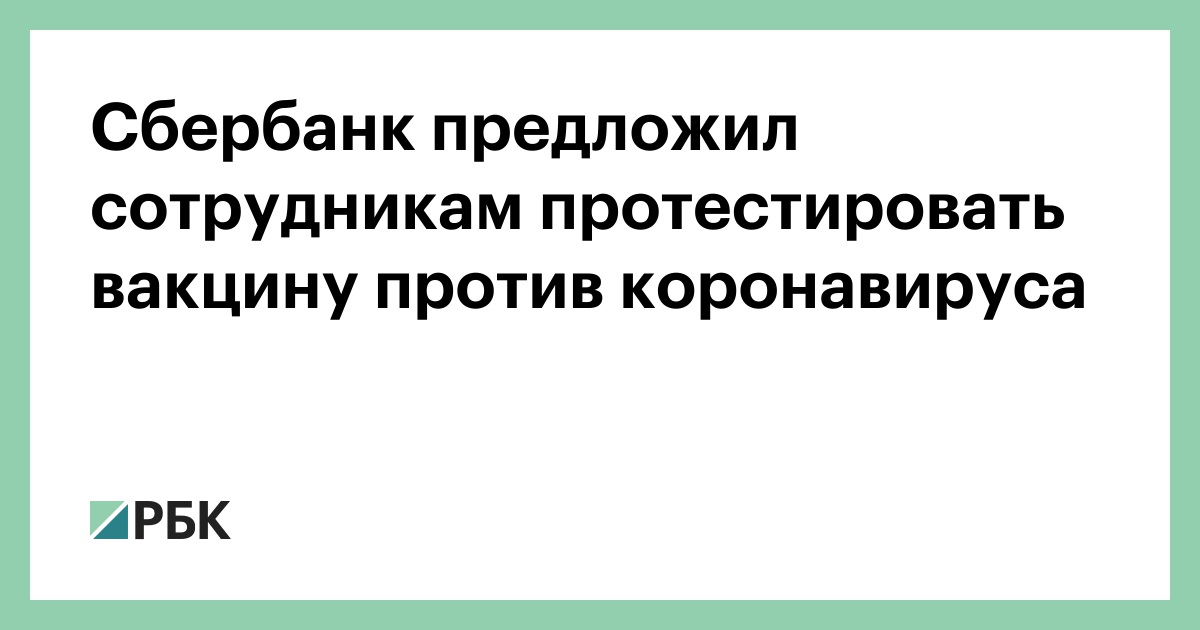 Sberbank sent employees a letter in which they proposed to become volunteers in testing the coronavirus vaccine. Earlier, the company allocated more than 3 billion rubles to create a medicine, including those collected by top managers.

Sberbank invited employees to take part in testing drugs against coronavirus. This was announced by the bank in an electronic mailing list for employees. RBC got acquainted with a copy of the letter, its authenticity was confirmed by an employee of Sberbank and two sources close to the bank.

In mid-June, clinical trials of the first vaccine sample will begin, which was developed in a letter written by the National Research Center for Epidemiology and Microbiology named after N.F. Gamalei. To take part in testing, employees are invited to study a list of criteria and contraindications for volunteers.

If a bank employee wishes to become a volunteer and has no contraindications, he is asked to write a letter to Arseniy Yushin, indicating his name, department and contact phone number. Arseny Yushin holds the position of assistant to the Deputy Chairman of the Board of Sberbank Olga Golodets, who oversees the healthcare industry and digital GR projects in the bank. RBC sent a request to Yushin and representatives of Sberbank.

Volunteers who decide to take part in vaccine testing must observe a two-week restriction of contacts with potentially infected individuals before the test and during the entire period of participation in the study (28 days), as well as all other prescriptions, are indicated in the letter.

The number of employees was sent a proposal to participate in the testing, the RBC interlocutors did not specify. At the end of 2019, 281 thousand employees worked at Sberbank