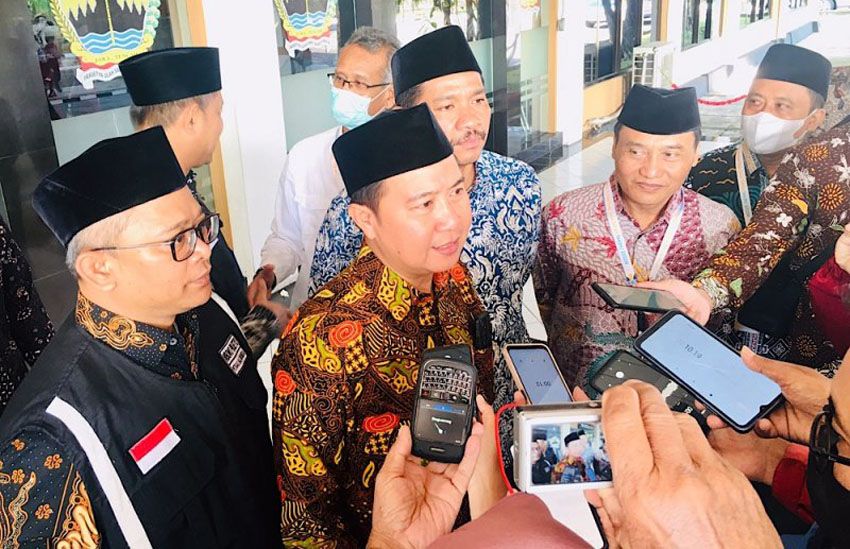 JAKARTA – Director General of Hajj and Umrah Organization (PHU) of the Ministry of Religion Hilman Latief asked the Saudi Arabian Government to rationalize the addition of Masyair service fees (Arafah, Muzdalifah and Mina). This additional reason makes the cost of organizing the Hajj pilgrimage (BPIH) 1443H/2022M in Indonesia swell in the range of Rp. 88 million to Rp. 102 million.

“The service fee in the community is 5,600 SAR, which if the exchange rate reaches Rp. 22-23 million. This is too high for a four-day service in Arafah, Muzdalifah and Mina,” Hilman said, quoted from the Ministry of Religion’s official website, Monday (15/08/ 2022)

Hilman said the Minister of Religion Yaqut Cholil Qoumas had also communicated this to the Saudi Minister of Hajj and Umrah Affairs some time ago.

Read also: Secretary General of the Ministry of Religion Releases the Last Group of Hajj Pilgrims Returns for 2022

“Hopefully there will be a more proportional policy from the Saudis for the implementation of Hajj next year, especially the cost of services in the community,” said Hilman.

Meanwhile, regarding the age limit for pilgrims, Hilman also hopes that there will be relaxation from the Saudi Arabian Government, because with the age restriction, many pilgrims do not go.

“Because we want to meet the expectations of the pilgrims, who are currently many who have withdrawn from leaving due to age restrictions. The Minister of Religion has also conveyed this to the Minister of Hajj and Umrah to review this (elderly age),” he said.

See also  Jamal's Story of Working on an "Online" Gambling Site at Penjaringan: Arrested, Tortured, and Stripped for Stealing Company Money Pages all

He also explained that there has been no departure of pilgrims for the past 2 years, which has extended the waiting list for pilgrims to two times. So that the waiting list which was originally 20 years has now become 40 years and what was 30 years has become 60 years.

“Hopefully, with the visit of the Minister of Religion, who has met with the Saudi Minister of Hajj and Umrah, he has also conveyed the concept of our concern about the condition of pilgrims in Indonesia who are in the queue of up to 5.2 million pilgrims,” ​​he said.

“And hopefully, God willing, next year and please pray that we can go the same way with a larger number, at least the quota can reach or approach 100%,” he said.