“The abuses are over”: López Obrador asked to investigate a company linked to Peña Nieto that received millionaire contracts

The President of Mexico, Andrés Manuel López Obrador, asked to investigate the contracts awarded to the company linked to the family of former president Enrique Peña Nieto, which he allegedly benefited by 12,000 million pesos, during his six-year term.

“You have to investigate if President Peña Nieto is involved and you have to see since when the company is operating, what contracts he has received. You have to review it, you have to see it, and see in the current administration they have received and why, if they were direct assignments, tenders ”, indicated.

López Obrador in his morning press conference assured that his administration is fighting corruption, and said that in previous governments, “corruption prevailed everywhere.” 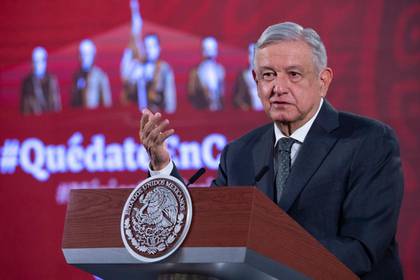 “What I can tell you is that we come from a regime characterized by corruption and it takes some time to clean. We are sweeping the stairs, it is sweeping, the government is cleaning, it is getting enough chlorine, disinfecting soap, cleaning, cleaning But it was a lot in everything, it was a lot. Corruption reigned in all fields, so before this work we have to apologize for the inconvenience caused by fighting corruption ”.

Given this fact, he reiterated that “We come from a regime characterized by corruption, which takes some time to clean ”; However, he stressed, in his government, “the abuses are over.”

“Now there is a controversy because the same thing happened with the pharmaceutical companies in the oil industry, in the electrical industry, now there are protests because they were doing juicy business in the Federal Electricity Commission, not only at the expense of the treasury, but affecting the people. So, it is being ordered and even if it is the whole world press, bulletins that are published by all the world press and in a good part of the national press and the media, we will not allow corruption, the abuses are over ”said the president.

According to a report published by The universal, a company founded For the family of former President Peña Nieto, she was benefited, granting him millionaire contracts for more than 12,000 million pesos during his six-year term. 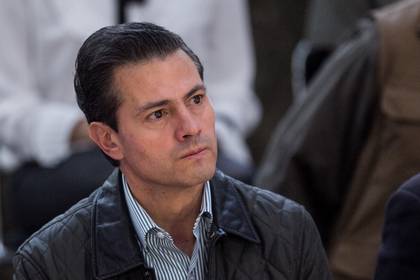 Through the Baxter International Inc. subsidiary, the pharmaceutical emporium was favored for more than 20 years with contracts from various federal and state agencies in the Health sector.

The family-owned business of sterile plastic, Plasti-Estéril S.A. de C.V., was founded in 1991 in Atlacomulco, State of Mexico, by Enrique Peña Nieto, his father Enrique Peña del Mazo, his uncle, his brother and the chemical petroleum engineer Víctor Manuel Monroy Naime, according to the investigation.

The numbers would indicate that the family business was benefited with more than 12 thousand 170 million pesos during the six-year term of Peña Nieto, from 2012 to 2018, for contracts awarded to Baxter International Inc. 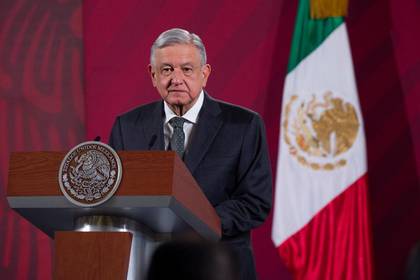 To date, the Peña Niet family companyor it has 52 movements registered with the Public Registry of Commerce of the State of Mexico. None of these movements manifests modification, integration or transfer of shares to other people.s. A change of shareholder should have been settled.

Through the collation of various documents held by the Mexican newspaper, according to the publication, it was possible to relate the two commercial companies and on the Compranet platform the amounts awarded to the pharmaceutical company were obtained.

In this way, it was found that Baxter obtained dozens of contracts between the years 2013 and 2018, almost the entire six-year term of Peña Nieto, which together, amounted to more than 1,000 million pesos each year. 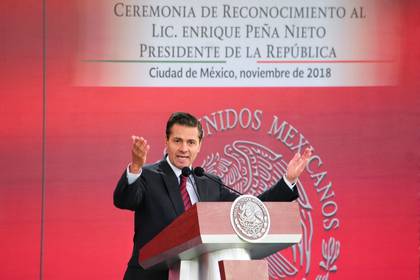 In 2015, the year of federal and state elections, the amount multiplied: the company earned 5,669 million pesos.

In 2014 Baxter was awarded the National Quality Award in the Health category, the recognition was given by Peña Nieto himself.

The National Quality Award “is the highest organizational distinction in Mexico that the President of the Republic awards to companies and institutions that are examples of excellence.”

The presidential term of former President Enrique Peña Nieto has been listed by journalistic investigations and specialists, as one of the most corrupt in the recent history of Mexico. On him and his closest collaborators weighs a great trail of cases of millionaire corruption that affected the public treasury. 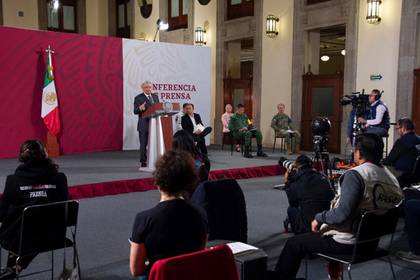 Although national and international media such as the influential American newspaper The Wall Street Journal, revealed that the Mexican authorities are investigating Peña Nieto, the federal government did not officially admit him.

But according to journalistic versions published this April 16 in the column Under reservation From the newspaper The universal, President Andrés Manuel López Obrador has already given the green light to investigate the accounts and financial movements of Enrique Peña Nieto and his closest circle, like his ex-wife Angélica Rivera.

At the end of August last year, the head of the Financial Intelligence Unit (FIU) Santiago Nieto, admitted in interview with Aristegui News, that the accounts of the former president in the national and international financial system were already being investigatedHe and even said that before the end of 2019 they would have the file complete. 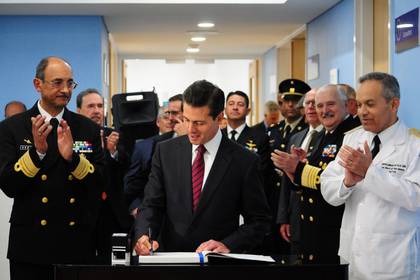 Although the latter did not happen, at least since the middle of last year there was already public talk of investigations against Peña Nieto, mainly, in the cases of former head of the Ministry of Social Development (Sedesol) Rosario Robles, related to The Master Scam ; of the ex-director of Pemex, Emilio Lozoya, and of the lawyer Juan Collado.

“I think everything points to (Peña Nieto), but I still don’t have any real evidence, that’s what we’re doing, we’re doing the investigation process”, said at that time the head of the FIU.

April registered a slight decrease in the number of homicides, Durazo reported

"I've heard all of your wishes...
Read more