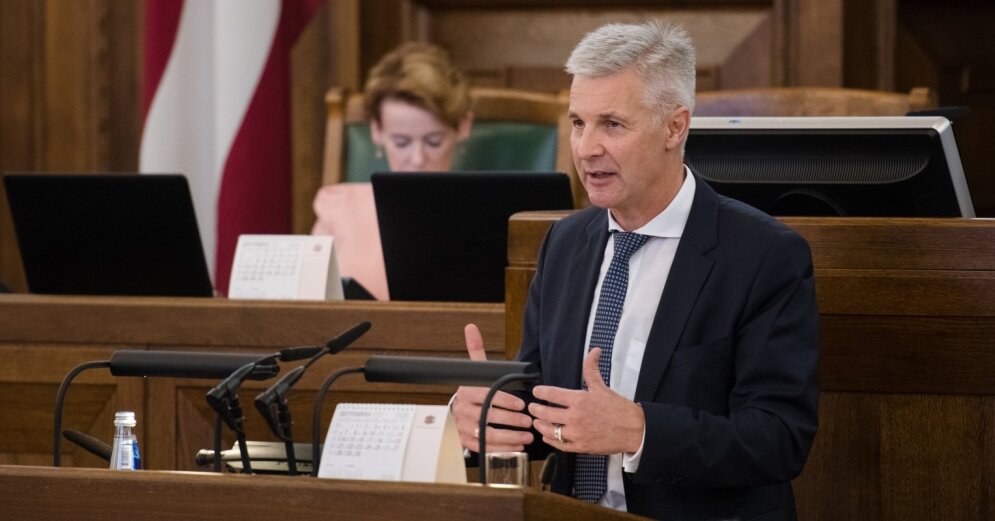 Sweden and Finland accession NATO will create additional security in the region by addressing it on Thursday, April 21st The Saeima deputies, the Minister of Defense said Artis Pabriks (AP).

Pabriks addressed the deputies before the conceptual support of the Saeima for the gradual increase of the state defense budget. The Minister began his speech by pointing out that the times have come when war is raging in Europe because Russia has attacked our friend Ukraine.

“Russia’s attack on Ukraine has taken place for no reason, justifying its imperial ambitions, which our great neighbor has never given up. This is changing the whole security situation, both in Europe and around the world,” Pabriks said.

The Minister acknowledged that Russia had “recalculated” several aspects in its analysis before the attack on Ukraine. According to Pabriks, Russia imagined that it would be able to divide Western unity, including NATO, but Russia failed. The Minister emphasized that the war against Ukraine directly consolidated the Allies and showed Ukraine’s true supporters.

Russia has also made a mistake in assessing the situation Baltic maritime region and northern Europe. Pabriks pointed out that after the Winter War, Finland’s position during the Second World War had been “withheld” in relation to what was happening in Russia, however, with the start of the war in Ukraine, Finland’s and Sweden’s “leader has broken”.

“It is safe to predict that both countries will ask to join NATO in the near future. This will, of course, change the situation in the Baltic Sea region as well, as we will have new opportunities to work even more deeply with both Finland and Sweden and further build security in our country.” stressed Pabriks.

On Thursday, April 21, the Saeima in the first reading supported amendments to the Law on the Financing of National Defense, which plan to gradually increase the national defense budget. In 2025, it is planned to spend 2.5% of the gross domestic product (GDP) on national defense.

Changes to the law are expected to be passed in the final reading on Thursday.

It has already been reported that the President of Finland Sauli Nīniste On March 28, “principles and procedures” for the accession of new members to the Alliance were discussed with the NATO Secretary General. Finland’s Prime Minister Sanna Marina has announced that Finland’s decision on NATO membership should be taken this spring, when the government and parliament have carefully considered all possible pros and cons.

Secretary General of NATO Jens Stoltenbergs CNN had previously announced that if Finland and Sweden applied for NATO membership, the alliance would be able to absorb them very quickly.

“We have a good dialogue with Finland’s political leaders (..) and with Sweden. Of course, they have to decide, but if they apply, they will be approved by all 30 NATO allies. We will find ways to do it quickly,” Stoltenberg told CNN.