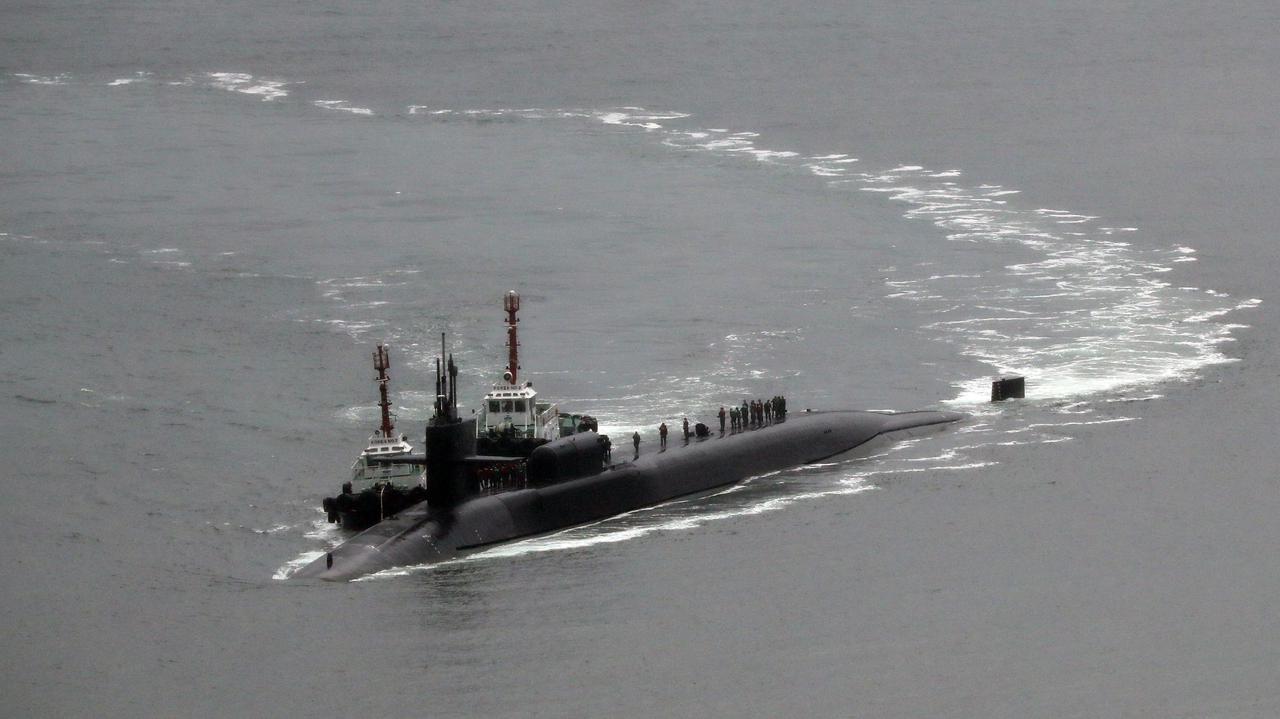 It was not easy for me to decide which international problem to write about this week. It seemed obvious that it should be a column about Germany, about Sunday’s Bundestag elections, about Angela Merkel, her successes and mistakes, about the Polish-German neighborhood. I could also write another text about polexit that I wrote about a week ago. This is supported by the accelerating campaign of aversion to the European Union, which took hold of the mainstream “right-wing” media, and statements by leading “right-wing” politicians who discourage Poles from staying in the EU every day. But I decided to write about a new alliance between America, Australia and Great Britain, called AUKUS. This event seems to me the most important, also looking at the world from our window on the Vistula – writes Jacek Stawiski, the host of the program “Horizon” on TVN24 BiS and TVN24 GO.

I make a reservation right away that I consider the German elections and their results to be of utmost importance for Poland, similarly, I think that the topic of polexit is booming and will be more and more pushed into what is called public debate. But the circumstances of the uprising AUKUS alliance require reflection and evaluation also with us. The globalized, miniaturized and networked world will not allow us to stand aside, although of course many will ask: why, after all, Australia is far away, even very far away.

As it is not known what is going on, it is about China

America and Britain will provide their Australian friends, actually twins, with nuclear powered ships. There will be at least eight of them. As a result of the new agreement, France will not supply Australia with traditional-propelled ships, losing a huge arms contract. The Australians are convincing the French that their ships can only be used to patrol the coasts of the Australian continent-state, and this is not enough, because today Australia needs to participate in the rivalry of powers throughout the Pacific and the Far East and needs tools to do so. Such a tool will be a new fleet of submarines that can stay in the open ocean for almost three months without interruption and can get close enough to a potential rival that this rival will be within the range of the missiles fired from these ships. Australia points out that the traditional submarines offered by France can only be in the open ocean for three weeks. Today, Americans, Australians and Brits insist that the new fleet will be nuclear-powered, but the missiles will remain conventional. In this way, Washington and London make a reservation that they do not breach international obligations to prohibit the sharing of military nuclear technology with other countries.

As it is not known what is going on, it is about China – this is how you can summarize the meaning of the emergence of the new Anglo-Saxon agreement, which completes a whole series of special cooperation between the United States, Great Britain and the countries of the former Empire, which has been going on since the 1940s, from World War II. British: Canada, Australia and New Zealand. These states have a properly integrated intelligence system called Five Eyes and in many cases they see the world around them almost identically. Of course, there are differences between them and they will remain, but they really have a lot in common, not only the common English language and the political, economic or judicial system derived from British traditions. AUKUS is supposed to be a new tool to contain and resist the growing power of China. Its goal is not only to equip Australia with American or British military technologies, but also to develop areas of cooperation that will determine the victory or defeat of America (the West) and China in the new cold war. It is about the development of the latest technologies, until recently referred to as the world of the future, for example artificial intelligence, the development of cyberspace, the technological race in the near-earth space, advanced telecommunications networks, nanotechnology, biotechnology, etc. Chinese precedence.

Return to the rivalry of powers

The creation of AUKUS and the establishment of the Quad, also quite recently, that is the alliance of America, Japan, Australia and India, are tangible evidence that the mechanisms of competition between superpowers and superpowers have returned to world politics for good. This is proof that it is a new international disorder slowly becomes ordinary, order right, and its functioning will be codified under the new alliances. As in Europe in the nineteenth century and at the beginning of the twentieth century, when the hostile camps of the Entente (England, France, Russia) and the central states (Germany, Austria-Hungary) were established, modern powers want to secure their friends for the time of peace, but also during the war. The war in Europe broke out more than 30 years after the alliance of Berlin and Vienna was formed, more than 20 years after the alliance of Paris and St. Petersburg and about a decade after the alliance of Paris, London and St. Petersburg was completed. The creation of AUKUS does not herald war directly, but its creation assumes that the Anglo-Saxon states that were building it are preparing to compete, both cold and hot, with a powerful antagonist.

Australia has once again reached for a proven charter: it has persuaded America to renew its political and military commitments to Australia. At the beginning of the Cold War, after the uprising of communist China and after the war in Korea, Australia feared the invasion of the mighty red Soviet-Chinese empire. Then Canberra realized that Great Britain, devastated by World War II, no longer provided her with security. The conclusion was simple: resource-rich Australia began researching nuclear weapons to defend itself against the communist invasion. Australian historians today describe that their country did not go down the path of clandestine nuclear weapons until the persuasion of US President Nixon in the 1970s, when Washington made a de facto alliance with China against the Soviets, postponing the danger of a Chinese invasion of Australia. Nixon assured the Australians that they would be under the American nuclear umbrella. I have the impression that history repeats itself, in a different version. Australia first feels a strong pressure from the Chinese power, asks for support from France, but the pressure from China is growing, so the Australians, having virtually no other choice, ask the Great American Twin and the Little British Twin to urgently equip their naval forces.

AUKUS and the Polish case

AUKUS and the Polish matter? Of course there is a relationship and we should talk about AUKUS on the Vistula River. First, classic military power, classic geopolitical alliances, classic grand strategy are not topics from Henry Kissinger’s books, but the real world. Poland’s neighbor, Russia, also functions in this great, very great game: either China, threatened with encirclement by AUKUS, Quad and other alliances, will turn to Russia and draw it even more into a confrontation with the West (which is bad for us), or the West will some kind of offer from Russia to suck it out of the embrace of the Chinese dragon (also not good for us).

Secondly, France, pouting at the Anglo-Saxons, will want to raise in Europe much more the issue of creating “strategic autonomy of the EU” towards China, Russia and also towards America. It is possible that such a “Gaullist” twist by France will hit NATO and the alliance’s cohesion. President Macron has spoken about the brain death of the Atlantic Alliance once before, and its main rival, the nationalist Marine Le Pen, perceived as a new ally of the “right-wing” ruling group in Poland, has always been opposed to NATO and America’s leading role in military affairs in Europe. Poland cannot allow France, offended by America, to weaken NATO, nor can it take offense at France itself, because it will remain outside the mainstream of the European defense pillar, which is in itself disadvantageous for Poland. A big role will be played by Germany, which neither wants to become the military leader of the EU, nor does it want to push America out of European defense, and also does not want to discourage France from increasing the rank of the military dimension of the European Union. A real mosaic of challenges for Europe. And it’s all because of Australian submarines.

Third: Poland must watch Australia diligently to see how it is coping with the new geopolitical realities. How it is building a stronger alliance with America, but at the same time it continues to trade with its Chinese rival. It is worth observing to what extent the American obligations towards Australia are real, and to what extent they are just declarations. America can always, using the remarkably advantageous geography and strength of its own army and navy, cut itself off from the conflicts in the Pacific and the Far East and come back to itself. Like in Europe. America does not have to be there and there, but wants to be there as long as possible. Australia, however, will not change its geographic location. Poland also does not.

And finally. Fourth: it is worth having operational submarines in the Baltic Sea.