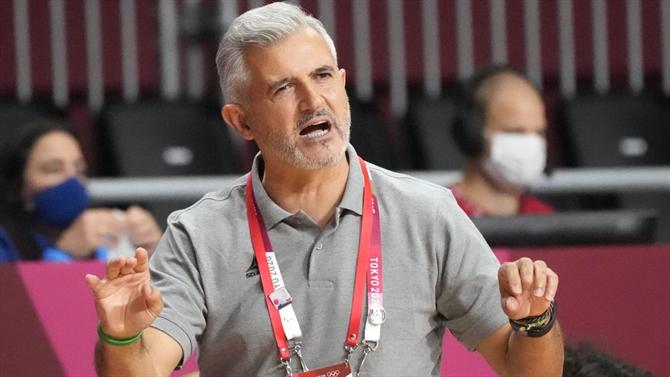 Despite acknowledging Denmark’s greatest favoritism, Paulo Jorge Pereira did not hide his disappointment with the defeat (28-34) in the fourth round of the Olympic tournament. The Portugal selector assumed the greatest power of the opponent.

“When you lose, it’s always negative, but we’re talking about facing the best that exist in this sport. It’s a tough duel, but I think we were fighting for the game most of the time. There was a part there that fell more to Denmark, understandable because we are facing a higher degree of difficulty in which we have to do everything right. We can’t go wrong to beat these teams», he vented to RTP.

Fourth in Group B, Portugal knows that a victory against Japan, in the final round scheduled for Sunday dawn, will be enough to move on. A match that will be played at an unusual time for the Portuguese reality.

“We always play to win here, knowing that a draw could be enough. It scares me a little to play at 9 in the morning [1 hora da madrugada em Lisboa]with Japanese. I hope everyone can react well, it’s part of the positive calendar and we’re trying to do everything earlier, having breakfast at 6 am to play at 9, so as not to suffer so much impact in a key game for us», he said, reiterating the Portuguese ambition: «Whoever comes to the Olympic Games comes to fight for medals, now we can only think about that when we pass this stage. We had a lot of adaptation problems here, but we are better and everyone will continue to grow».