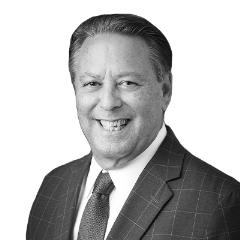 BCG is the vaccine against tuberculosis that is recommended from the newborn age and that we put it routinely in our country and in other less developed countries, because there is no doubt that tuberculosis is a disease linked to poverty. In the US and other developed countries, the vaccine BCG is only used in very specific cases. However, the issue is under review given the increase in the disease that includes these countries.

In many regions of the world, the control of tuberculosis has been overwhelmed due to its high frequency and association with cases of HIV/AIDS, and also due to the resistance that the bacillus that produces the disease is presenting to anti-tuberculous drugs throughout the world. .

Although it is true that people vaccinated with the vaccine derived from the bacillus Calmette-Guérin are not exempt from suffering from tuberculosis, the truth is that this vaccine It has been shown to protect against tuberculous meningitis, a disease that, if it does not kill the patient, leaves him with serious neurological sequelae. And, it also protects against miliary tuberculosis or disseminated tuberculosis.

But nothing lasts forever, and it’s excellent vaccinewhich has been in use for about a hundred years and which we must continue to use, its protective effects tend to be lost after 5 years since the child has been vaccinated, according to an extensive study-meta-analysis recently published.

“The effectiveness of BCG vaccination in all age groups was 18%. However, when the results were stratified by age, only children under 5 years of age showed that vaccine it was still effective,” reported Leonardo Martinez, PhD, Boston University et al., The Lancet Global Health.

There is really a great debate regarding the effectiveness, duration and protection of this excellent vaccine. However, our findings indicate that BCG vaccination is effective in preventing tuberculosis in young children, and although we showed that vaccine is ineffective in adolescents and adults, a booster for better immunoprotection could be necessary in older populations, reported Martínez. The study-meta-analysis was carried out from January 1998 to April 2018, with 26 cohorts studied in 17 countries and 68,552 participants.

See also  NASA Sends iPad to the Moon, To Do This Test

Neonatologist pediatrician. Pediatrician emeritus and past president of the Dominican Society of Pediatrics.