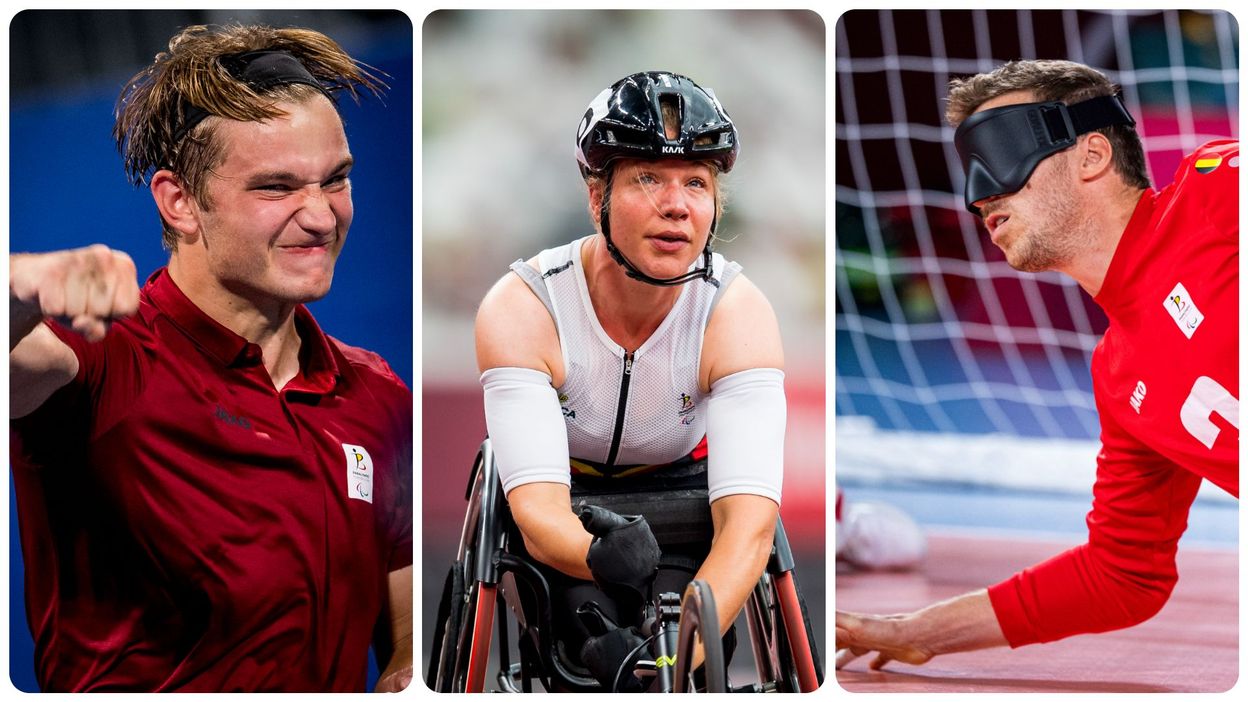 The Paralympic Games continued in Tokyo this Sunday with several Belgians involved.

The good news of the day is the qualification of Belgium (IBSA 6) for the quarter-finals of the goalball tournament despite their 2-4 loss to Ukraine (IBSA 12) in their last group B match on Sunday. .

With a record of two wins and two losses, the Belgian Bulls will now have to wait for the results of the other matches to find out their final place in Group B and therefore the name of their opponent in the quarter-finals.

►►► Read also : In Goalball, the Belgian Bulls are a family affair

Joyce Lefevre finished 7th in the 100m final in T34 class at the Tokyo Paralympic Games. A disappointment for the Antwerp woman who set a time of 19.63, almost a second above her personal best (18.72).

“I’m so disappointed“, reacted Lefevre, on the verge of tears, after his race. “I expected a lot better than 7th place. I had the feeling that I had prepared well for these Games and the difficult conditions in Tokyo. The track seemed more difficult to ride but that goes for all athletes so that’s no excuse. I have no explanation for this poor performance. I had the impression that my start was good but I felt worse in the second part of the race when I had to accelerate. I will have to digest this before analyzing my race with my trainer.“

Next Saturday, the 33-year-old athlete will still be in action in the 800 meters. “I don’t want to think about it yet. It’s a totally different race and I don’t know how I’m going to approach it. I was mainly focused on the 100 meters that I expected the most. Over 800 meters, tactics play a bigger role. We will see how it goes.“

In swimming, Aymeric Parmentier failed to qualify for the 100-meter breaststroke final (class SB14) at the Tokyo Paralympic Games on Sunday. The Walloon Brabançon finished sixth in his heat in a time of 1: 10.12, above his personal best in 1: 08.79.

“I’m not too disappointed“, said Parmentier, 29 years old, after his race. “I knew it would be difficult to reach the final. I am happy to have been given the chance to swim at the Games. I am satisfied with my tenth place.“

A 10th place which however allows him to be second reserve. “we never know“, a souri Parmentier. “But unfortunately I think my Games end here. I was really impressed with this short but intense experience.”

Tennis: Jef Vandorpe qualifies for the round of 16

A few hours later, Jef Vandorpe and Joachim Gerard qualified for the doubles quarter-finals at the Tokyo Paralympic Games wheelchair tennis tournament on Sunday. The Belgian pair, seeded N.6, won in straight sets 6-3, 6-1 in 58 minutes of play against the Brazilians Gustavo Carneiro Silva and Daniel Rodrigues.

See also  I'm at the end, I won't stop it, admits Stellar Federer

In the quarter-finals, Gérard and Vandorpe will face the British pair, seeded No.1, made up ofAlfie Hewett and Gordon Reid, who defeated Austrians Thomas Flax and Nico Langmann with a 6-0 double in the second round.

Francis Rombouts eliminated after a second defeat in boccia

In bocce, Francis Rombouts (BISF 13) lost in the tie-break against the Thai Worawut Saengampa, N.1 worldwide, for his second match in group A (class BC2). A second defeat in as many games synonymous with elimination for the Antwerp.

After a score of 2-2 at the end of the four sets, the two players had to play a tie-break to decide between themselves. A decisive round won by Saengampa, which inflicts Rombouts a second defeat in a row after that against the Slovak Robert Mezik (BISF 12) Saturday (10-1).

Rombouts will face Britain’s Will Hipwell (BISF 54) again on Monday for his third and last group match.