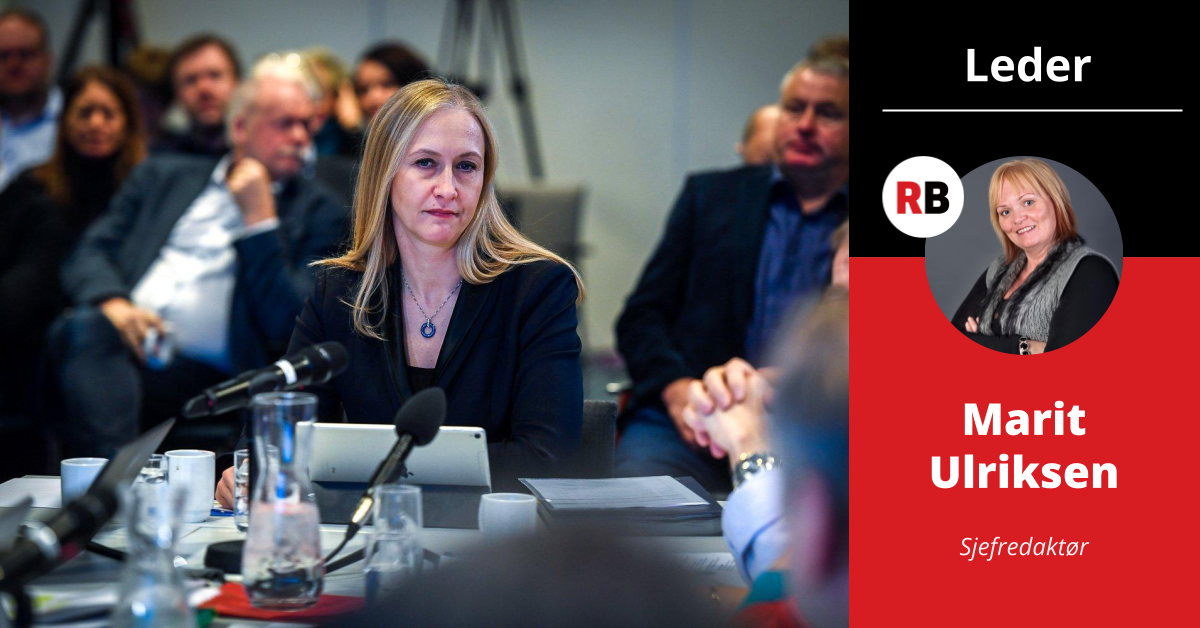 It is obvious that the board, led by chair Renate Larsen and deputy chairwoman Inger Lise Strøm, has a poorly hidden agenda with a view to getting the hospital as far towards Vefsn as possible. Precisely for this reason, we do not believe that the site selection case has been decided, writes editor-in-chief Marit Ulriksen.

Manager This is a leader. The editor expresses the newspaper’s attitude.

The board of Helgeland Hospital has proved worthy of the task, when it has now unanimously supported Kvernåsen in the center of Sandnessjøen as a third site alternative for a new hospital.

The board has thus chosen not to take into account that Helse Nord, led by board chair Renate Larsen, will force through a third alternative to be studied in “Sandnessjøen and surroundings”.

In line with the decision of the Health North board, CEO Hulda Gunnlaugsdottir had also presented a proposal for Leinesodden in Leirfjord (area) as a third alternative.

The board of Helgeland Hospital therefore chose to park. Which makes sense.

For years, it has been clarified that there are no special reasons to build a new hospital in Leirfjord. When we also know that Sykehusbygg has defined the plot alternatives in Leirfjord «not suitable», the board of Helgeland Hospital has done the only thing right.

The question remains, however, whether “surroundings” (read Leirfjord) are out of the hospital dance for good. However, when we see how Helse Nord has overtaken the board of Helgeland Hospital time and time again, it is to be feared that this is not the case.

When Renate Larsen had to use her double vote to get a majority to get a third plot alternative from Sandnessjøen and the surrounding area, it seems obvious that there is a large portion of prestige in Helse Nord in the plot choice case.

It is obvious that the board, led by chair Larsen and deputy chairwoman Inger Lise Strøm, has a poorly hidden agenda with a view to dragging the hospital as far towards Vefsn as possible. Precisely for this reason, we do not believe that the land selection case has been decided.

From Vefsn and MON’s side, they are fighting with beaks and claws to get a hospital added to Tovåsen. And the mayors of Vefsn and Leirfjord are even out proclaiming that they believe that the hospital case is out of control. They therefore ask the management of Helse Nord to intervene and get the case on the right track. “Right track” we assume means robbing Sandnessjøen hospital. That this does not cause a heavenly commotion from Sandnessjøen, we have stumbled upon repeatedly, and we do it again.

It now remains to be seen whether it will be reviewed by Helse Nord. We hope for the best, but fear the worst.

Helgeland Hospital wants back bowel cancer surgery. Here is the working group that will give advice to Hulda Gunnlaugsdottir

PARTICIPATE IN THE DEBATE! We encourage readers to contribute their opinions, both online and on paper