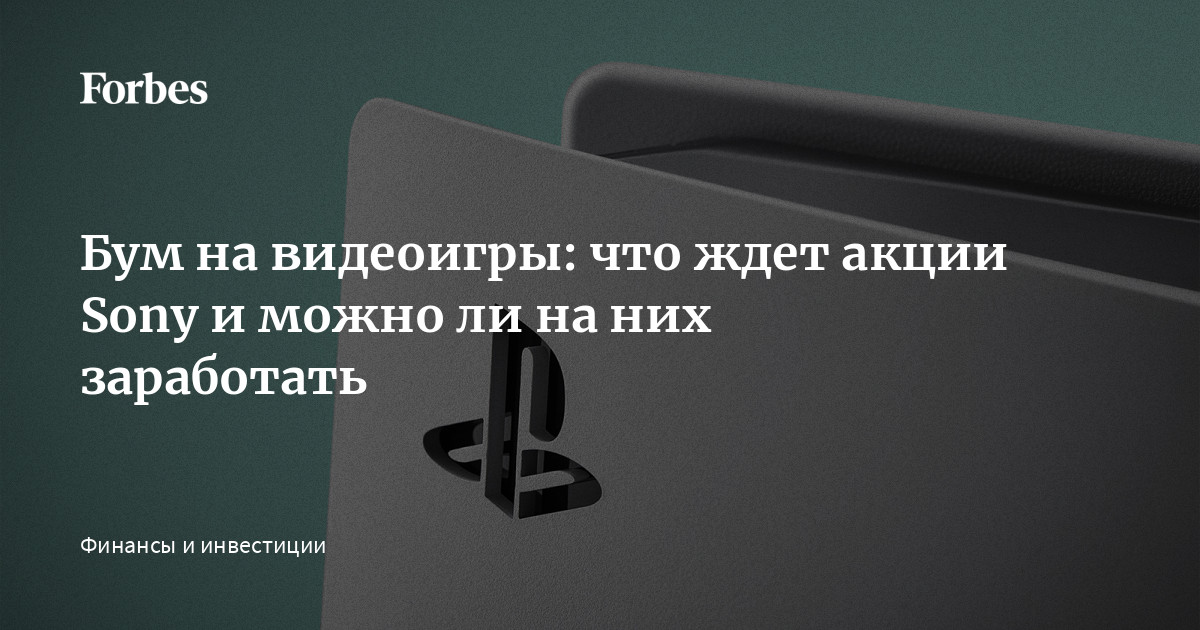 On Monday, September 27, the growth of the securities stopped at $ 116, and by 12:50 on Tuesday, the price dropped to $ 115. Nevertheless, the market is in a positive mood: at the beginning of the week, an analyst at Cowen boosted forecast for the company’s growth prospects.

What does it mean

Cowen analysts consider Sony an undervalued company and predict that its shares will rise in price by 22% to $ 141.7. In their view, Sony is a leading entertainment company that trades below fair value due to its conglomerate nature.

Sony is rather difficult to analyze, because it is a conglomerate of businesses with often unobvious synergies – computer games, electronics, music, cinema and finance, explains Alexey Debelov, partner at FP Wealth Solutions. Therefore, they are cheaper than other gaming and entertainment companies, but more expensive than competitors in electronics and finance, and quite justifiably, the analyst said. Nevertheless, the diversification of the company’s business areas helps it maintain its position in the entertainment market, says Evgeny Shatov, partner at Capital Lab.

Why do I need to know this

The pandemic has had a positive impact on entertainment companies including Sony. According to IDC, in 2020, the revenue of the global video game industry was about $ 180 billion, which is 20% higher than the results of 2019. Of these, $ 52.5 billion fell on console games.

Early August Sony published quarterly report. The company’s fiscal year does not coincide with the calendar: the report includes data for the first quarter of 2021, which ended at Sony on June 30.

Sony’s main income comes from the PlayStation gaming business. The release of the new PlayStation 5 console took place in mid-2020. As of mid-July, Sony sold more than 10 million new game consoles, a historic record for the company’s sales rate. indicated on her website. At the same time, since the release on the game console, deficit due to the lack of microchips.

The second most popular segment is the sale of electronics (smartphones, TVs and cameras). The company also gave a positive outlook for 2021, with the Japanese tech maker expecting gaming revenue to reach $ 26.7 billion and operating income of $ 2.9 billion.

It is unlikely that after the rally that has already taken place, one should expect a continuation of the same rapid growth in prices for Sony shares, says Alexey Kaminsky, a leading strategist for global equity markets at Aton. However, the analyst believes that on the medium and longer horizon, companies’ securities deserve a place in almost any global investment portfolio of stocks.

Sony is trading at an all-time high and its earnings are quite volatile due to the concentration of revenue around new games and movies, which makes the business even less predictable, Debelov said. The analyst believes that they can be considered for purchase if you bet on the growth of the entertainment sector.

Sony plans to release 25 more new games and films in 2022, the company is also successfully selling the PlayStation 5 – this creates a potentially interesting opportunity to buy its shares, says Evgeny Shatov, partner at Capital Lab. As the company’s forecasts come true, multiples and profit levels for Sony could reach higher levels, he said. However, according to the analyst, each direction of the company’s activity is associated with certain risks. “For example, faster-than-expected penetration of cloud gaming could lead to a slowdown in profit growth from new PlayStation consoles, and high competition from Netflix and Disney in the film market could negatively affect the direction of cinematography,” explains Shatov. However, taking into account the balance of risks and growth prospects, Sony shares look attractive, the analyst is sure.

See also  The CSSD leaves the government like any woman in a divorce. Old and without money, says Maláčová