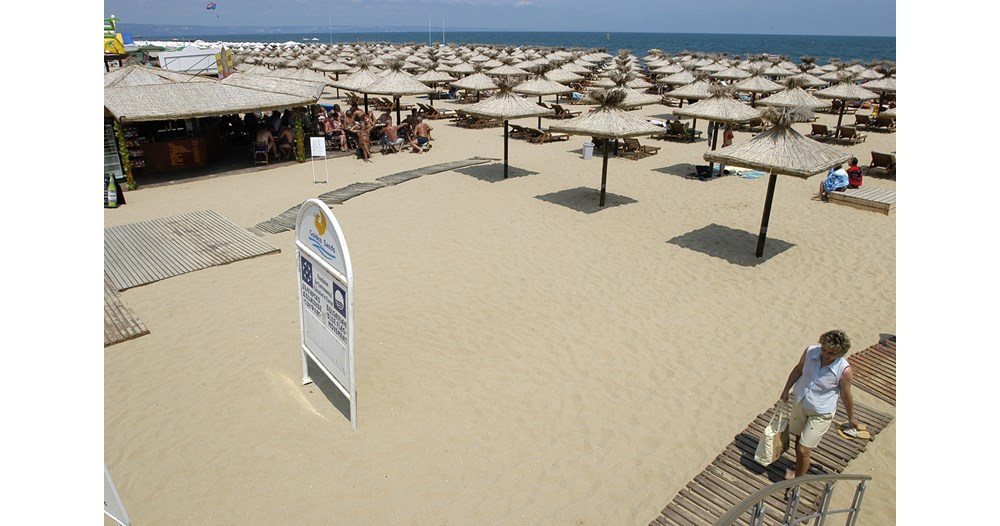 “Heat, sand, sea – and many Russians. Until recently, this was the essence of the Bulgarian Black Sea coast. Russians own thousands of properties here. But this year they are gone.” Three foreign publications with impressions of the Black Sea, collected by “Deutsch Vele”:

Today everything is different

In the German “Süddeutsche Zeitung”, Vin Schumacher’s extensive report begins with the topic of Ukrainians on the Bulgarian Black Sea coast. Viktoria Krasteva, who is in charge of four more ordinary hotels in the vicinity of “Golden Sands”, told the reporter that she currently accommodates tourists mainly from Romania and Bulgaria, while in March she hosted nearly 180 Ukrainians. “Now Ukrainian women don’t know where to go. For example, I have a mother with a small child with polio. Some are well educated – psychologists, lawyers. And now they work in the kitchen,” says Krasteva.

See also  Call on church leaders to believers: save the climate

One of these well-educated Ukrainian women is Svitlana Konoplyova, who found a job as a pianist in a hotel in Albena. In her native Nikolaev, she was the deputy director of a higher school of culture and music, and now she lives on the outskirts of “Albena” and tries to at least partially do her previous work online.

Further, the author Vin Schumacher briefly presents the Bulgarian Black Sea resort – “a popular vacation spot before the war and before the pandemic, where tourists from Bulgaria, Russia, Ukraine, Romania, Germany and other countries of Eastern and Western Europe met in the summer”. Schumacher tells how in 1969 the first nine large hotels were built “with socialist pressure”. “Today, the hotels in Albena do not look as depressing as the tourist bedrooms Sunny Beach and Golden Sands; with a dose of good will, we can describe them as cubist interpretations of Mayan temples hidden in the jungle,” the reporter playfully tells. And he adds that “Golden Sands” attracts mainly party-tourists, while in “Albena” more families and retirees looking for peace rest. The author praises the wonderful Albanian beach, reasonable prices and great supply, thanks to which people do not wait in lines for attractions or restaurants.

“They’re calling me asking if we hear the bombs”

“This summer, however, the mass tourists are gone,” the author also writes. According to him, by the end of July, 40% of tourists in “Albena” were local people, 30% Romanians, and 6% from other Eastern European countries. Only 12% came from German-speaking countries, and before the pandemic the number was twice as high. Only 20 out of a total of 33 hotels in “Albena” are working, and not at full capacity, we read further in the report, which also introduces us to the Varna tour guide Vyara Mitkova. “They are calling me from Germany to ask me if we hear the bombs falling in Odessa,” says Mitkova. “Some may think that we have a direct border with Ukraine and this is a war zone,” the tour guide told Süddeutsche Zeitung. Mitkova explains that in 2019 she worked at full capacity, while at the moment there are very few groups. But the situation of the Russian-speaking tour guides was even worse, she adds, and the author of the article says:

“This year, not only the flights from Russia, but also a number of direct flights from other countries to Varna and Burgas have been canceled. However, some Russian tourists manage to arrive via Turkey. Quite a few Russians who live in Bulgaria, Germany or Israel also rest here. Bulgaria is considered to be the most Russian-friendly country in the EU.For several generations now, many Russian tourists have been looking for a summer vacation on the Bulgarian Black Sea coast.

“I am grateful to the people who accepted us”

Ukrainian Daria Zaitseva (name changed) also fled from Nikolaev to Bulgaria. As a university teacher of German, she quickly found a job in tourist accommodation in “Albena”. She explains to the Süddeutsche Zeitung reporter that she also speaks Russian, but she does not have to work with Russian tourists because her boss is understanding and spares her. Darya describes one of the conflicts between Russia and Ukraine as follows: “The Russians claim that we were oppressed and forced to speak Ukrainian. But no one forbade us to speak Russian. All this is so absurd, because our peoples are related by kinship.” . The extensive report in the German edition ends with the Ukrainian woman’s plans for the future: “We are guests here. I am grateful to the people who welcomed us. But I believe in the future of my country,” says Zaitseva.

The Bulgarian Black Sea coast is also mentioned in a tourist report of the German public-law television WDR. Under the title “Mysterious Bulgaria – holiday by the Black Sea”, the reporter Tamina Kalert tells that Bulgaria is much more than the beaches of “Golden Sands” and “Sunny Beach”. There is another touristic Bulgaria, she adds, and tells about the picturesque Nessebar, the beautiful rocks of Kaliakra, the nature reserve around the mouth of Kamchia, the palace in Balchik and the ancient gold exhibited in the Archaeological Museum in Varna.

See also  is the Hokage Edition the ultimate collectible?