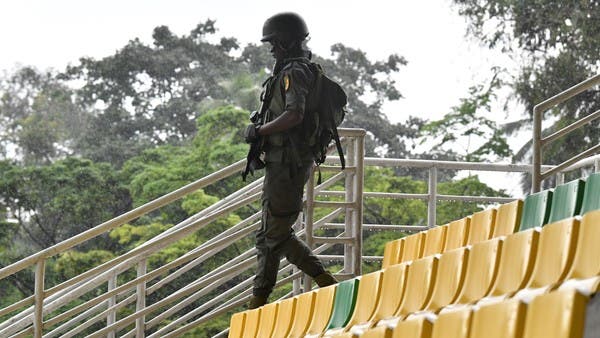 The training of the Tunisian team, Thursday evening, witnessed the presence of a number of Cameroonian army personnel, to guard the “Carthage Eagles”, before facing Mauritania, in the second round of Group F of the African Nations Cup.

And Agence France-Presse published pictures of soldiers from the Cameroonian army, guarding the training of the Tunisian team, which was held on the grounds of the Santénari Stadium in Limbe, Cameroon.

Media reports revealed earlier that the city in which the Tunisian national team is located is facing security and terrorist threats.

The striker, Youssef Msakni, had joined the Tunisian team’s mission in Limbe, after recovering from the Corona virus, which prevented him from traveling with the team earlier.