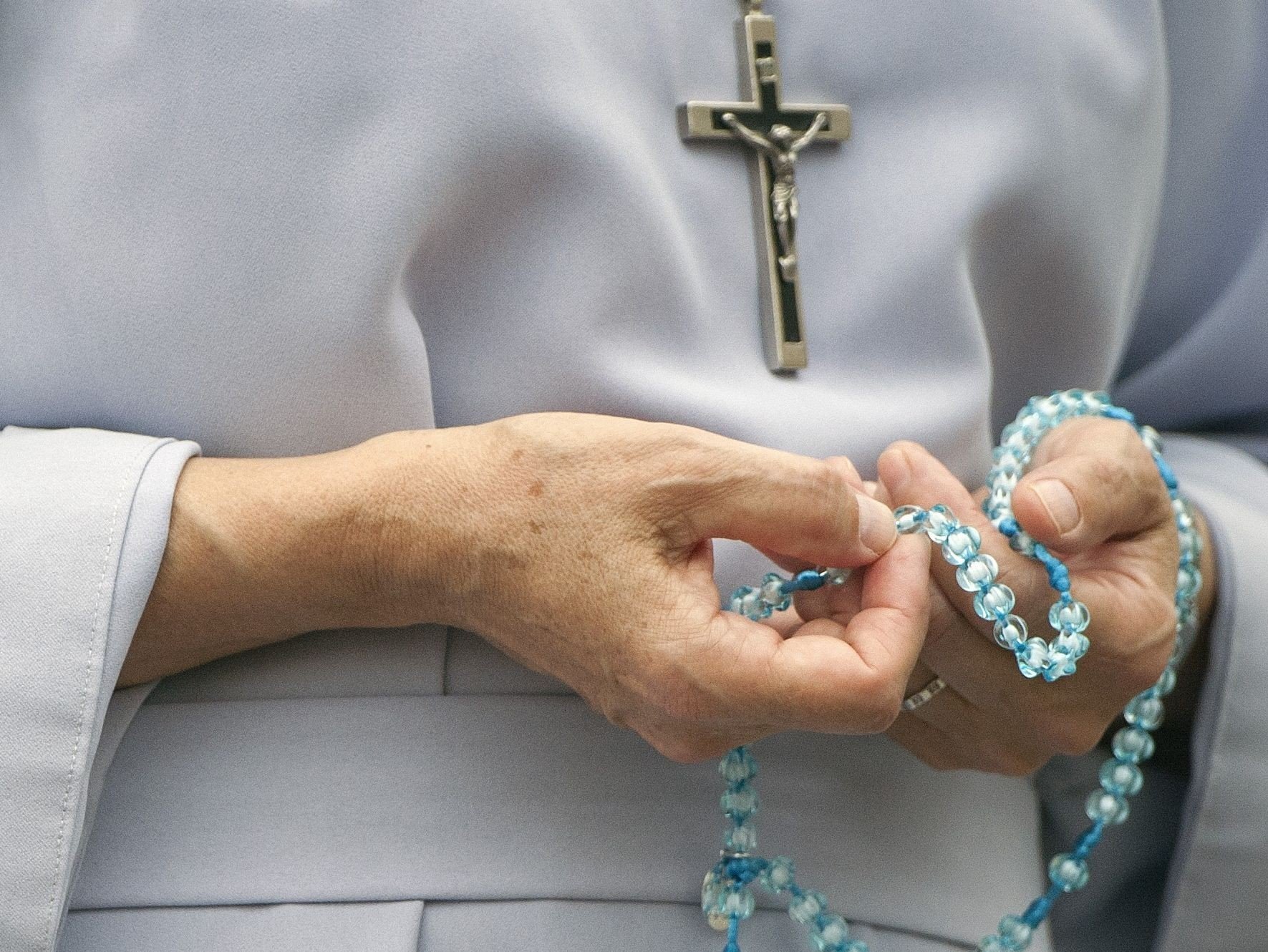 – She squeezed me to her chest with one hand, and pulled down my panties with the other hand, says one of the 330,000 abused children.

A French independent commission investigating sexual assault in the Catholic Church in France has issued a report this week which reveals extensive child abuse in the last 70 years.

The numbers are completely impossible to comprehend. The report consists of several documents and is a total of 2500 pages. One of the documents, From victims to witnesses, deals with testimonies of several of the victims of abuse.

One of the victims was a young girl who was placed in a French Catholic boarding school “for young girls from good families” when she was in the fifth grade of primary school. She says in a testimony to the commission that a nun sexually abused her regularly throughout the school year at the boarding school.

– She pulled down my panties

The nun stopped by the classroom daily to pick out a student who could help with the Mass (an important part of the Catholic service).

“I was eleven years old, but I looked like nine. She chose me every other or every third time, “says the person in the diploma.

‘She took me to her office, closed the door and drew the curtains. Then she brought me down on my knees to read the gospel according to Paul or another saint. She squeezed me to her chest with one hand, and pulled down my panties with the other hand. Of course we did not have pants, but folding skirts. I was paralyzed by fear, “says the person in the testimony.

When she finally built up the courage to tell her dedicated Catholic parents about the repeated abuses, she was accused of being a “perverted, vicious liar.” “How dare you say such things,” replied the parents.

“I was truly a blessed bread for this nun because she knew very well that she was not risking anything,” she says in the testimony.

Abused in a Catholic orphanage in Scotland

The online newspaper has interviewed Theresa Tolmie-McGrane, who herself was a victim of sexual abuse in the Catholic Church in Scotland. She was regularly abused when she lived in a Catholic orphanage (Smyllum Park) in the 1960s and 1970s in Lanrak, Scotland. The abuse began when she was six years old.

Tolmie-McGrane is internationally known for standing in the breeze to stop the abuses of the Catholic Church. She obtained important credentials in connection with the escalation of the abuses in the Catholic Church in Scotland. She now lives in Fredrikstad in Norway where she runs a psychologist practice.

– These are staggering numbers. We have had our process in Scotland, but have not reached such high numbers, says Theresa Tolmie-McGrane to Nettavisen.

– In large countries with many Catholics, we have experienced a development with more openness in the Catholic Church. Fixed protocols have also been put in place to report abuse to the police. In the past, it was up to the bishop to decide and use discretion if he wanted to proceed with an assault case. The bishop is now required to report to the police. I think we are changing this culture. There have also been clear signals from the top. Pope Francis has made it very clear that he will not find himself in this, says Tolmie-McGrane.

* Around 330,000 children were sexually abused in the Catholic Church in France over a 70-year period, according to a comprehensive report.

* Two-thirds of them were priests, and they are accused of being responsible for 216,000 of the abuses. When employees and employees such as teachers are included, the number of victims reached 330,000.

The head of the Independent Commission, Jean-Marc Sauvé, says that the number of victims is an estimate based on scientific methods. About 80 percent of the victims are boys.

* The document is 2,500 pages long, and the independent commission has for two and a half years conducted a thorough investigation of archives in the church, the police and the judiciary, as well as interviewing hundreds of witnesses.

* A separate telephone line received 6,500 calls from suspected victims and people who said they knew a victim.

Olivier Savignac, who heads the Parler et Revivre victims’ organization and contributed to the report, says the high number of victims for whom each abuser is responsible is particularly appalling to French society and the Catholic Church.

* The commission consisted of 22 jurists, doctors, historians, sociologists and theologians, all unrelated to the church, and was led by the French official Sauvé.

* It was appointed by the French Bishops’ Conference in 2018 in response to the scandals that have shaken the Catholic Church in France and many other countries, and after Pope Francis ordered everyone in the church to report abuse to their superiors.

– It is pedophilia that is the problem

Critical voices often point to celibacy as a major cause of all the abuses in the Catholic Church. Tolmie-McGrane does not agree.

– It is pedophilia that is the problem here. Pedophilia is not something that is created. One is born a pedophile. And now I speak not only from my own experience as a victim of abuse, but also from my experience as a psychologist. Pedophile priests are attracted to children. They are not interested in marrying women or having sex with women. If celibacy were removed, there would still be as many pedophile priests who are attracted to children, she says.

– Pedophile people apply for the priesthood precisely because they then have access to many sacrifices. And if they were to be revealed, there was at least in the past a greater possibility that they were not reported to the police, says Tolmie-McGrane.

– I think the church must do much more to identify people with pedophile tendencies before they actually become priests and gain access to vulnerable children. Pedophilia is mostly about power and dominance, and the fear of being rejected. And you are not rejected by a child who really wants to satisfy the priest, she says.

She says the Catholic Church must do everything in its power to keep the abusers away from the church and deny them all contact with children.

– The pope can deprive priests of the right to practice. I really think he should do that more often. What happened long before was that abusive priests were moved to another diocese. They may be able to learn to control the urge, but you can not cure a pedophile. It’s actually not possible. Pedophile priests must be denied all contact with children, she says.

– Very few abuses in the Catholic Church in Norway

The Oslo Catholic Diocese will not comment on the French report.

– The reason for this is that it is the Catholic Church in France that must be responsible for the report and the content of the report. We can not do that, says acting communications manager Petter Stocke-Nicolaisen to Nettavisen.

– How many cases of abuse have there been in the Norwegian Catholic Church?

– There are very few. These are a handful of cases that go far back in time. There we have long had a well-developed system for both reporting of any violations or abuses, and follow-up of this. The Professional Council in the Oslo Catholic Diocese, led by former Attorney General Georg Fredrik Rieber-Mohn, handles these cases, says Stocke-Nicolaisen.

– Are there any ongoing abuse cases in the Catholic Church in Norway at the moment?

Stocke-Nicolaisen also denies that there is any kind of hush culture in the Catholic Church in Norway. According to Stocke-Nicolaisen, there are 165,000 registered Catholics in Norway, and an estimated 250,000 Catholics in total. In the 1980s and 1990s, there were only a few thousand members. The large increase in recent decades is largely due to labor immigration.

Also read: – 100 media people are threatened with imprisonment for having mentioned the cardinal convicted of assault

Highlights celibacy as the main problem

Editor of the Christian newspaper Dagen, Vebjørn Selbekk, says he is shaken, but not surprised by the content of the report.

– It is shocking what appears in the French report, but unfortunately neither surprising nor unique, because abuse and this extent of abuse has been revealed earlier in the Catholic Church. To me, this is a crossword puzzle. It seems that the Catholic Church has a much bigger problem with this than other institutions and denominations, Selbekk says to Nettavisen.

Selbekk believes that the main reason may be that Catholic priests and monks are forced to live a life of celibacy.

– Two thirds of the abusers were priests who must live a life of celibacy. They do not have the opportunity to get married or have a sexual life. I do not think the Catholic Church will overcome this problem until this system of celibacy is changed. To me, this report is a reminder of how dangerous that scheme is, he says.

– Do you think pedophile abusers are attracted to the Catholic Church, Selbekk?

– I think it is a problem that people with that kind of inclination see that there is an opportunity to get in touch with children in the Catholic Church, and that there is a degree of hush-hush culture and that it is pushed under the rug . There is also a reason. This is compound. But the Catholic Church must settle with the celibacy scheme to move forward, says Selbekk.