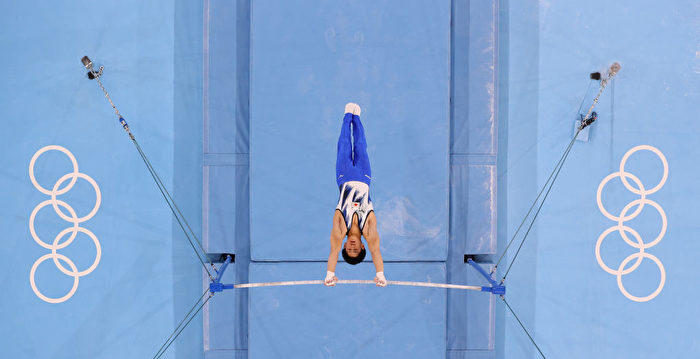 In the Eastern Olympics gymnastics men’s individual all-around final,Hashimoto DaikiBeat by 0.4Xiao RuotengAfter winning the gold medal, the CCP’s mouthpiece, the Global Times, furiously claimed that the judges were biased towards Hashimoto. Some Chinese netizens followed by cursing the referees for being unfair and personally attacking Hashimoto, even saying that “keep in mind the blood feud with Japan”.

On Thursday, the International Gymnastics Federation (FIG) issued a statement explaining Hashimoto’s results, confirming that his ranking and scoring are fair.

But there are still many Chinese netizens bypassing the firewall, logging into Hashimoto’s Instagram account, and criticizing him as a “fake champion”; there are also many little pinks who abuse Instagram’s “tag” function and add to Hashimoto’s photos. “Japanese national humiliation” and other words; others accused him of stealing the gold medal of Chinese players. Some people even tagged him in photos of the atomic bombings of Hiroshima and Nagasaki. Some accounts that attacked Hashimoto seemed to be created specifically for this purpose.

Hashimoto later changed the privacy settings on Instagram so that he could no longer be tagged on the platform-but abusive comments continued to flood into his account.

See also  Italy-Switzerland, the analysis of another great victory for the Azzurri at Euro 2020

Previously, the Japanese table tennis duo Mizutani Hayabusa and Ito Mimaru defeated the Chinese team by a narrow margin on Monday, winning the first ever mixed doubles gold medal, allowing the CCP to lose the world lead in a sport that was once proud. What makes it even more difficult for some Chinese to accept is that the winner is Japan. Because of the CCP’s deliberately ugly propaganda for many years, some Chinese people are full of hatred for Japan.

The CCP’s little pink madly attacked Mizutani and Ito, calling them “foul” and “cheating”. Mizutani said on Twitter on Wednesday that he had received a large number of messages from “a certain country” attacking him, “Tell me’Go to hell!'” And Ito’s account on Weibo was violently attacked by hate comments, and she had to Turn it off.

These attacks have attracted widespread attention in Japan, made headlines, and sparked outrage on social media.

Chief Cabinet Secretary Kato Katsunobu said at a press conference on Thursday that he heard these incidents but did not know the details.

“As the government, we believe that no discrimination should be allowed,” he said. “This also violates Tokyo.Olympic Gamesthe spirit of. We ask everyone to let the athletes focus on the game so that they can do their best. “

Free Asia quoted Ako Tomoko, an expert on China and a professor at the University of Tokyo’s Department of Comprehensive Culture, as saying that many Japanese people are angry at the behavior of Chinese netizens, and these feelings of dissatisfaction with China will even affect Japan’s general elections.

She also pointed out that some influential Japanese politicians have close relations with the CCP and have an ambiguous attitude towards the CCP. Japan will re-elect the House of Representatives after the East Olympics. The angry attitude of the Japanese people may affect the election results.

Some experts also believe that the CCP’s strategy of fighting the wolf abroad has caused some domestic netizens to be so fierce.

Lin Xian, a professor at the Department of East Asian Studies at National Taiwan Normal University, said, “This should be said to be a reflection of Wolf Warrior’s diplomacy. Chinese netizens believe that if they are unfair to China, they will go out in one go without taking another standpoint. , I just felt that the unfavorable opinions against China (the CCP) were wrong anyway, and they bounced back strongly. In fact, the official wolf war diplomacy and the response of the people are mutually stimulating, which is caused by a vicious circle.”