Just a week after the City’s lawsuit was filed against the Nation for the cut of funds from the tax sharing, the Supreme Court of Justice of the Nation complied with the first step of every file that enters the High Court: He gave a hearing to the Attorney General’s Office for an opinion on the case.

That way it will be Eduardo Casal, who in his capacity as prosecutor before the Supreme Court of Justice of the Nation, must comment on the proposal made by the Head of Government of Buenos Aires Horacio Rodríguez Larreta against the cut in coparticipating funds made by the President of the Nation Alberto Fernández.

The opinion of the Attorney General’s Office is not binding and the five judges of the Supreme Court of Justice of the Nation may or may not consider it when they make a decision in a case of enormous political relevance such as that raised by Rodríguez Larreta. Casal, for his part, is under a series of accusations from the ruling party that tries to get him to leave his post to place someone with an affinity with Kirchnerism there.

Last Thursday Rodríguez Larreta had appealed to the Supreme Court of Justice to request that the right of the City be restored “immediately” to receive 3.50% of co-participation, that the “nullity and unconstitutionality” of the decree of the Executive Power that endorsed the removal of those funds at 1.18%, which he considered “illegal and arbitrary in a manifest way”, and so that the resources that have already begun to be discounted for 15 days can be restored. The City’s proposal has two edges: a precautionary measure was requested to avoid the cut of funds that has begun to be practiced and a questioning of unconstitutionality was also made.

“This ostensible decrease in income, which only during the first five business days of the decree’s validity meant a deduction of the sum of $ 862,140,379, affects the basic constitutional duties and the management and operation of the Government of the City of Buenos Aires. If the reduction unilaterally imposed on the CABA co-participation percentage is validated, the damage will be irreversible and will cause serious economic and social consequences.”Said the 97-page appeal that the Buenos Aires administration had presented and that bears the signatures of María Cristina Cuello, representative of the City and the City’s attorney general, Gabriel Astarloa.

With the presentation before the Supreme Court of Justice, Rodríguez Larreta fulfilled what he had promised 24 hours after Alberto Fernández’s announcement of cuts in funds from the coparticipating taxes that the Buenos Aires administration receives from the national State, for the creation of a fund financial for the province of Buenos Aires.

“The application of Decree 735-PEN-20 generates an average daily deficit of $ 177,638,040, according to the same Report. The City is facing a concrete and real impediment to financing public needs of social significance ”, reads the brief that was presented a few days ago in Court. 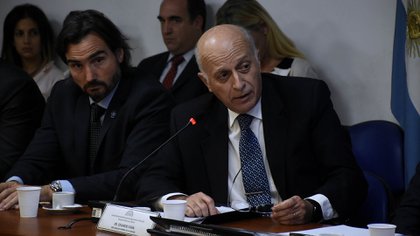 In the presentation, they alluded to the Vice President of the Nation, Cristina Fernández de Kirchner, whom the leaders of the City’s ruling party consider to be the ideologist of the cut of funds ordered by Alberto Fernández.

In the letter they recalled an intervention by Fernández de Kirchner in the 1994 Constitutional Convention in which the National Constitution was reformed: ″The conventional lady by Santa Cruz Dra. Fernández de Kirchner stated: “(…) When the Nation was in charge of health and education services, it received approximately 46 percent in the primary distribution of the co-participable mass, and after the transfer of the aforementioned services to the provinces it has been left with the 54 percent. In other words, the participation in tax revenue has been invested and the provinces have been left with only 46 percent; they have more functions related to people’s quality of life and less money to pay for them. How can there not be unviable provinces if they are federalizing expenses and centralizing resources?”

Casal’s response to the Court will arrive in early October, and from there it will be the Court itself that deals with and decides on a complex legal and political issue.

Martín Guzmán in Infobae: “The exchange gap is a problem and we seek to reduce it without devaluation”

Will Kevin Costner be in the ‘Snyder Cut’? The actor responds

All the fans are very happy to know that they're finally going to see the original version that director...
Read more

MADRID, 19 Oct. (Portaltic/EP) - Microsoft has introduced a new feature in its...
Read more

“It is not only the will of men to abuse, but also the position of women to be abused”

Cadem: Piñera’s approval falls to 16% and 60% believe that the outbreak was caused by inequality in pensions and health

The Cadem survey, released this Monday, showed that the...
Read more
World

WHO warns: COVID-19 outbreak in Europe is alarming

World Health Organization (WHO) warned that there are “alarming...
Read more

Swiss companies listed on the SMI still have few women in their management and...
Read more

Call of Duty: Black Ops Cold War will be announced through its brother Call...
Read more

Crazy! Fronts between dynamo and DFL are hardened

The fronts are hardened like in the Cold War. The German Football League...
Read more
Archynewsyarchynewsy.com