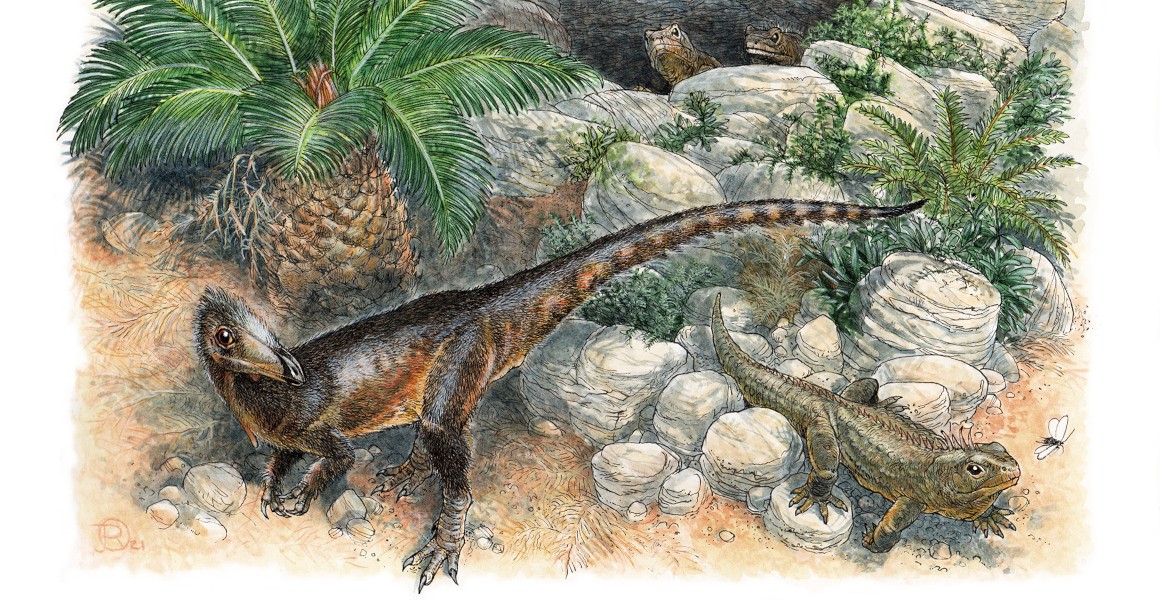 The fossilized remains of the Pendraig milnerae they were found in a quarry in South Wales fifty years ago, yet they were barely classified.

About 200 million years ago, there existed in the United Kingdom a dinosaur related to the fearsome Tyrannosaurus rex (perhaps the most iconic of known dinosaurs): the Pendraig milnerae. But while the Rex measured about 12 meters in length, the Pendraig it was barely the size of a hen.

The fossilized remains of this tiny but fearsome creature were found in a South Wales quarry. It is the oldest theropod (where the T-Rex and modern birds are found) ever found in the UK.

The theropods They are a type of animals that are characterized by their hollow bones and by having three functional fingers on its limbs.

It is Pendraig milnereae lived 200 or 215 million years ago in the Late Triassic period. In addition to a peculiar body that was the size of a current chicken or hen, it had a one meter long tail.

This new species received the name of Pendraig milnerae: pendraig means “chief of the dragons” in Middle Welsh. Milnerae it is in honor of the deceased Angela Milner, researcher and deputy director of paleontology at the Museum of Natural History for more than 30 years.

The history of the discovery of this dinosaur is curious: the fossils were found in a quarry in South Wales in the 1950s by the paleontologists Pamela Robinson and Kenneth Kermack. However, they remained in a drawer – along with some crocodile samples – until Angela Milner found them.

Stephan Spiekman, a researcher at the Museum of Natural History, gave it this name to refer to the likely position as supreme predator that this dinosaur was wearing. The reference to Milner, who died in August, is due to the fact that the researcher contributed greatly to the understanding of theropods.

Why was this dinosaur so small?

Researchers believe that the environment in which it was developed had to do with the Pendraig milnerae will not reach a great height.

“The area in which these specimens were found was probably an island during the time period in which he lived,” said Stephan Spiekman. “Species that live on islands often tend to be smaller than those on the mainland in a phenomenon called island dwarfism.”

‘Dinosaur discoveries are really rare in Wales, and this is only the third known dinosaur species in the country. It’s very exciting to learn more about the dinosaurs that lived here in the UK during the Triassic, right at the dawn of dinosaur evolution, ‘says Richard Butler, co-author of a paper on the dinosaur and professor of paleobiology at the University of Birmingham.

CONTINUE TO DISCOVER MORE MYSTERIES OF THE WORLD:

Archaehierax sylvestris, the predatory eagle that lived 25 million years ago in Australia and hunted koalas