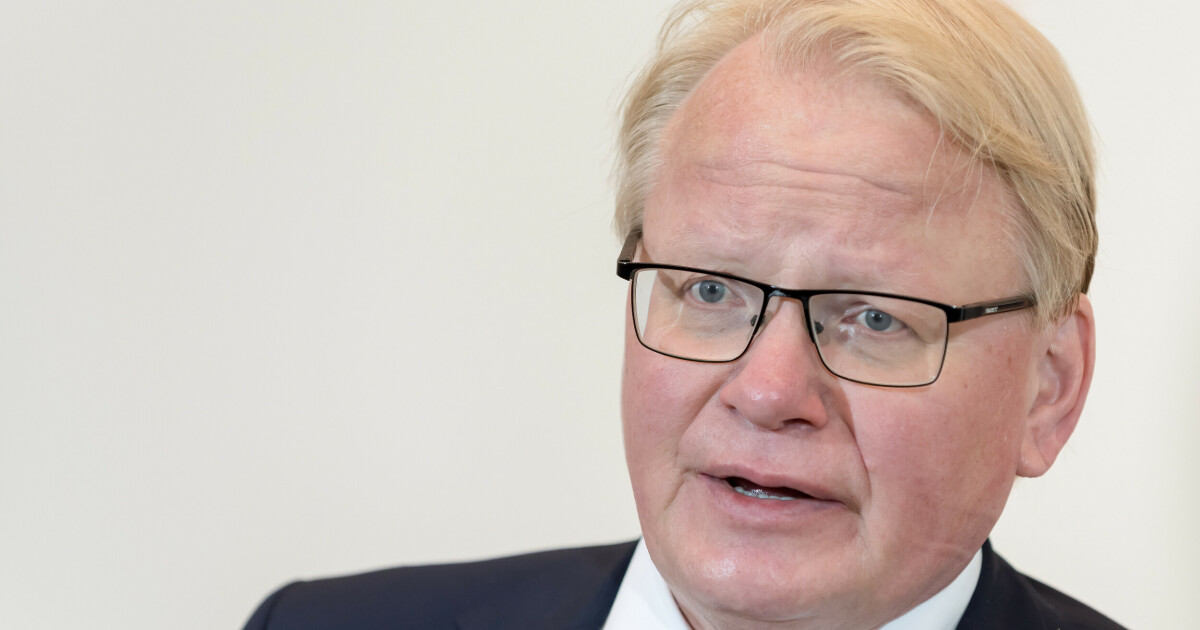 Just over a week before election night, the SD and party leader lie Jimmie Åkesson is ready to make a snap election.

– The question that is now being asked is whether the SD should get ministerial or supervisory posts at the Ministry of Foreign Affairs or the Ministry of Defense and what kind of impact that might have on the nation’s security, said Hultqvist according to The evening paper.

The Minister of Defense further demands that it is reasonable for SD to account for the contact they have had with Russia both before and after the invasion of Ukraine on 24 February.

He added a number of factors alleged to show SD’s close links to Russia. Among these is that they have voted in favor of Russian interests in the EU parliament, reports Aftonbladet.

– There is no doubt that the Sweden Democrats’ links to Russia can pose a security risk for Sweden, he said according to the newspaper.

Jimmie Åkesson strongly hits back at the claims about his party and believes the government party’s behavior is reminiscent of a dictatorship.

– So the Social Democrats have a press conference to inform about the opposition. One hardly believes that it is true. The party that has made Sweden more vulnerable than ever, he says in a comment according to The Express.

In March, the Swedish politician Roger Richthoff in the Sverigedemokraterna shared a video in which Russia is thanked for the invasion of Ukraine.

It reported The Express.

The video Richthoff shared allegedly contains misinformation about Ukrainian biological weapons and claims that Russia is liberating the Ukrainian people after eight years of genocide and ethnic cleansing.

Richthoff, who sits in the Riksdag for the Sweden Democrats, stated to the Swedish newspaper Expo that the purpose of sharing the film was to tell that there is misinformation from both sides.

Richthoff had to endure criticism from his own party colleagues for sharing the video.

– It is irresponsible of Richthoff to share films that he himself has not seen or understood. He repeatedly shows poor judgment in social media, said SD group leader Henrik Vinge in a written comment to the TT news agency.

The demand from the Swedish defense minister also comes the day after it became known that an employee in SD’s parliamentary group invited to a celebration of the anniversary of Nazi Germany’s invasion of Poland.

The person, as per The evening paper is employed in the party’s parliamentary group as a political adviser, sent the invitation to 30 others in the party.

In the email, they were invited to “devoutly” join a commemoration to celebrate “the 83rd anniversary of Nazi Germany’s attack on Poland”.

The Sweden Democrats’ press manager Oscar Cavalli-Björkman believes the invitation is misunderstood, but admits that the letter was poorly worded.

– His purpose is to pay tribute to those who stood against Nazi Germany when they were attacked, he says.

Several of the party’s employees and elected officials who received the invitation call it unacceptable.

May end up in government

The Sweden Democrats were founded in the late 1980s as an “interest party for Swedes” and had their origins in racist groups.

Leading up to the 2018 election, the party worked hard to get rid of this stigma, and has partly succeeded.

Jimmie Åkesson has gradually tried to come to terms with the party’s past after he became party leader in 2005. In 2012, he announced zero tolerance in the party against racism and xenophobia and himself publicly distanced himself from such attitudes.

None of the other parties in the Swedish Parliament have nevertheless wanted to cooperate with SD, because they have been perceived as a populist party with racist roots. This has been changed for the first time in the run-up to the upcoming election.

On an average of the surveys, the SD is now Sweden’s second largest party and the largest on the bourgeois side with 21 percent. Høyre’s sister party, the Moderates, is at 17.1.