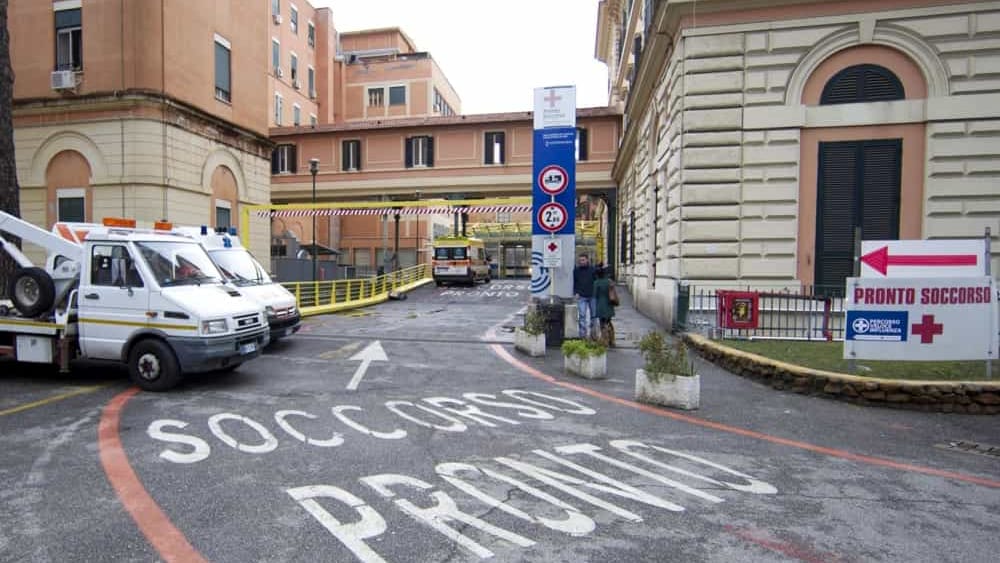 About thirty demonstrators stormed the emergency room of the Policlinico Umberto I in Rome during the night where one of the participants had been hospitalized at the protest against the green pass, breaking down the front door. “The situation returned to normal after a few hours with the intervention of the police – explains the councilor for health Alessio D’Amato, on site for an inspection – There are 4 injured, two between the police and two health workers “.

Councilor who this morning went to the university hospital accompanied by the general director of the Policlinico Umberto I, Fabrizio d ‘Alba and Francesco Pugliese Director of the DEA, where he visited the emergency room and met the operators on duty after the report of what happened yesterday after the demonstrations when one of the detainees was taken to the emergency room for investigations given the state of visible alteration shown.

“An unprecedented and intolerable attack that involved the Emergency Department of the Policlinico Umberto I, where last night, doctors and nurses were forced to seal the premises to stem the violent pressure of the demonstrators arrived by dozens. I wanted to thank our operators this morning. and our operators for their courage and dedication have not taken a step back against the violent and have always guaranteed assistance.The balance unfortunately speaks of two injured health workers, a nurse received a bottle in the head and two wounded officers. It is intolerable, hands off the health personnel! “.

According to what is learned, the protester had claimed to have been injured after trying to film the police involved in containing the guerrillas in Rome. Refusing to provide the documents he fled by hitting an officer in the chest. Once stopped, he then threw himself on the ground claiming to have been injured by the police. Denounced for resistance and injury to a public official and for refusing to provide his personal details once accompanied to Umberto I, he refused hospitalization and to be subjected to anti-Covid procedures.

During the triage, the man insulted and assaulted, not only verbally, some health workers and security personnel. At the same time, at least 30/40 violent demonstrators gathered outside the emergency room and targeted health workers with shouts and slogans.

“The intervention of the Celere prevented the situation from degenerating even if the violent force entrants in the Reception area frightened and threatened those present in every way – the director of Alba commented -. All the health workers, to whom the greatest support and closeness goes, for having been able to deal with this situation too, after almost twenty months of work on the front line against Covid – have in any case guaranteed their service, despite the climate of fear and intimidation. imposed by the demonstrators who were then removed from the express that guarded the hospital all night “

“I express closeness and solidarity to the health workers of the Polyclinic, to the police and to those who have been hit and injured in this attack”. Thus the president of the Lazio region, Nicola Zingaretti, commenting on the assault on the ready. Governor of Lazio who added that we must “condemn these insane acts of violence that must have nothing to do with the pluralism of ideas. Indeed, they are exactly the opposite. Violence, oppression and squadism should not only be condemned but also isolated and defeated. Proximity, therefore, to the operators who are doing their work, my message is that we are all with you and we will never leave you alone “.

See also  Orlando: "On the Green pass, yes to the Macron model"

“Violence – said Tizana Frittelli General Manager of the San Giovanni hospital in Rome – affects once again our operators and our doctors who work unceasingly every day with dedication to protect everyone’s health. SSN are guaranteeing assistance and care without ever backing down, not even in the face of unprecedented violence against the right to health. So our thanks go even more strongly to them. In particular I want to thank the San Giovanni emergency room from all the strategic management , nurses, doctors and all the operators, who throughout the night supported the assistance of the injured in the “no green pass” demonstration that devastated the historic center of Rome yesterday afternoon. which denoted a cultural short circuit because violent actions without any restraint against a health facility are not only aberrant but to be condemned without ifs and buts “.

The note from the Police Headquarters

As reported by the Rome Police Headquarters, Saturday 9 October, a no vax demonstrator was transported from 118 to the Emergency Department of the Umberto I Hospital who, during the demonstration, had behaved provocatively towards the police, hindering the activities police and resisting identification operations. Arriving at the hospital, he violently refused to be subjected to triage and the measures envisaged for the containment of covid -19. For these reasons he was placed in isolation, as a subject not subjected to the vaccine.

In the meantime, some relatives and friends gathered outside the hospital, who began to verbally rant against the health personnel, incited by the protester himself. Thanks also to the presence of police personnel, the group was removed in the company of the same protester. The nurses attacked have expressed their willingness to file a complaint against the demonstrator.