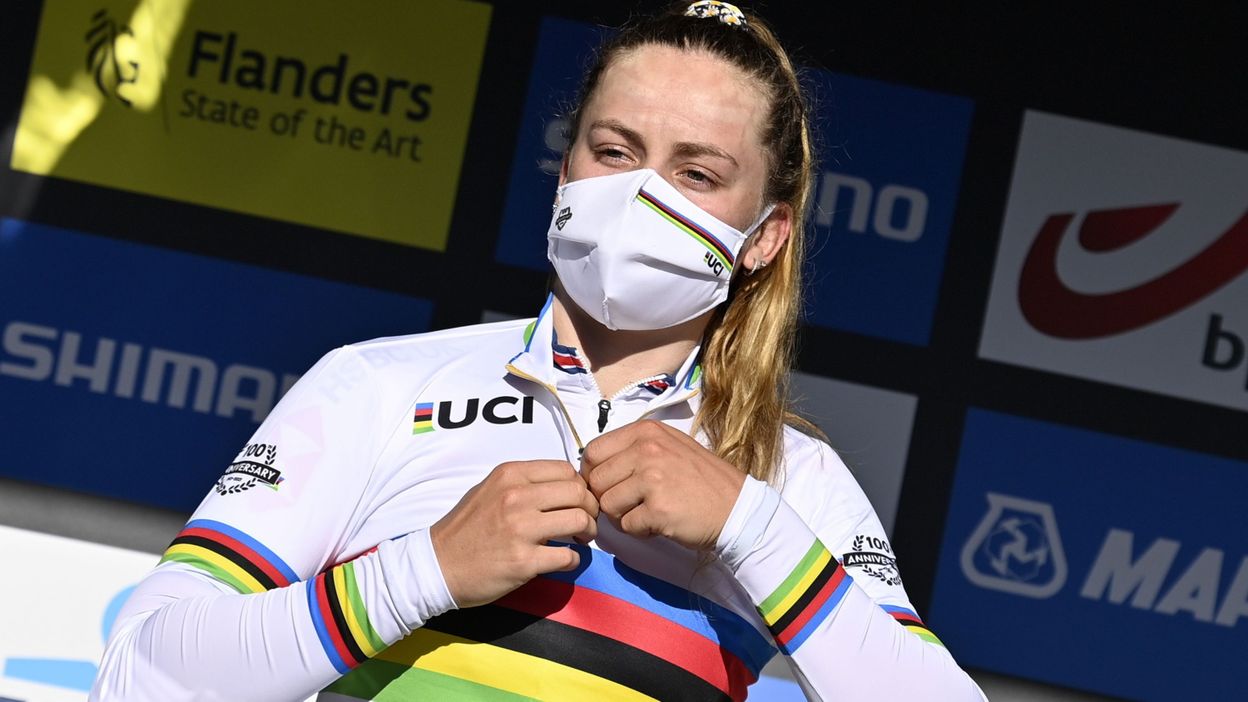 Zoe Backstedt is the new junior world champion! At 17, the Briton won after a thrilling end of the race. Isolated in the lead with the American Kaia Schmid for long kilometers, Backstedt was more powerful and swift to win the sprint and win the gold medal.

At 17, the daughter of the former Paris-Roubaix winner, Magnus Backstedt, succeeds Megan Jastrab, winner in 2019. “I don’t know how I did it, it was probably the hardest race I have done. I was just trying to keep our lead over the group coming back on us. I was in the lead with the American, we kept communicating and telling us “Come on, let’s go, let’s continue” and in the end it worked.“she explained, moved, after the race.

The German Linda Riedmann snatches a beautiful bronze medal after being the strongest of the chasing group, launched behind the leading pair. Well placed in the final but powerless, the Belgian Marith Vanhove finished in 7th place.

As a reminder, Jolien d’Hoore remains the only Belgian to have won in a world junior championship. It was in 2008.

See also  Olympics 2020: the Belgian Cats eliminated by Japan in the quarter-finals