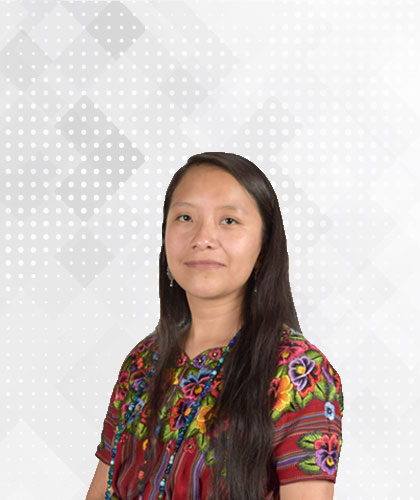 Extractivism devastates the environment, the effects of this are assumed by indigenous peoples, whose territories have been dispossessed and invaded by megaprojects, which, in addition to harassing communities, have destroyed the natural environment. Added to this, drug trafficking and its implications for deforestation. We talk about the effects of a “natural” disaster to omit that what we are really experiencing are the consequences of a political and economic model controlled by criminals, whose wealth has been forged through exploitation, slavery and pillage; it is in their hands that the State is.

This political and economic model was forged from racism, establishing a citizenship that not only did not take into account the native peoples, but was built to our detriment, since it is based on an idea of ​​a hierarchical nation, in which life of people do not have the same value, because some lives are worth more than others, because some were born to generate and work wealth and others to concentrate and manage it, making this a “natural” norm that has been repeated generation after generation; This has been the dynamics of the State since its foundation in these territories.

It is the historically impoverished and excluded groups who pay the consequences of this model, they are also the ones who support it financially, with their taxes and with their work, despite this they will never receive welfare from those who swore to protect their lives, since contempt towards these social groups defines the social relations in this country, one that is very rich at the same time that it is so poor, where girls and boys die of hunger in the arms of their mothers and fathers. They have made Guatemala an unlivable country for the majority.

If we do not build a different political model, the only thing that will change are the faces, because the powerful shield themselves and when it is convenient for them to make the population believe that they can “put” or “remove” presidents, when in reality power remains and will continue to be concentrated in the hands of those rich “invisible” who until now are untouchable. None of these rich people is or has been in prison despite embezzling millions of dollars from the State or despite having been proven crimes; laws work for those who finance them.

History repeats itself, which is why critical thinking is so necessary, to have the ability to read between the lines, to go beyond what they want us to see and pretend that we end up believing. The government is the visible face of those who control the country, which means that in Guatemala the president does not govern, just as the citizens do not really elect the presidents.

We need to turn our gaze to those who really have power in their hands and control it, because these, those who are now untouchable, are the ones who are truly responsible for the misery, those who kill us with impunity, from hunger and poverty. Don’t fool us!