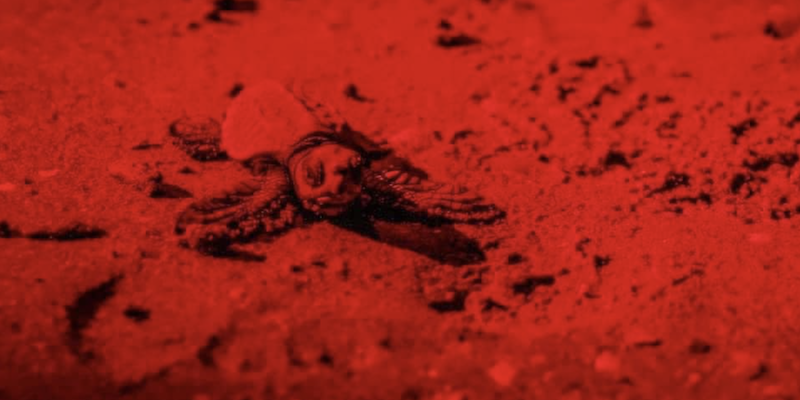 On Wednesday evening in Jesolo, Veneto, the turtle eggs hatched caretta caretta which had been deposited on the beach of the famous seaside resort just over two months ago. Although the caretta caretta they usually lay their eggs in different areas of the Mediterranean and also in Italy, it is the first time that their hatching has been observed at these latitudes. The causes of this exceptional phenomenon have yet to be analyzed, but one of the most widespread hypotheses among scientists is that climate change has to do with it, which has caused the warming of the waters of this portion of the Adriatic.

Diego Cattarossi, scientific director of the Tropicarium Park zoological park in Jesolo, he told al Padua morning that there are nine newborn turtles.

Cattarossi had been commissioned by the veterinary service of the local health company to follow the incubation of the 82 eggs that had been laid last July 9 at low tide, about 25 meters from the water: in the last two months he has worked with a group of veterinarians from the University of Padua and dozens of volunteers from various associations to care for and protect the nest, installing, among other things, a protective barrier to prevent swimmers from getting too close.

Cattarossi said the turtles emerged from their eggs within 10-15 minutes around 8pm on Wednesday, when the presumed hatching date had already exceeded the expected 60 days of incubation. His task, together with the University veterinarians, was to weigh and measure the animals before they walked towards the sea, a moment that he defined as “fundamental for the species, because it serves to memorize forever where the beach is. hatching, allowing the females to return to lay their eggs where they were born ».

All the animals weighed between 12 and 14 grams and their carapace was about 5 centimeters long.

To facilitate the entry of the turtles into the sea, the scientists created a corridor of sand: to protect them and at the same time observe their path for the first 10-15 meters they used a red light, so as not to disturb their eyes, positioning instead a white light in the sea to attract them in the correct direction.

Cattarossi said that among other things, the local administration had been asked to turn off the street lamps on the stretch of waterfront where they had hatched to avoid disorienting the little ones. Their entry into the sea was also followed by the biologists of the Regional Agency for Environmental Prevention and Protection of the Veneto (ARPAV) and by the operators of the Harbor Master’s Office.

After a long wait, the hatching of the Caretta caretta turtle nest has begun. @CetaceanTeam it is monitoring the emergence from the nest and the race towards the sea of ​​the small turtles.@Veneto region pic.twitter.com/Wl4K4N7yrH

“This is the most northerly nest in the world, a truly peculiar geographic location”, he said to Republic Sandro Mazzariol, associate professor of veterinary pathological anatomy at the University of Padua and coordinator of the CERT (Cetacean strandings emergency response team), which mainly deals with intervening in the event of anomalous strandings of cetaceans. Mazzariol explained that Tuscany has become “a habitual nesting place” for caretta caretta and that the northernmost nest observed in Italy up to now had been that of Pesaro, in the Marche region, in 2019.

See also  PSG: Choupo-Moting is unanimous after his exceptional evening!

At the moment scientists are “trying to frame the phenomenon”, but according to Mazzariol “the overheating of the sea is one of the factors that can explain it”.

One of the most plausible hypotheses is that there has been a migration from South to North, where the turtles have found ideal conditions to reproduce, both in terms of available food and temperature. After this exceptional nesting in Veneto, according to Mazzariol “it will be necessary to start thinking about a different tourism, a new policy in the use of the beaches, with a notable limitation of light and noise pollution”.

– Read also: We must learn how to breed sunflower starfish