“We do not club the fool, the hornet’s nest, tell them (the criminals) that we do know.… Intelligence is more important than force, before CISEN was there behind the opponents, behind us, seeing what we were doing or listening to phone calls. That is no longer done, nobody is heard in their conversations, nobody is spied on; it is intelligence, not espionage, ”said the President of Mexico, Andrés Manuel López Obrador, from the National Palace, just over a month ago, on June 25, in his morning conference.

That day López Obrador was questioned by the operation that was carried out in Celaya, Guanajuato, to capture Jóse Antonio “Y”, alias “El Marro; With which, the federal forces could only achieve the arrest of the mother, sister and cousin of the alleged criminal leader of the Santa Rosa de Lima Cartel.

That Saturday June 20 “El Marro” escaped them. But the capture attempt left narco-blocks, burning trucks and a wave of violence in Guanajuato.

After eight days, María Eva “N”, Marro’s mother was released. Previously 26 other people had already left who were arrested with the relatives of the alleged criminal leader.

One day after the liberation of the mother, sister and cousin of the leader of the Santa Rosa de Lima CartelLópez Obrador announced that an investigation would be carried out to clarify why it happened.

He stressed that if criminals were released, it was due to inefficiency and corruption in the judicial system.

“I very much regret this, it has to do with an aging problem, linked to two elements: inefficiency and corruption. SThere is always talk of alleged criminals being released, because the investigation was not well integrated and it is a way of concealing an agreement, a compromise, to put it clearly, They are always looking, I do not generalize, but if there are judges who are looking for a failure in the time of arrest, in anything, to release suspected criminalss”.

López Obrador assured that what is happening in Guanajuato was very “atypical”. An example, he said, is that the state attorney has been in that position for 12 years, despite the fact that it has become the entity with the most homicides in the country.

“Everything that is happening in Guanajuato is very rare, it is a state that has very high homicide rates, but it has been a while, and the judicial authorities are the same, the prosecutor of Guanajuato has been many years, 12 years, and there has to be a renewal in Guanajuato, of course I say it with all respect to the autonomy of the Guanajuato government, but what is happening completely is atypical, ”he explained. 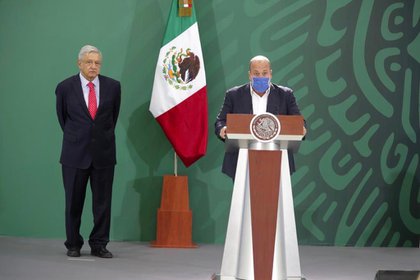 The state governor, Diego Sinhue Rodríguez Vallejo, responded to the president and asked him “not to politicize the issue of security in Guanajuato.”

PAN governor Rodríguez Vallejo’s relationship with López Obrador was tense, even before such statements. The state president had previously indicated that he did not attend the Security meetings, as the president has recommended to all the governors, and not only that, but that he “was not going to attend.”

The Mexican president did not remove his finger from the screed. The next day, he called on the Guanajuato authorities to carry out a “clean” in their security institutions, which “was not a personal matter.” 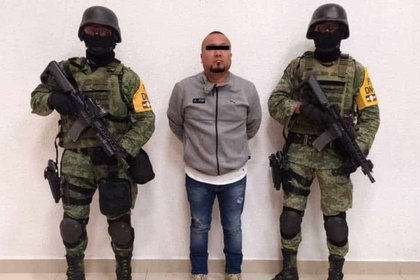 “It is not a personal matter, things are bad in Guanajuato in terms of the administration of justice … A cleaning has to be carried out, and the Guanajuato authorities have to do it, because it is not right, the people of Guanajuato do not deserve to live in anxiety, on edge because of the violence, ”he sentenced.

Two weeks, on July 15, after López Obrador was in Guanajuato on a working tour, in which, among other things, he inaugurated a National Guard barracks.

The first event of the tour was the Security meeting in which Rodríguez Vallejo had refused to participate. Later, López Obrador together with the PAN governor offered the usual conference of the president. 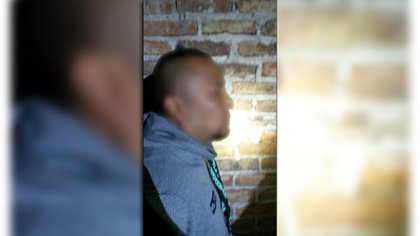 Diego Sinhue Rodríguez began his intervention by daily committing the said Security tables, and said, “It is wise to rectify.”

López Obrador for his part expressed: “The meeting was very good … we are looking to improve coordination between the state government and the federal government, the citizen governor has decided to participate in a joint strategy, regardless of the differences we have. ” 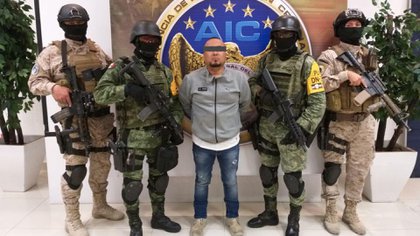 This Sunday, the governor of Guanajuato, through his Twitter account reported that he was arrested José Antonio Yépez Ortiz, alias “El Marro”, alleged Criminal leader of the Santa Rosa de Lima Cartel.

“I want to inform you that this morning in a joint operation between State and Federal Forces was arrested the main leader of a criminal groupl that operated in the Laja-Bajío region of the State of Guanajuato ”, wrote on social networks.

Then the Secretary of Public Security, Alfonso Durazo, also confirmed through social networks the capture of said criminal. 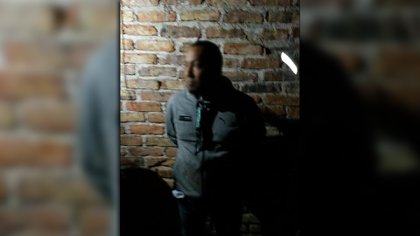 Durazo Montaño explained that they were met with “the legal formalities it will be transferred to CEFERESO del Altiplano to make it available to the federal judge who issued an arrest warrant for organized crime and fuel theft”, the security secretary wrote.

Guanajuato is the state that heads the list of intentional homicides in the country, concentrating up to 18% of the murders that occur daily in Mexico.

Timón coup: the operation with which “El Marro” was captured

The Ministry of National Defense (Sedena) He gave details of the operation with which the capture of José Antonio “Y”, alias “El Marro”, alleged leader of the Santa Rosa de Lima Cartel, was achieved.

Through a statement, the Mexican Army reported that along with “El Marro”, His security chief was also arrested, as well as four other alleged members of the criminal group.. 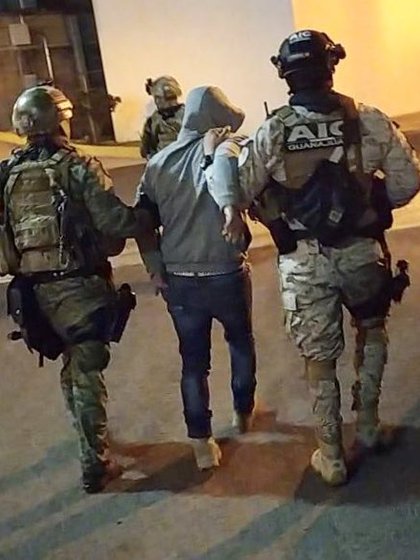 (Photo: Twitter Prosecutor General of the State of Guanajuato)

“As a result of intelligence activities of the Mexican state, Members of the criminal group were located in two buildings in the municipality of Santa Cruz de Juventino Rosas, Gto., Having obtained the search warrant issued by the competent judicial authority, and with strict adherence to the rule of law, the judicial mandate was completed, with the following results:

The probable leader of the CSRL, who was accompanied by a Saulo Sergio “N”, alias “Cebollo”, alleged head of security and four other elements of that criminal organization, who were assured of the following:

Five long weapons, three short weapons, a grenade launcher, a vehicle (pick-up truck), an ATV and a motorcycle, a suitcase with a number (pending confirmation of the quantity), ”says the text. 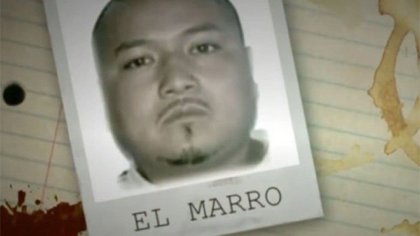 The final blow of the operation “Timon coup” was carried out this morning. This operation has been implemented for more than a year, derived from the violence generated by the Jalisco Nueva Generación Cartel (CJNG) and the CSRL in their dispute over Guanajuato.

The operation, led by elements of the Navy and Guanajuato security forces, began on March 3, 2019 in Villagrán. Although over the months, due to the movements of “El Marro”, the operations spread to other Guanajuato municipalities, like Cortázar.

“El Marro” managed to escape from Santa Rosa de Lima and evade the operation in March 2019, when more than a thousand elements from the Navy, Gendarmerie, State Forces, criminal investigation agents of the State Prosecutor’s Office and tactical groups participated in their search. . But not only that, it also evaded subsequent capture attempts in October and November 2019, and January and March 2020. However, to date hundreds of members of the cartel have been arrested, more than 20 properties and almost 100 vehicles have been seized, and around 330 accounts have been blocked by the Financial Intelligence Unit of the Ministry of Finance and Public Credit.

During the various operations, fuel transport vehicles such as pipe-type trucks have also been requisitioned.

“El Marro” belonged to the Los Zetas Cartel and although in 2008 he was arrested for the crimes of robbery and organized crime, He was released shortly after due to lack of due process. 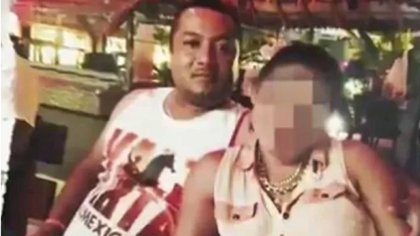 María “N”, mother of Marro (in the image) will appear this Saturday to define her situation (Photo: Special)

After his release he led a cell of criminals who were dedicated to the theft of fuel from the Pemex pipelines, an activity known as “milking” or “huachicoleo”.

Over time, this cell became a powerful organization called the Santa Rosa de Lima Cartel, with control of Guanajuato due to corruption networks and the communities that protect them.

“The situation in Guanajuato became very serious. (The Santa Rosa de Lima Cartel) It has a presence because it allowed itself to grow, it was not attended to in time, even for that reason it has a social base. Now that there were arrests many are linked because they were paid, there were payrolls to create an organization, they have bases in each municipality, it is a matter that comes from behind and was not attended to ”, López Obrador has explained on several occasions.

But the most powerful criminal organization in Mexico, the Jalisco Nueva Generación Cartel (CJNG), also seeks control of Guanajuato and the millionaire business of fuel theft.

Grenade launchers, long weapons and a kidnapped businesswoman: what they found in the den of “El Marro”

Maximum security: this was the transfer of “El Marro” after his arrest

Hesitant and reduced: the first interrogation of “El Marro”

Rise and fall of “Marro”: the truck robber who became the leader of the Santa Rosa de Lima Cartel