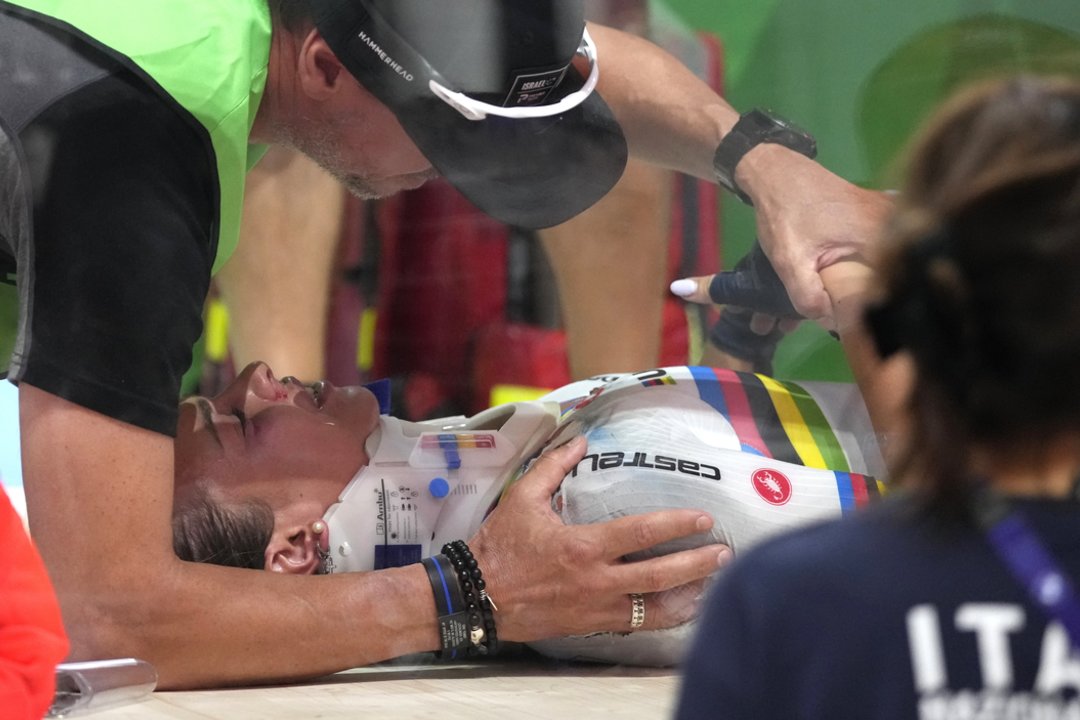 One of the race leaders, Italian Letizia Paternoster, lost control of her bike and fell in a massive crash.

Lithuania managed to avoid a collision, but the 23-year-old world champion did not get off the track, and the arena announcer urgently called for help.

A few moments later, a medical team was already standing by the Italian woman, who put a neck brace on the athlete. The athlete could leave the arena only with the help of a stretcher, she was taken to the hospital. The athlete is said to have suffered a head injury with a fractured right collarbone.

The racer was conscious in the hospital, but according to the Italian media, she no longer remembers the fact of the fall.

Due to this accident, it was decided to stop the race for a while, it was resumed a little later. O. Baleišytė took the sixth place in the competition.