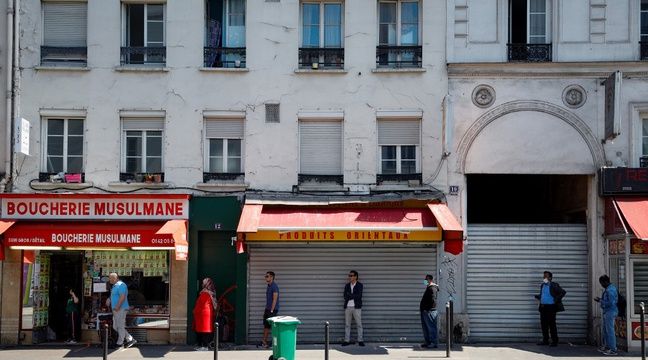 Eid-el-Fitr, the feast for the breaking of the fast that marks the end of the holy month of Ramadan, will take place on Sunday, the French Council for Muslim Worship (CFCM) announced on Friday evening. He recalled that the Eid prayer could not take place in the
mosques, closed due to
coronavirus.

“Given the context of the pandemic, Eid prayer [dimanche matin] cannot take place in mosques, “said the CFCM in a press release just after a videoconference between the main officials of this body at the Grand Mosque of Paris.

A federation comprising the CFCM, the Rassemblement des Muslims de France, “calls […] to celebrate the Eid prayer at home, individually or collectively in the small family circle “. As since the start of containment, the mosques are still closed. Ramadan, which began in France on April 24, was largely lived at home, the Muslim authorities discouraging any gathering.

The CFCM annually determines the start and end dates of Ramadan based on the observation of the lunar crescent, in accordance with the choice made by the main Arab-Muslim countries. Eid-El-Fitr or Eid al-Seghir is one of the two most solemn dates on the Muslim calendar along with the other Eid, Eid el-Kebir or Eid el-Adha. It is traditionally the occasion for family celebratory meals, visits to relatives and gift exchanges.

The CFCM also noted in its press release “the recommendation of the medical-scientific authorities and the public authorities” to resume religious ceremonies with the public “in June, to better analyze the effects of the lifting of confinement on May 11 on the health situation of our country “.