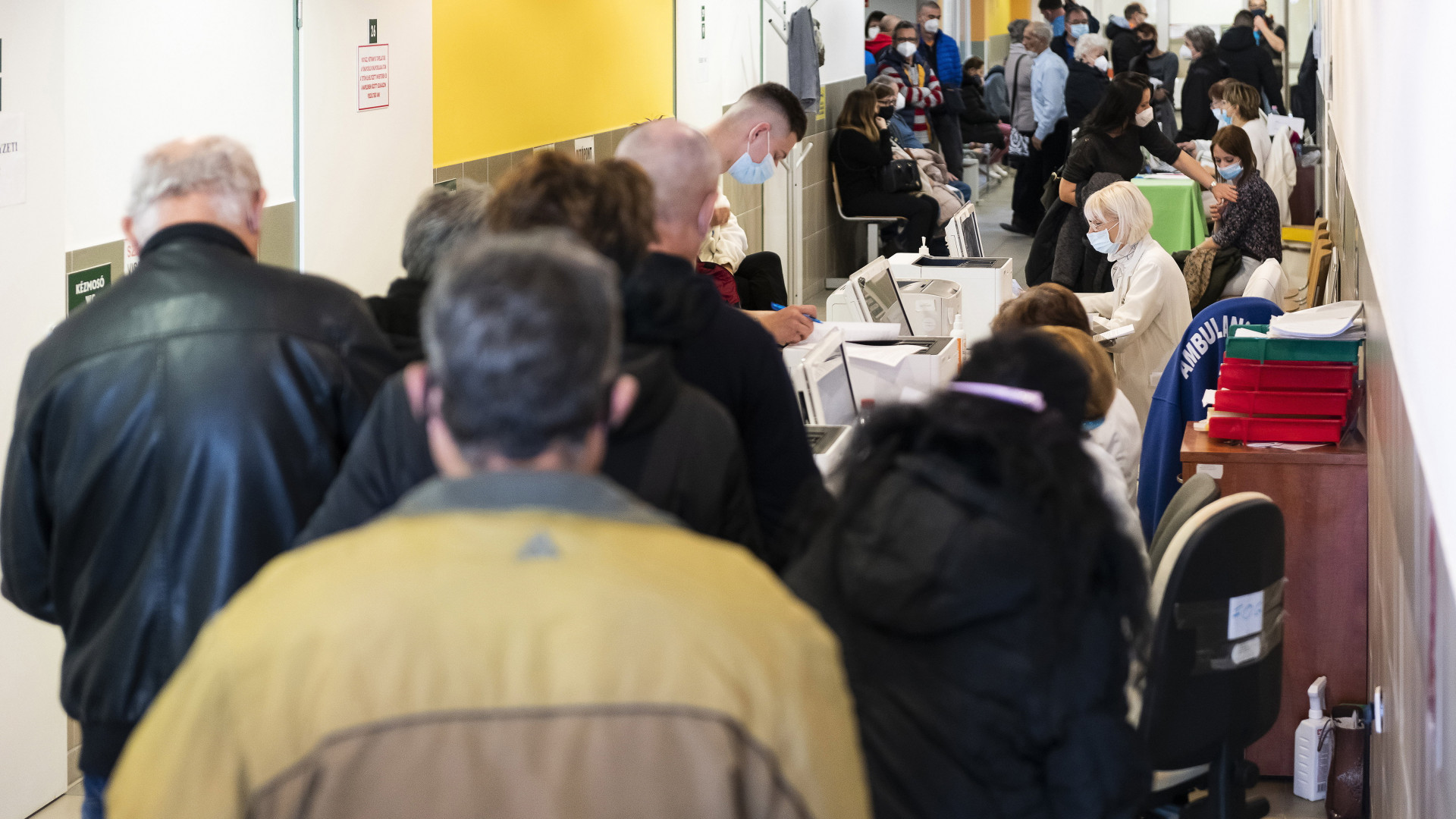 Already wave 5? It is mentioned by many

The fourth wave is already stronger than the second wave, which raged in the same period last year, in terms of several indicators. Based on the latest research projections, the current wave seems to be peaking soon. Gábor Vattay is the head of the Department of Physics of Complex Systems at Eötvös Loránd University forecasts that are regularly shared with the Portfolio in his latest act wrote that the current wave could peak in early December (Cecília Müller, national chief medical officer, said 1-2 weeks). Recalling the processes of a year ago, the question arises: how and to what level does the fourth wave ring, and whether and from what level does a fifth wave start, as it happened in the transition between the second and third waves, from January 2021. Barely a year ago, the second wave could not completely subside (as, for example, after the third wave this summer), neither in the number of cases per day nor in the death figures. The epidemic curve (7-day moving average) of the newly registered daily infected data did not fall below the 1000-person level, and the 7-day moving average of daily deaths could decrease to 77 from the 177-person level seen at the peak of the second wave. And from these non-low levels, the curves rose steeply during the third wave.

Some domestic experts are already talking about the 5th wave. “Anyone who wants to know if there will be a 5th wave of the coronavirus epidemic needs to pay attention to Israel,” he said. Béla Merkely, Rector of Semmelweis University a In the days.

And based on the statements of the last 2 weeks, it seems very much that the government is already considering the possibility of a 5th wave. Gergely Gulyás Minister in charge of the Prime Minister’s Office a november 18-i Government information he said that “further waves of epidemics cannot be ruled out. In the event of a fifth wave of epidemics, the person who received the third vaccination will be substantially protected, as the protection effectiveness of the first two vaccinations will be radically reduced after half a year ”. Viktor Orban and last week in his radio interview on Friday also brought up this topic. Then he put it this way, there won’t be a fifth wave if everyone inoculates themselves.

Ferenc Jakab, professor of virology at the University of Pécs three weeks ago (the most recent, A variant named Omikron before its publication) drew attention to the need to “prepare for the emergence of newer, stronger variants and more infectious variants and to prepare for another wave”.

The understanding of the formation of epidemic waves was well illustrated by this figure published in Nature in February this year. This indicates the factors that have a chance of eliminating the coronavirus, ie when we can get rid of the virus. Based on the scenario analysis below, it is easy to see that there is a chance that this virus will stay with us for a long time. The only question is in what form.

When looking for foreign examples, Britain and Israel are typically mentioned by experts watching the epidemic closely than those who are ahead of us in more respects (vaccination, waves, transfection). The two countries are also an excellent example of how differently the fourth wave could turn out with different parameters. In Israel, the fourth wave of the epidemic has virtually disappeared, while the epidemic curve is high at the British level and experts have been sounding the alarm in recent weeks. In the island nation, however, deaths did not go away, unlike in Hungary.

What can we learn from foreign examples?

It is clear from the British and Israeli examples that the differences in the parameters that determine the course of the epidemic affect the characteristics of the epidemic wave and the outlook can also be identified from these. There is a consensus that a possible new wave of the Hungarian epidemic will depend on the following factors:

Despite the vaccinations, this virus surprises everyone again and again

In the light of the corona virus, which is still raging in Hungary and throughout Europe, the last four waves can be stated:

everyone just runs after the virus, which can surprise decision-makers and entire countries over and over again.

In the recent period, even before several waves of epidemics have occurred, we have gathered what steps could be taken to avoid more and more waves, but it would not hurt to repeat them again:

In the long run, however, we can be confident that sooner or later the current epidemic will become endemic, meaning that the most likely scenario may be that the virus does not disappear permanently, with only less destruction due to vaccination and naturally occurring protection. severely ill, who thus put less strain on the health care system and the mortality rate will not be so significant). In the medium term, countries and patients may be helped to fight the virus with the help of oral therapies, which have been announced these days to prevent a severe course of the disease.

Cover image: People arrived for vaccination at the vaccination point set up in the Nyírbátor clinic of the Szabolcs-Szatmár-Bereg County Hospitals and University Teaching Hospital on November 26, 2021. The government is extending the vaccination action week from 22 to 28 November by one week, so those who want to be vaccinated will be available in 101 hospitals and specialist clinics across the country from 7 a.m. to 7 p.m. Source: MTI / Attila Balázs