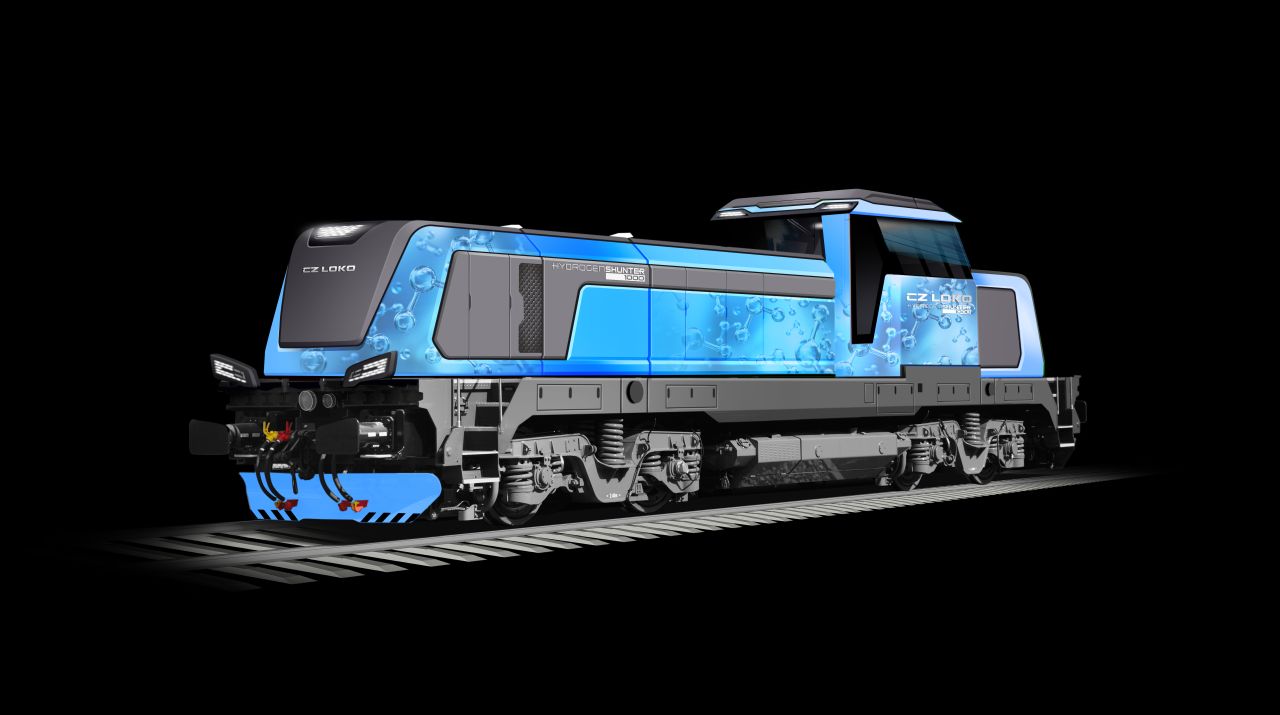 The company left work on the development of other locomotives with alternative drives.

The locomotive marked HydrogenShunter 1000 and with a maximum power of up to 800 kW should use hydrogen cells to recharge the traction batteries. The project is still in the feasibility study phase, which will show whether a prototype will be built.

“A green agreement for Europe, pushing for a reduction in its carbon footprint, is a big challenge for us. We are already developing two types of dual and two types of hybrid locomotives. We continue to monitor this trend and analyze in detail the advantages and disadvantages of these unconventional solutions. And hydrogen is another of them, because the Green Deal brings about a fundamental change in the behavior of the entire EU market. Unfortunately, the dynamics of change are much stronger than the market’s ability to adapt to them. “ said Jan Kutálek.

Other evolving CZ LOKO environmental projects with which the company connects the future include the battery-powered E-Shunter 300 for light shifting, the DualShunter 2000 for operation on dependent and independent traction, and the plug-in hybrid HybridShunter 1000 for shifting.

Kutálek pointed out that similar innovations often bring their “dead ends” and the company must therefore pay close attention to the operational suitability and sustainability of the chosen solution. This was also the reason why CZ LOKO abandoned the development of compressed natural gas (CNG) locomotives years ago. The technical solution managed, built prototypes, but the mass expansion, even after consultation with railway carriers, the company evaluated as unrealistic and completed the project.

See also  Gutkowski returns to the extra class with a loss; Destroyed for the cowardly team in the Czech Republic

A similar case was the TEM 35 hybrid locomotive for Russian Railways, which combines an internal combustion engine with a supercapacitor for starting, or the HybridShunter 400 dual locomotives, recharged from an external network and a backup internal combustion engine. Both solutions ended with prototypes that have been tested, drive systems and behavior verified, but these solutions are no longer being developed.

„Without these innovative projects, we would never have moved on. Thanks to them, we already know where not to, but we still only know where to go. We are looking for a variant that is not too demanding to build additional infrastructure, allows a modular solution and a common maintenance base with our other vehicles,“Kutálek pointed out. Finding solutions also includes easy operation, maintenance and service. The goal will be EU-wide homologation and affordability.

The DualShunter 2000 locomotive combines trolley power and an internal combustion engine, which enables operation on both dependent and independent traction. It is designed for light and medium line service and shifting. It should be put into operation in 2023 in Italy, two years later in the Czech Republic and then in the surrounding countries. It will be possible to replace the internal combustion engine with up to three battery containers charged from a trolley or external source.

The plug-in hybrid locomotive HybridShunter 1000 for shunting is to drive up to three battery containers with a total usable capacity of up to 600 kWh. The backup consists of an internal combustion engine for recharging the batteries. In terms of price, this will be an alternative to conventional shunting vehicles. The company wants to launch this type in 2026. It will be a product suitable only for a certain type of operation, which does not require continuous deployment or readiness. So for sidings, not line service.

„In our view, it is not a question of who will be first in the European market, but who will be the most successful and come up with the most effective solution. We are especially interested in that, “ added Kutálek.