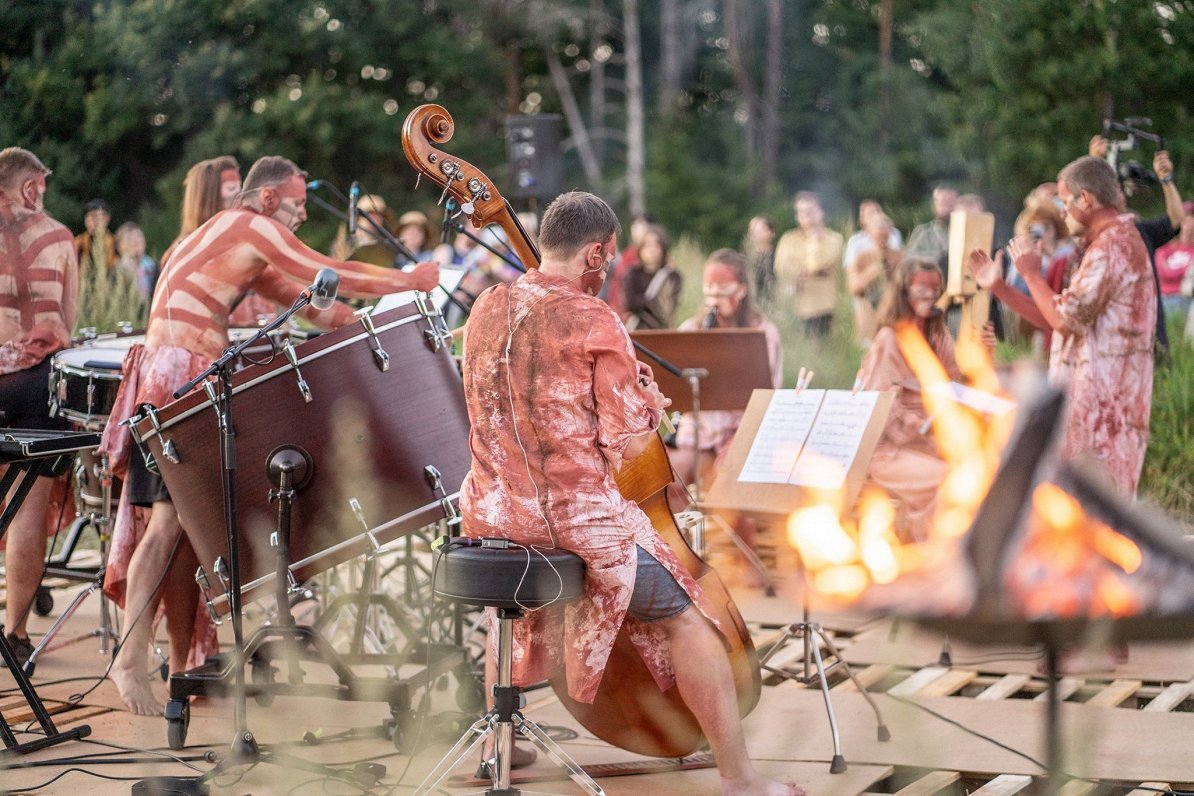 As informed by the organizers of the festival, the ninth festival “Sansousy” in the center of Aknīste started on Friday afternoon with a prologue – the interdisciplinary performance “Bangas” by Sandija Santa and Anna Maskava, which was created during the welfare residency program of “Sansousy”. For a month, the artists collaborated with residents of the local psychoneurological hospital and health and social care center – both by talking, by completing text-writing tasks, and by creating drawings, as a result of which a visual and audio performance was created.

The opening concert of the festival “Basso continuo in the light of electronics”, which brought together singer Monta Martinsone, harpsichordist Gertruda Jerjomenko and composer and sound artist from Lithuania Mantauts Krukauskas. The program was based on 17th-century Italian composers’ monodies for voice and basso continuo (a type of accompaniment mostly characteristic of baroque music), combining the ancient sound with the musical sounds of modern technology.

The new work “Hēsihija” by composer Anna ķirse, which was created in collaboration with artist Katrīna Neiburg, had its first performance in a new meadow outside the festival area. The composition was inspired by some preserved lines of Parmenides’ poem, using the ancient Greek language in the chants.

The evening continued with chants, only complemented by inclusive choreography and moving sound. All this came together in the show “Satikt” created by the association IevaKrish.

At the end of the first evening, before the 20-minute disco, led by Mantautas Krukauskas, there was an organ performance a fight between Ilona Birgeli and Ati Anderson, in which the legendary “Hammond” organ sound was set for the classical organ repertoire. In between, the poetry of Ieva Viese-Vigula was heard.

See also  Musician Don releases a new song and announces a summer concert in Sigulda / Article
Error in the article?