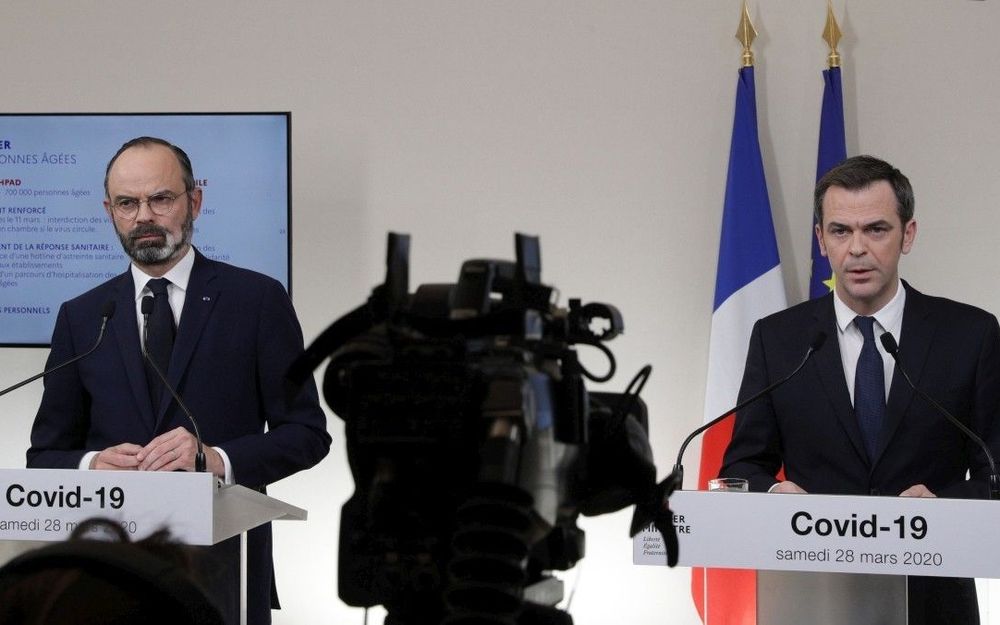 Accompanied by several specialists in the fight against the coronavirus and the Minister of Health Olivier Véran, Edouard Philippe spoke this Saturday late afternoon during a press conference in Matignon, the day after the announcement extension of confinement until April 15.

Under judicial pressure, with procedures multiplying against him, the government wanted to be “clear and frank”, in the words of the Prime Minister.

“The fight is just beginning, the first fortnight of April will be even more difficult than the fortnight which has just passed “, said Edouard Philippe in preamble. Then he welcomed” a collective effort “,” first that carers, admirable, courageous, committed “,” but also the remarkable effort of those who, in the second line, ensure the continuity of the life of the nation “.

The head of government also underlined how, in his opinion, his decision-making had been done in a favorable manner. “At the time when we made this containment decision, there were less than 8,000 cases on the national territory and less than 200 dead. Everyone will be able to appreciate the moments when the governments of other countries made this decision, but I will not let nobody say there was a delay in making the decision on containment. ”

Faced with criticism from the opposition and a part of the medical profession, he launched:

“When the time comes, we will learn together the lessons of the crisis. I am not one of those who discard their responsibilities. Some think they know perfectly what should be done and do not hesitate to formulate ex post criticism. I leave them this luxury ” Edouard Philippe

This Saturday, 319 people died in a single day, and 4,273 people are currently in intensive care.

Authorities hope to see “the first impacts” of containment measures at the end of next week “, said Dr. Arnaud Fontanet, epidemiologist at the Institut Pasteur, a member of the Scientific Council installed by the government.

“To be able to estimate the impact of these containment measures on the main indicator, which is the number of daily cases of admissions to resuscitation, we will have to wait a bit,” he said. “We won’t be able to see them and, hopefully, not until next weekend.” Thanks to the measures taken (barrier gestures, social distancing, confinement), the objective is to reduce from 3 to “less than 1”, the “basic reproduction number” of the virus, that is to say the number of people infected by a sick person. “If a patient infects less than one person, the epidemic will decline,” said Professor Fontanet.

The government wants increase the number of intensive care beds to “14 to 14,500”, against 5,000 initially, to cope with the influx of patients caused by the Covid-19 epidemic, said Olivier Véran. who also clarified that France had ordered “over a billion” masks especially China to deal with the epidemic. “A narrow and intensive air bridge between France and China has been set up in order to facilitate the entry of masks into our territory”. Remember that France needs 40 million masks per week.

Olivier Véran, indicated that he was going to ask “Ehpad-type establishments to go towards individual isolation “ for each of their residents in order to “go further” in protecting the elderly against the coronavirus. He will also ask to “test in priority for the virus the personnel who work within the Ehpad”, accommodation establishments for dependent elderly people.

“We have to go further to protect these particularly fragile elderly people and make even more difficult decisions.” Already, “some establishments” practice this isolation in a single room to “protect residents of nursing homes from the spread of the virus,” he said. And “wherever possible, I will encourage any move so that the staff who works tirelessly already within the Ehpad can go out as little as possible of these establishments to take the least risk of him coming back with the virus. “

Edouard Philippe denounced the remarks and reflections that some caregivers, on the front line in the fight against coronavirus, receive from their neighbors worried about possible contamination. Deploring the “dark part” that can re-emerge during such a health crisis, the Prime Minister criticized “these scandalous words of a certain number of people who worry about the presence on the landing next to their home or in – nurses, caregivers or doctors below them because they would be exposed to the virus more than others “.