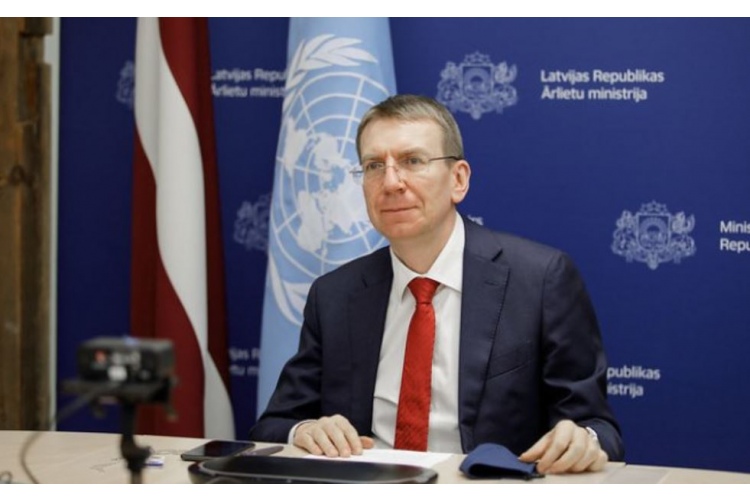 On April 1, 2022, in Tallinn, Estonia, Foreign Minister Edgars Rinkēvičs participated in the international conference “Small States in the UN Security Council – Working for Peace to Overcome the Disaster of War.” The aim of the conference was to look at the role and opportunities of small countries in the UN Security Council, including in the context of Russia’s aggression against Ukraine.

Speaking at the conference panel on the influence of small countries in the era of great power competition, E. Rinkēvičs emphasized the importance of multilateral diplomacy in the implementation of the foreign policy efforts of small countries. The Minister pointed out that small countries are able to influence the work of the UN Security Council by ensuring that their thematic priorities and regional security threats are addressed. They can be skilled negotiators and offer compromises on complex issues.

E. Rinkēvičs drew attention to the urgent need to reform the UN Security Council, in which Russia, as a permanent member, is blocking decisions and promoting resolutions in the context of its own hostilities.

In order to defend the international order based on the rule of law, democratic values ​​and to participate in the solution of global peace and security issues, Latvia will run for the first time in the 2025 elections to the UN Security Council.