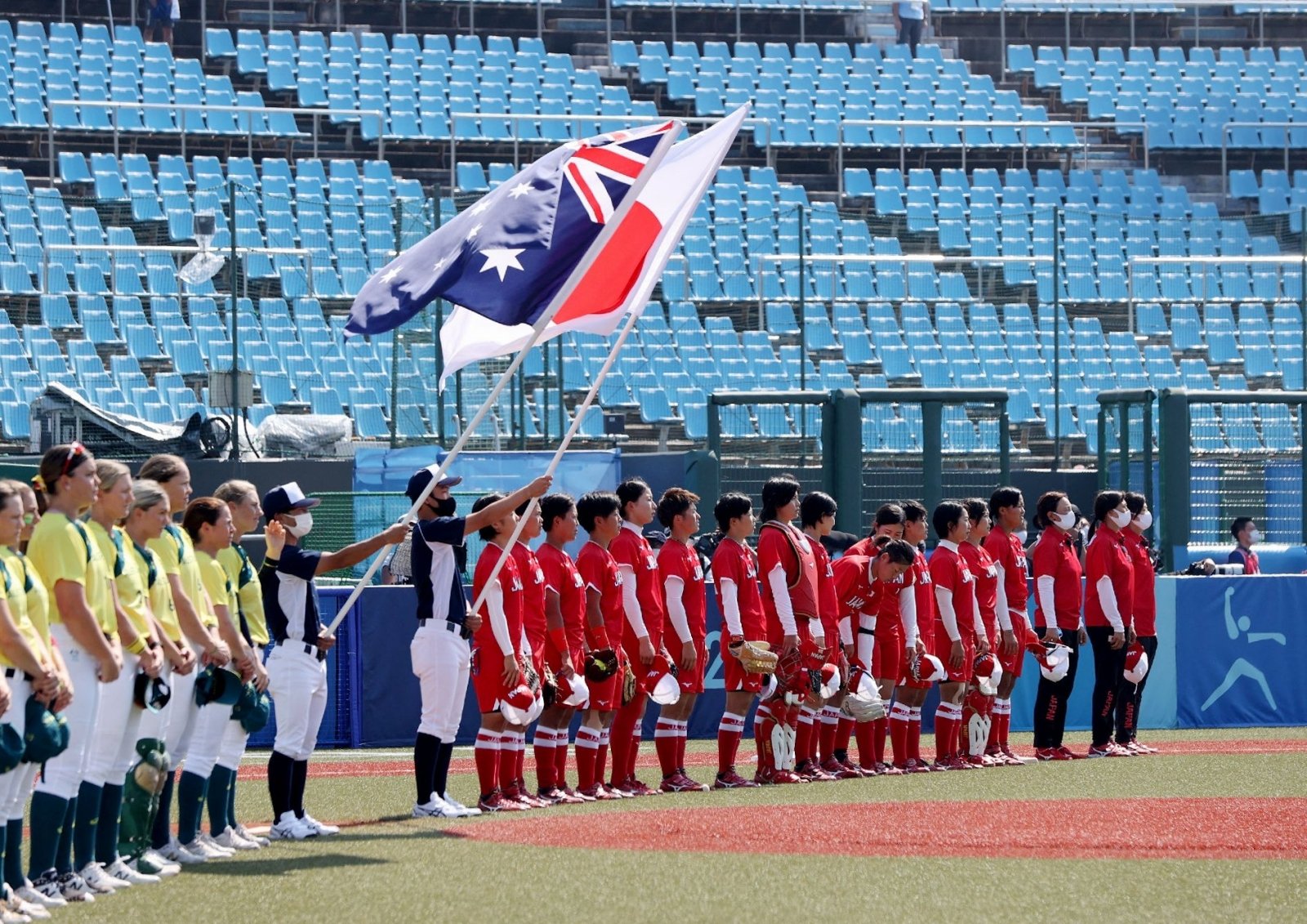 The Fukushima match was won 8: 1 by the Japanese, who theoretically defend the title of Olympic softball champion. Theoretically, since softball was last included in the games program back in 2008 in Beijing and later removed from it for a while.

The first official match of the Games was not played in Tokyo, but in Fukushima, an empty Azuma baseball stadium.

There will be women’s softball and men’s baseball tournaments.

Fukushima as one of the game centers selected by the decision of the organizers to show this prefecture of Japan again as safe for tourists and guests after the flood and nuclear disaster that occurred in 2011.

However, guests from abroad will not be destined to visit this region, which is 240 km from the capital Tokyo, as it was decided to organize the Games without spectators due to the spread of the coronavirus pandemic.

Thus, only the participants themselves, journalists and game organizers will visit the sports facilities in Fukushima.

The losing Australian captain Stacey Porter said after the first match that it was a pleasure to take part in the all-opening match of the Olympics, but the environment was unusual.

“We will have to get used to empty stands. We constantly unconsciously looked after them, because we are used to seeing fans there, but this time it was different, ”she noted.

“Despite everything, the atmosphere was good,” added team player Kaia Parnaby.

After the already mentioned matches, the USA and Italy national teams also played in the same place – the American world champions won 2: 0.

Softball at the Tokyo Olympics: Australia vs. Japan

According to the USA Media portal based on local media, the morning of the competition in the park next to the stadium was uncomfortably empty, but one of the “game spectators” was found by the staff supervising the environment. It turns out that a brown bear was walking around the stadium in the park.

“We have received such information from various sources,” the local police chief confirmed.

“We tried to find an animal in the park and remove it from the territory, but so far we have not been able to do so. Fortunately, there are no spectators in the competition, so there is no danger – the park is big, and we continue to search for bears, ”he added.

Baseball and football tournaments will also start shortly before the Games Ceremony.

Officially at Tokyo Stadium games will open on Friday afternoon in Lithuanian time and will last until August 8.