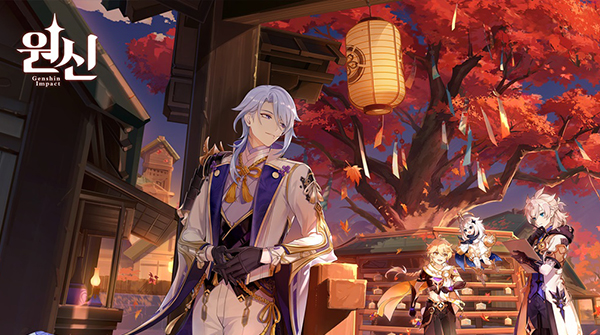 Ayato Kamisato, who leads the Kamisato clan, arrives at the original shrine soon.

Hoyo Bus will proceed with the 2.6 update on the 30th, including a new character, Ayato Kamisato. The new 5-star character, Ayato Kamisato, is the head of the Kamisato family, which serves as Yashiro, and uses a one-handed sword as a weapon. He has the ability to deal large area damage to enemies in a short period of time and increase the effectiveness of his team’s basic attacks.

2.6 Update You can obtain Ayato Kamisato and Venti by requesting a character event, and Ayaka Kamisato by requesting a subsequent event. In addition, Ayato’s exclusive weapon ‘Haran Moonbaek’s Futsu’ is added to the weapon event origin.

Next, as a new area, the ‘stratified Geoyeon’ at the western end of Liwol will be opened. Stratified Geoyne is Liwol’s main ore source and consists of a magenta area and a deep underground space. A new device, ‘Young-Seok Yoo Catalyst’, can be used to light up the dark underground. It was closed due to a mysterious accident in the past, and now it is occupied by monsters, treasure hunters, and the Wooin Team.

When you complete the new main story and new legendary mission ‘Song of Souls that resounds in the abyss’, the boss monster ‘The Snake of the Ruins’ and the unknown danger of the abyss appear at the end of the stratosphere. A new Legendary mission introduces Dane Slape, who hasn’t been seen in a while. In addition, in the new area, four-star weapon prototypes and new business cards are provided.

In addition, at the Irodori Festival, various rewards are provided along with missions such as a themed photo shoot for the Monde Bards, upgraded institutional defense, sword fighting, flower arrangement, etc., and completing all challenges will give you a 4-star character hangout.