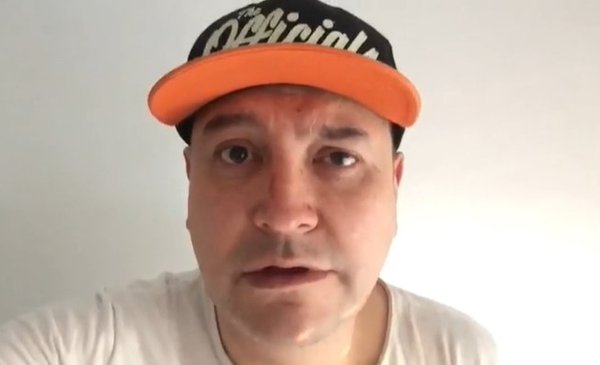 Yesterday morning, pop singer Leo García claimed to have suffered a homophobic attack after making an insinuation to a man. As he related in his Instagram stories, the attack had occurred the night before in a brewery in the General Rodríguez area, where he lived in an apartment for several months.

With her face bloody from a cut on her forehead, Garcia stated: “This is not makeup. It’s how they left me in General Rodríguez, the place where I live. I’m good, I talked to a guy and gave him a gay vibe. When I threw a gay vibe on them, that’s how they responded ”.

Faced with these publications, the Justice of General Rodríguez initiated an ex officio investigation and visited his department on three occasions to take statements. García spoke little and even refused to do so on the second occasion, asking that they not interfere in his private life. Finally, he appeared at a nearby police station and testified before the prosecutor’s office on the file.

At the same time, security camera videos showing the beating were examined. According to sources consulted by Infobae, the analyzed images deny García’s story. What is seen in the document appears to be “a drunken fight.”

In the file, they were able to observe that the beating did not occur at the El Gran Capitán brewery in Presidente Perón, as an initial version of the events had suggested, but at a kiosk a few meters away, with tables on the sidewalk where neighbors drank beer.

According to witnesses, Garcia arrived at the scene at 1:30 AM, visibly upset, wearing a gray hooded jumpsuit. At that moment he asked for a liter beer, which he was denied. The young woman who attended the place did not recognize him immediately, despite his typical shaved eyebrow.

The singer then went to one of the tables and allegedly verbally attacked two men who were drinking. Cameras show, he took a glass from the table and broke it.

Then the crossing occurred. Garcia was pushed by one of the two young men. He yelled back. Then he was hit.

The Buenos Aires Police certified his injuries yesterday afternoon – a blow to his forehead and another to his lip – after he appeared at a police station in the area. He assured not wanting to file criminal action, but the prosecution of the case will continue with the instruction. The identity of the aggressor who hit him is not recognized, since the video shows him from behind, but it is assumed that he is a neighbor in the area.

In his story, García claimed to have suffered the attack solely because of his sexual orientation. The man who hit him, according to his testimony, insulted him in that regard. He also talked about his posts on Instagram. He claimed to have done them because “he felt alone”, a clear request for help. In them he is notably contrite and claims to want to “die.”

The prosecutor in the case, then, alerted a family court to intervene on García’s situation, out of clear concern for his health and with the antecedent of “Chano” Moreno Charpentier, shot by a policeman in his home in Exaltación de la Cruz. (Infobae / La Nueva.)