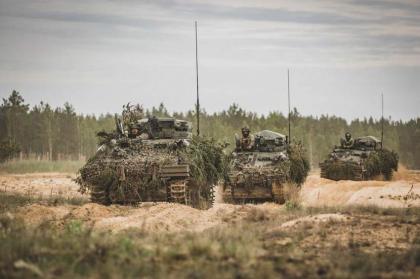 The annual military exercise “Winter Shield 2021”, in which the Latvian and Lithuanian Armed Forces and the NATO Battle Group in Latvia participate, will continue from November 22 to December 4, the LATA news agency reports on Saturday, referring to the Ministry of Defense.

The joint exercises will take place at the Ādaži landfill near Riga in order to train the units and acquire their defense capabilities, as well as to develop co-operation and cohesion for the protection of the Baltic region, the media reports.

The international battle group in Latvia has more than 1,500 military personnel from Albania, the Czech Republic, Italy, Iceland, Canada, Montenegro, Poland, Slovakia, Slovenia and Spain, who are performing their duties in the Baltic States.

At the 2016 NATO Summit in Warsaw, NATO decided to deploy international troops in Latvia, Lithuania, Estonia and Poland at their request.

See also  Tour de France: the riders will take the start of the 4th stage and ask to adapt the 3 km rule